Shudder, AMC Networks’ premium streaming service for thriller, suspense and horror, invites fans to its panel, booth, and a special screening/Q&A at this year’s New York Comic Con, October 4-7 at the Javits Center.

Get a Sneak Peek at Shudder’s New Shows Panel
October 4, 4:15pm–5:15pm, Room 1A10, Javits Center
Let Walking Dead and FX master Greg Nicotero, drive-in critic and icon Joe Bob Briggs, curator Sam Zimmerman and other guests take you into the world of horror, thrillers and suspense as they talk about what’s coming next on Shudder. Join our panel as Greg talks about his new Creepshow TV series, Joe Bob discusses the upcoming “Dinners of Death” and “A Very Joe Bob Christmas” specials for The Last Drive-In, Sam offers a preview of the highly-anticipated Sundance Now and Shudder Original series A Discovery of Witches and more.

A Discovery of Witches Screening and Q&A
October 5, 6:30pm–7:30pm, Room 1A06, Javits Center
Join author Deborah Harkness for an exclusive screening of the exciting new drama, A Discovery of Witches, followed by a Q&A where she dives into her mysterious and thrilling world of vampires, witches and daemons. Based on Harkness’ bestselling and critically-acclaimed novel of the same name, A Discovery of Witches – a Sundance Now and Shudder original series – is a captivating modern-day love story set against the backdrop of Oxford academic life. Historian Diana Bishop (played by Teresa Palmer), a reluctant witch denying her heritage, accidentally discovers a long-lost bewitched manuscript and is immediately thrown into the heart of a dangerous underworld…and into the path of enigmatic vampire and geneticist, Matthew Clairmont (played by Matthew Goode). The 8-episode series, which will premiere on Shudder in early 2019, is produced by Bad Wolf – the creative team behind “The Night Of” and “Doctor Who.”

Shudder Booth: Meet the Meat Servant
Booth #330
NYCC attendees won’t want to miss their chance to meet the Meat Servant at Shudder’s booth. The memorable creature from Channel Zero’s third installment, Butcher’s Block, will be on display for courageous fans to encounter. While there, attendees can stock up on Shudder swag, including limited edition Shudder enamel pins available to those who sign up for the service at the booth, while supplies last.

About Shudder:
AMC Networks’ SHUDDER is a premium streaming video service, super-serving fans of all degrees with the best selection in genre entertainment, covering thrillers, suspense, and horror. SHUDDER’s expanding library of film, TV series, and originals is available in the US, Canada, UK, Ireland, and Germany on most streaming devices for 4.99/month or 49.99/year. To experience SHUDDER commitment-free for 7 days, visit www.shudder.com. 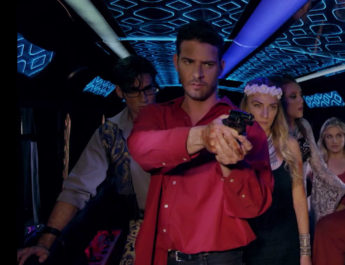 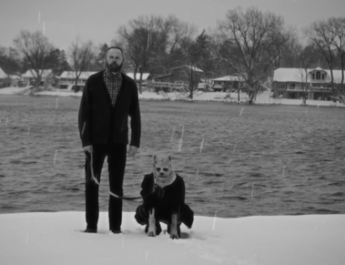 Official Trailer for GREENWOOD’S PLOT! from the Producers of GLORIOUS and FOLLOWED