As school gets back in session and the colder fall winds roll in, the official horror season begins. This year is no different with The Nun quickly becoming a box office success and shows such as Hulu’s Castle Rock and the latest installment of FX’s American Horror Story sending horror fanatics buzzing online. Another medium taking advantage of the recent horror resurgence is the video game world with the upcoming releases of Resident Evil 2 and Days Gone. Another title worth paying attention to is Chance6’s recently released psychological horror game COLINA: Legacy. With any great horror project comes a great horror score, so below the game’s composers, Matthew Carl Earl and Jason Walsh of Hexany Audio discuss their process for creating an appropriately eerie atmosphere for horror. COLINA: Legacy is now available on Steam.

1) How did you initially become involved with COLINA: Legacy?

Jason: Chance6 originally approached us for sound design on COLINA: Legacy, so for more than a year I was exclusively working on putting together the sound for the game.

Matthew: I actually started on the project a bit late, but I was already somewhat familiar with the gameplay and story. But earlier this year we got the green light from Chance6 to start filling out the game with custom music, and that’s when I officially came onto the project.

2) Chance6 Studios developed and published the game. How closely were they involved with the music aspect?

Matthew: Chance6 was the perfect client when it came to creative freedom. They were very receptive to any cool ideas we had and gave us free reign to do what we thought would influence the game best.

Early on we discussed the story and plot and what the really important ideas we wanted to help along through music, so we were already on the same page. There were also a couple instances during development where the gameplay was actually modified to help with the audio flow. Really a ‘dream come true’ for composers working in this genre.

3) What was your scoring process like for this game? Were you looking at drafts of the game from a very early stage?

Matthew: Jason and I sat down together as soon as we got the ‘go ahead’ to start the music and we discussed how our workflow would work and what ideas we could draw from, we then had a meeting with the developers and shared some of our ideas and vise-versa.

Jason actually wrote the first piece for this game which was just this descending 4-chord progression, that starts kind of sad, then gets a bit wondrous, and then progressively more and more ‘messed up’ sounding. It is a really great motif that reflects the dark and heavy themes in the game and we decided to base a ton of the music in the game off those 4 chords.

We then divided the sections of the game based off of what was the most inspiring to each of us and went to work. Though as the process went along, those divisions became more and more blurred, which really is the desired effect whenever you have multiple composers working on the same project.

4) We heard that you got some inspiration for this game’s score from other horror titles such as Silent Hill and Resident Evil. Can you elaborate on this? What are some of your favorite horror games?

Matthew: Absolutely. Silent Hill and Resident Evil have made such a strong impact on the horror video-game genre that it’s near impossible not to be influenced by them in some way. The score for Amnesia: The Dark Decent was also a big influence in the way that we chose to use music to reward the player for progressing in the game and not so much ‘background music’ that loops continually.

Jason: The soundtrack of Silent Hill 1 has all these thick layers of groaning ambiences made from scraping metal and other organic textures. It makes for a really dark atmosphere, but it’s barely musical. Silent Hill 2 and 3 have all these lonely, otherworldly songs totally comprised of strange tones and loops. I wanted to create something that fits somewhere in between those two ideas.

5) You have scored a lot of non-horror gaming titles. Does your approach to a game like COLINA: Legacy differ from a superhero type game?

Jason: Most definitely! With horror games, I think the mood and atmosphere of a game can help establish the direction for the music. From there, you are given a lot of freedom with how musical or non-musical it can get. The music plays a role that is sometimes informative of things happening in game, and at other times it’s there as background, adding to the vibe. Generally arrangements can vary a lot more in their instrumentation- often times not even having any standard or recognizable instruments.

Matthew: Scoring a game like this is a completely different experience. It really feels less like ‘scoring a game’ in the traditional sense and feels a little bit more on the sound design side. The goal of the music isn’t to have beautiful music that fills the soul and is to be played in a concert hall. The music is meant to get under the player’s skin and into their mind, making them feel uneasy and unsure of what will happen next.

6) What types of instruments did you find yourself using most for this game?

Jason: A lot of content I made was sample instruments created from all the recordings of me bowing random objects around the office. (Metal trashcan lids are great for this if anyone was wondering.) I edited them in a way so they have some sense of musical pitch, but only for short moments. When you layer the sounds on top of each other it creates this interplay in the chords where pitches come and go at different times- it was a pretty cool effect. Other common things I used were vocal drones and samples taken from recordings of random speech and percussive sounds, which were heavily modified with distortion and filters.

Matthew: I also used a lot of my own voice as textural elements in the music.
But, the majority of the instruments themselves aren’t too strange or out of the ordinary, it was the way that they are used that feels unfamiliar and foreign. A lot of processing and time stretching applied to these sounds beyond recognition lead to the sounds you hear in the game.

7) Given the surge of the horror genre lately, do you think this game could ever be made into a film?

Matthew: That would be amazing, and it would definitely work. There is a lot of great material in the plot that would translate well into a film. Though, it would for sure have to be rated “R” haha.

You can learn more about Matthew Carl Earl at www.matthewcarlearl.com

Animatic Pitch for “The Legend of Carrico Road” 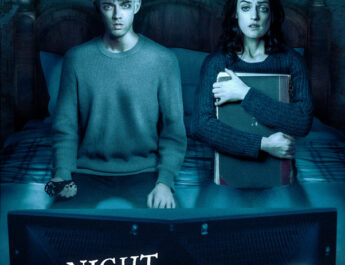 NIGHT AT THE EAGLE INN Gets UKI and ANZ Release 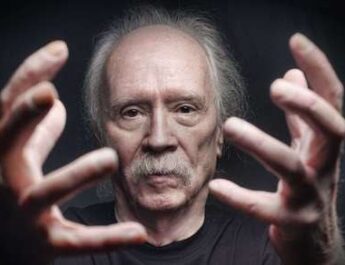