Bagans Will Attempt to Open the Most Haunted Object Known to Exist: The Dybbuk Box

The Frights Continue When an All-New Season of the Hit Series Premieres
Saturday, November 3 at 9 p.m. ET/PT

Be afraid. Be very afraid. For 10 years, “Ghost Adventures” has brought chilling ghost investigations into viewers’ homes, creating unforgettable paranormal experiences for those brave enough to watch. In celebration of the scariest night of the year, Travel Channel has lined up a ghostly event to die for – “Ghost Adventures Live” premieres Wednesday, October 31 beginning at 8 p.m. ET/5 p.m. PT. On the one-year anniversary of the museum’s opening, the “Ghost Adventures” team – Zak Bagans, Aaron Goodwin, Jay Wasley and Billy Tolley – will lock down inside Bagans’ Las Vegas Haunted Museum in a special four-hour live Halloween investigation, hosted by special guest Josh Gates of “Expedition Unknown.” The team will investigate the 33-room historic mansion brimming with hauntings from its own dark past – and that now houses thousands of haunted objects, some so frightening and powerful they can’t even be touched, including Peggy the Doll who is known to cause heart attacks and the infamous Dybbuk Box, believed to be haunted by a malicious spirit.

Sealing themselves inside to face these extreme supernatural forces head on, and using the most advanced technology and equipment, the “Ghost Adventures” team will push themselves further than they’ve ever gone before. Over 30 cameras will capture the event live, while host Josh Gates will liaise between the dedicated nerve center and evidence review area positioned on site. In an unprecedented move, Bagans will attempt to open the Dybbuk Box, quite possibly evoking paranormal mayhem.

Anything can happen, and an exorcist and ambulance will be on location just in case. With the help of special guests and experts – including Dave Schrader, Lady Snake, Chris Fleming, Michael and Marti Parry, Bill Chappell and others – it’s sure to go down as one of the most terrifying nights in paranormal history!

“I’m excited for fans to join us on this special LIVE investigation at my Haunted Museum, which has its own sinister history. Many dark rituals took place at the house in the 1970s, and the residual effects can still be felt,” said Bagans. “After 10 years, our passion and enthusiasm for investigating the paranormal is only growing more powerful the more we develop our connections with every spirit and location we visit. So get ready for an unforgettable Halloween and some more incredible new episodes of ‘Ghost Adventures!’”

Through an on-location live video stream, viewers can monitor all of the “Ghost Adventures Live” activity on Travel Channel’s Facebook Live platform and comment on any findings in real time, using #GhostAdventuresLive. Comments will feed directly to Travel Channel’s Social Command Center, monitored by digital host Andrew “GUNNAROLLA” Gunadie, who will share with Josh Gates and the “Ghost Adventures Live” team.

The frights don’t end on Halloween. An all-new season of “Ghost Adventures” returns on Saturday, November 3 at 9 p.m. ET/PT, as the team travels to St. Anthony, Idaho, to investigate a former school with a dark history of death. Children were sent to the Idaho State Reform School with the hope of being reformed, but the result was often the opposite. The former girl’s dormitory and infirmary were eventually transformed into homes where a family now lives in distress – plagued by intense unseen forces and violent attacks. As the team begins their lockdown, they document unnerving evidence of unexplained activity, disembodied voices and their own physical attacks.

Beginning Saturday, November 3, and running through December 22, fans can enter Travel Channel’s “Ghost Adventures Giveaway” each week for the chance to win a weekly prize pack with “Ghost Adventures” goodies or a gift card, and all weekly entries will be entered into the grand prize drawing – a trip for two to Zak Bagans’ Las Vegas Haunted Museum. A code will be revealed Saturday nights during each new “Ghost Adventures” episode at 9 p.m. ET/PT; viewers can then enter that code online for the chance to win. Check out “Ghost Adventures” on TravelChannel.com for more, including special show extras, behind-the-scenes photos and exclusive videos. Follow @TravelChannel, @GhostAdventures and #GhostAdventures on Facebook, Twitter, Instagram for additional content and updates. Follow the team on Twitter: @Zak_Bagans, @AaronGoodwin, @BillyTolley, @jaywasley

Plus, tune into a special four-part “Ghost Adventures” miniseries – “Graveyard of the Pacific” – beginning Saturday, October 6 at 9 p.m. ET/PT. The team investigates this treacherous nautical region of the Pacific Northwest, where darkness plagues both land and sea and haunted locations flood the area.

ABOUT TRAVEL CHANNEL
For the bold, daring and spontaneous; those adventurers who embrace the thrill of the unexpected; those risk-takers who aren’t afraid of a little mystery; if you’re up for anything, down for whatever, and above all, love great stories, journey on to Travel Channel. We’re more than you expect and everything you didn’t know you were looking for. Reaching more than 82 million U.S. cable homes, Travel Channel is the world’s leading travel media brand. Fans also can visit Travel Channel for more information or interact with other fans through Facebook, Twitter, Pinterest and Instagram. Travel Channel is owned by Discovery, Inc., a global leader in real life entertainment whose portfolio also includes Discovery Channel, HGTV, Food Network, TLC, Investigation Discovery and OWN: Oprah Winfrey Network. 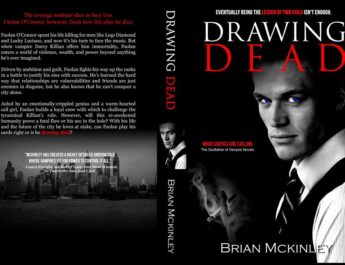