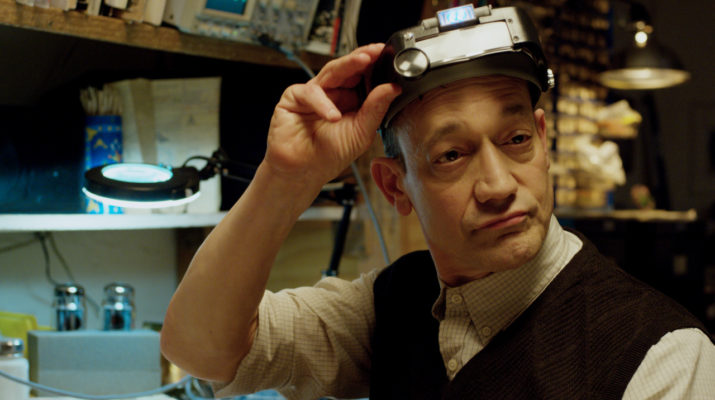 Literal killer vinyl strikes terror from the turntable in Shudder’s first original scripted short-form series, Deadwax, with all eight episodes premiering on the service Thursday, November 15. Created and directed by filmmaker, acclaimed sound designer and electronic musician Graham Reznick (I Can See You, co-writer of the PlayStation hit Until Dawn), Deadwax chronicles the hunt for a rare recording believed to cause madness and death to anyone who dares listen.

Etta (Hannah Gross, Mindhunter), an audiophile and rare vinyl record dealer, is hired to find the only existing print of a notorious record that kills whoever listens to it. At the time of its pressing, the engineer had a heart attack and the vinyl supposedly captured the sound of death itself. When Etta comes across Perry (Evan Gamble, Hap & Leonard), a police officer afflicted by the record, she discovers that hearing even a single note can cause insanity. In order to save Perry and survive the job, she must race to unravel the deadly record’s otherworldly origins.

“With Deadwax, Graham Reznick has found the perfect story to combine his mastery of sound with a gripping, supernatural mystery reminiscent of The Ninth Gate or Cigarette Burns,” said Craig Engler, General Manager of Shudder, AMC Networks’ premium streaming service for thriller, suspense and horror. “Hannah Gross gives a standout performance as Etta, and horror fans will be delighted by Ted Raimi’s portrayal of Ian.”

Shudder is also excited to announce a forthcoming Deadwax soundtrack release on Mondo / Death Waltz Recording Company, produced by Death Waltz founder Spencer Hickman. The double-LP limited release will feature both Reznick’s original score along with twelve exclusive tracks featured in the show from the electronic artists that helped inspire the unique sound of the series.

About Graham Reznick and Peter Phok:

Graham Reznick is a filmmaker in Los Angeles, California. His debut feature, the experimental horror film I Can See You, premiered to critical acclaim in 2009, and his groundbreaking 3D stereoscopic short film The Viewer won “Best Narrative Short” at the 2010 LA 3D Film Festival. With Larry Fessenden and Supermassive Games, he co-wrote the BAFTA award-winning PlayStation 4 interactive narrative Until Dawn, along with its two spinoffs (Rush of Blood and The Inpatient), and the interactive detective thriller Hidden Agenda. Graham has also designed sound and composed additional music for over 20 feature films including the work of Ti West (The House of the Devil, In a Valley of Violence), Jon Watts (Clown), and Jim Mickle (Stake Land). In 2018 he has released two critically lauded albums of electronic music on vinyl: Glass Angles (on Death Waltz / Mondo) and R0B0PHAS1A (on Burning Witches Records).

Peter Phok is an award-winning independent producer. He has produced several films for indie genre icon Ti West (including In A Valley of Violence and The House of the Devil). With arthouse horror auteur Larry Fessenden’s production company, Glass Eye Pix, Peter has produced more than dozen films that have earned worldwide distribution along with accolades and recognition from international film festivals including Ana Asensio’s Most Beautiful Island winner of the Grand Jury Prize at the 2017 SXSW International Film Festival and Jim Mickle’s Stake Land, winner of TIFF Midnight Madness People’s Choice Award in 2011. With Supermassive Games UK, Peter produced on the BAFTA award winning Sony PS4 cinematic interactive video game Until Dawn, in addition to Suppermassive’s Hidden Agenda and The Inpatient. Peter attended School of Visual Arts in NYC, and is a member of the Producer’s Guild of America, Film Independent, and IFP, where he has served as Narrative Labs Mentor. 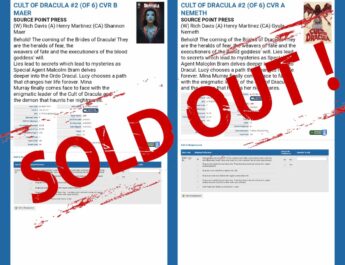 Cult of Dracula Sells Out Again At Distributor Level