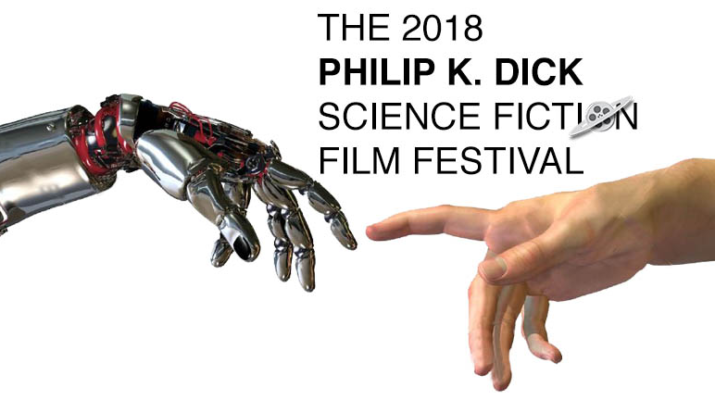 The Philip K. Dick European Science Fiction Film Festival has announced the award winners for its fifth annual event. The gathering saluted the legacy of novelist Philip K. Dick with a slate of independent science fiction films, nine of which were honored for their cinematic excellence. The festival was held in Lille, France from October 25-26 and in Cologne, Germany from November 1-2.

BEST PHILIP K. DICK SHORT
It’s a Clear Day (2017)
Director: María Vázquez
Run Time/Country: 14 min, Spain
Synopsis: A woman is planning on giving a lecture on the famous science fiction writer Philip K. Dick. Everything seems like her everyday routine, except for a little excitement because of the event. But as time passes she will discover nothing is what it seems.

BEST SCIENCE FICTION SHORT
Metta Via (2017)
Director: Warren Flanagan
Run Time/Country: 10 min, Canada
Synopsis: Set in the future, a young woman wakes up in a mysterious temple-like room and must figure out her purpose.

BEST HORROR FEATURETTE
Sound From the Deep (2017)
Director: Antti Laakso, Joonas Allonen
Run Time/Country: 29 min, Finland
Synopsis: An international research group is searching natural resources from the Arctic Ocean. They pick up a strange underwater sound from far north, and start to follow it to the uncharted waters. Inspired by the works of H.P. Lovecraft.

FRIDAY AUDIENCE AWARD
December 17 (2016)
Director: Yuji Hariu
Run Time/Country: 15 min, Japan
Synopsis: In the near future, a family comes face to face with a dangerous secret about their sons.

SATURDAY AUDIENCE AWARD
Tous les jours (2017)
Director: Philippe Orreindy
Run Time/Country: 14 min, France
Synopsis: A company director is under the perverse psychological influence of her superior. But is it real or is it an hallucination caused by her anguish?