“I want to make horror movies great again and I feel this movie will be the perfect vehicle to achieve that,” declared Connell about his project. He seeks to raise $37K which will be used to finance the production and post-production of the project.

The story is about two thugs who, in attempting to rob a businesswoman, get more than what they bargained for when they seize her Donald Trump fetish doll. The script has been accepted at a dozen film festivals/competitions and it has won eight (8) awards out of the ten times it has been nominated for best screenplay. More details are listed on its IMDb page: http://www.imdb.com/title/tt7650884/combined.

Connell’s marketing plan for the crowdfunding campaign includes five (5) segments culled from a previous short comedy he made called RAIDERS OF THE HIDDEN DONALD TRUMP FETISH DOLL. Each segment will be released both on the Seed&Spark website and on YouTube every five days from the campaign’s launch date.

“The idea behind these segments is that malevolent forces want to grab the top perk of my crowdfunding campaign – the actual Donald Trump fetish doll itself – without paying for it,” explained Connell. “We hope the high rollers within the crowdfunding campaign will claim that perk before it’s stolen from us by either the Russians, North Koreans, Iranians, Clinton fanatics, or members of the Deep State itself.”

During an interview on the Messier Mantra TV Show by host Mike Messier, Connell publicly unveiled for the first time the Donald Trump fetish doll. He talked about the dream that inspired him to write the screenplay as a “dark fable” on the state of contemporary America. The half-hour show can be seen on Messier’s website: https://mikemessier.com/2018/10/24/angel-connell-and-mini-45-on-messier-mantra/.

Connell is no stranger when it comes to creating horror movies. He was the Line Producer for GILGAMESH, the horror/sci-fi independent movie written and directed by maverick Massachusetts filmmaker Richard Chandler. The native New Englander has also worked as an actor for such independent horror movies as PARTS UNKNOWN, INSOMNIAC, PROVOKED, DELUSION, and WITCH HUNT (2016).

“I’m hoping the horror community will be a big factor in financing (EOTEE),” said Connell. “This movie takes the kind of real risks that you normally find in independent movies, not the kind of corporate packages cranked out by the major studios. I hope the community will rock our crowdfunding campaign. Because no money means no movie. I would hate to see that happen because this is one horror movie that needs to be seen.”

Connell as a filmmaker is best known for his previous independent movies such as BENEATH THE VENEER OF A MURDER, STOCKING STUFFERS, and SHE’S SO COLD. He has also worked as a background actor in Hollywood movies such as BLACK MASS, THE PURGE: ELECTION YEAR, and PATRIOTS DAY.

Seed&Spark is a film-centric crowdfunding and SVOD platform that was launched in 2012. According to Wikipedia, Seed&Spark “currently holds a 75% success rate for its crowdfunding campaigns, nearly twice that of Kickstarter, and an average raise of $14,700 per project”. Connell’s dedicated Seed&Spark page for EOTEE can be directly accessed through this link: https://www.seedandspark.com/fund/evening-of-the-evil-eye#story. 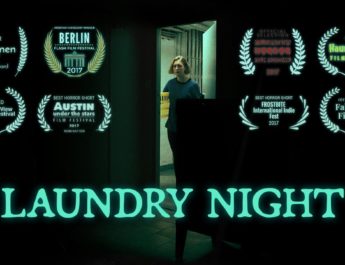 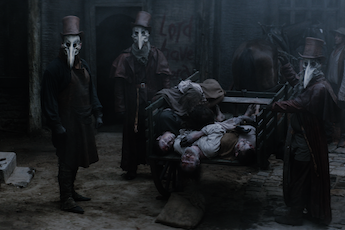