DECEMBER 2018 HIGHLIGHTS
Shudder rings in the season with curated collections of 6 new and classic holiday-themed horror movies and 8 essential Stephen King adaptations, along with a new dusk-till-dawn The Last Drive-In marathon, A Very Joe Bob Christmas.

New exclusive films, series, specials and other featured programming coming to Shudder’s US feed next month. TO STREAM, START YOUR FREE 7-DAY TRIAL AT SHUDDER ($4.99/MONTH OR $3.99/MONTH WITH ANNUAL PLAN)

Then discover the larger-than-life, mostly true story of a great American iconoclast in the documentary King Cohen: The Wild World of Filmmaker Larry Cohen (2018), and stream three of our favorite Cohen cult classics, God Told Me To (1976), Q–The Winged Serpent (1982), and The Stuff (1985). 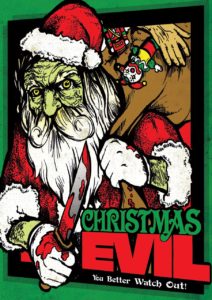 UNHAPPY HOLIDAYS — available Tuesday, December 3
Indulge in the darker side of the season with Shudder’s curated collection of old and new scary Christmas classics — All the Creatures Were Stirring (2018), Better Watch Out (2016), Black Christmas (1974), Christmas Evil (1980), Christmas Presence (2018), and Silent Night, Deadly Night (1984). To round out the holiday season, Shudder will be streaming Black Christmas all day on December 25 on its free Shudder TV (www.shudder.tv) stream, available in the U.S. to members and non-members alike. 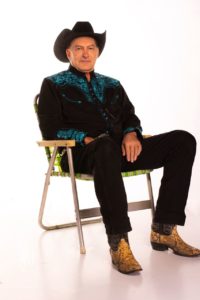 THE LAST DRIVE-IN WITH JOE BOB BRIGGS: “A VERY JOE BOB CHRISTMAS” — FRIDAY, DECEMBER 21
Forget Rudolph, Santa and Frosty! This year, spend the holidays at the Drive-In with Joe Bob Briggs and his latest dusk-to-dawn movie marathon featuring a selection of nightmare-inducing films from a beloved cult franchise notably lacking in Christmas cheer.

MANDY (2018) — available Thursday, November 29
Director: Panos Cosmatos, Cast: Nicolas Cage, Andrea Riseborough, Linus Roache Nicolas Cage stars as a man whose peaceful woodland existence with his wife is brutally shattered by a nightmarish religious cult and their demon-biker henchmen, propelling him into a spiraling, surreal rampage of vengeance. Cage delivers a stunning performance that critics are celebrating as one of the best in his long and illustrious career and which Entertainment Weekly raves is “insane (in all the right ways).”

YOU MIGHT BE THE KILLER (2018) — available Thursday, December 6
Director: Brett Simmons, Cast: Fran Kranz, Alyson Hannigan, Brittany S. Hall
A camp counselor suffering from blackouts finds himself surrounded by murder victims. He turns to his horror movie enthusiast friend for advice, and to contend with the dawning realization he might be the one responsible.

CHRISTMAS PRESENCE (a.k.a. WHY HIDE?) (2018) — available Thursday, December 13
Director: James Edward Cook, Cast: Charlotte Atkinson, Lorna Brown, Danny Webb
A diverse group of friends gather for the festive season in a remote lodge but plans go awry. Soon one of them goes missing and the truth behind why all of them are there is disclosed as Christmas turns to chaos and a bloody nightmare ensues.

STAN LEE’S LUCKY MAN, season 2 — available Thursday, December 6
James Nesbitt is back as Harry Clayton, a London cop given an ancient bracelet with the power to control luck itself. But his luck is about to change when he meets a mysterious woman who owns a second powerful bracelet. The series is based on an original idea from comic book legend Stan Lee. A SHUDDER ORIGINAL SERIES

RILLINGTON PLACE — available Thursday, December 20
Tim Roth and Samantha Morton star in this gripping thriller about notorious serial killer John Reginald Christie and the miscarriage of justice that saw a man hanged for a crime he didn’t commit. This terrifying series reveals how Christie betrayed and manipulated those around him — his wife, his neighbors and ultimately the British justice system — with deadly consequences.

BLACK LAKE, season 2 — available Thursday, December 27
The second season of this Scandinavian thriller tells a stand-alone prequel story, centered around Johan, (Filip Berg, reprising his role from the first season). Once again, a group of people far from civilization—this time on a bucolic but mysterious Swedish island—struggle with problems both personal and supernatural.

ISKANDER — available Thursday, December 27
In French Guiana, a rookie cop and her prickly partner try to solve the brutal, ritual murder of a couple from the mainland, through a relentless investigation that takes them from tin-shack favelas and mysterious hallucinogenic drugs to voodoo rituals and a troubled past that will not stay buried. A SHUDDER EXCLUSIVE SERIES.

December 1
Dust Devil (1993, Richard Stanley)
After Wendy leaves her overbearing husband she picks up a hitchhiker, unaware her companion is not only a serial killer, but also a demon who steals his victim’s souls. Starring Robert John Burke, Chelsea Field, Zakes Mokae and John Matshikiza

Mimic (1997, Guillermo del Toro)
A team of scientists discover a miracle cure that stops the spread of a deadly disease, only to find three years later that their creation has taken on a horrifying life of its own. Starring Charles S. Dutton, F Murray Abraham, Jeremy Northam and Josh Brolin

December 3
Dead and Buried (1981, Dan O’Bannon)
In Potter’s Bluff, unsuspecting visitors are being brutally murdered by groups of locals. But when the sheriff starts to investigate, he uncovers a dark conspiracy involving voodoo, witchcraft and his own wife. Starring James Farentino, Melody Anderson and Jack Albertson

Double Lover (2018, Francois Ozon)
In this psycho-sexual thriller, Chloé (Marine Vacth), a fragile young woman, falls in love with her psychoanalyst. After moving in with him, she soon discovers he is concealing a part of his identity. With Jeremie Renier and Jacqueline Bisset

December 10
The Dead Lands (2014, Toa Fraser)
A chieftain’s teenage son must avenge his father’s murder after his tribe is slaughtered through treachery. Vastly outnumbered, his only hope is to pass through the feared and forbidden Dead Lands and forge an uneasy alliance with a mysterious fighter who rules there. Starring James Rolleston, Te Kohe Tuhaka and Lawrence Makoare

December 17
Ichi the Killer (2001, Takashi Miike)
Ichi is a repressed man who becomes aroused only when inflicting violence. Kakihara is the masochistic enforcer who dreams of experiencing the pain Ichi can inflict. As the two circle each other in a deadly dance, everyone who crosses their path meets a horrific end. Starring Asano Tadanobu, Ohmori Nao and Shin’ya Tsukamoto.

The Mimic (2017, Huh Jung)
A classic Korean ghost story gets a horrifying new spin as the mother of a missing boy takes in a lost girl she finds in the woods, only to wonder if the girl is even human. Starring Huh Jin, Yum Jung-ah and Park Hyuk-kwon

Leviathan: The Story of Hellraiser, Part 2 (2015, K. John McDonagh)
The second installment of an in-depth documentary on the history and the making of Clive Barker’s 1987 cult horror classic Hellraiser and its sequel. Featuring never-before-seen photos and clips from those who were on set, along with interviews with key cast and crew.

Wolf Mother Lets You Look Behind the Curtain with this Second Red Band Trailer! 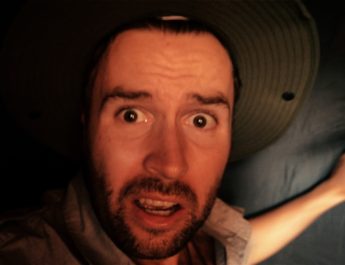