“Madness can be seen as an intuitive probing into true reality.”–R. D. Laing… 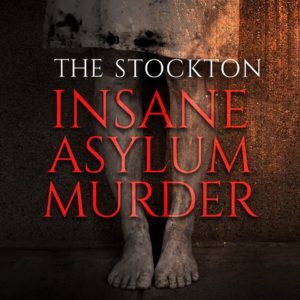 A Portia of the Pacific Historical Mystery
Volume 3

Women were, among others, misdiagnosed as insane by alienists in the 1800s. My plot will involve a female child who has been institutionalized in 1887, but the aunt of this child comes to Clara Foltz to say she believes the child was admitted to the Stockton State Insane Asylum (the first such institution in California) because she knew about a murder that was committed on her wealthy parent’s estate.

Clara solicits the help of Elizabeth Packard, the crusading (real) activist who was committed in the 1860s by her husband. It took Mrs. Packard three years to earn her freedom. Together with Ah Toy, they contrive a way to go undercover to gain admittance into the Women’s Building at Stockton to find the child and determine what happened to have her institutionalized. Children were regularly institutionalized, as were the elderly and the feeble-minded.

Five of these characters will be readers who won a raffle held by the author. They will be suspect asylum patients inside the Stockton State Insane Asylum, the first public mental hospital in California. The author will be working with each reader, using their photos, descriptions and “personal idiosyncrasies” to craft the characters used in his mystery.

Kirkus Review: “An entertaining mix of fact, fiction, feminism, and the occult.”

Visitors to the new Facebook web site for the Portia of the Pacific Historical Mystery Series can go crazy right along with the patients within this innovative new mystery. The Stockton Insane Asylum Murder, by James Musgrave, is the first mystery to feature its readers as characters and suspects right inside its plot.

In addition, readers and fans can participate in another very unique way. In exchange for buying one or both of the first two mysteries in the series, they will be given exclusive and secret access to the group called Welcome to the Asylum.

This is where the five chosen readers, who are now insane asylum patients, speculate and plot their next moves. Readers can ask them questions (remember, they are all crazy) and decide whether what they’re saying will give you clues as to what will happen in the upcoming mystery. Red herrings, drama, and laugh-out-loud humor will, no doubt, ensue.

In order to get exclusive entrance into the asylum, you must purchase a digital or paperback version of the following first two mysteries in the series, or you may pre-order the third mystery, The Stockton Insane Asylum Murder (above).

For each sales receipt you email to publisher@emrepublishing.com, you shall receive a free entry into Welcome to the Asylum’s closed group. You can also send the moderator of the closed group a message, and she will accept your scanned receipt. Also, you will receive a free entry into becoming one of the five characters to be created in the fourth mystery, The Supreme Court Murder, in which a misogynistic nominee to the Supreme Court, in 1888, is murdered by an unknown assailant, and Clara Foltz, Esq. and her team must find this killer before he or she strikes again. Finally, if you also leave a review of your purchased mystery, you will get still another entry into our contest.

Check out the first two mysteries in the series…

A work of Chinese fiction and feminism mystery, a touchstone of the modern-day feminist movement of Chinese and American women standing against sexism and racism in America.

If you liked Chinese American classics “Crazy Rich Asians Trilogy”, “Everything I Never Told You”, and “Tea Girl of Hummingbird Lane” you’ll enjoy the story of the 19th century heroine, Clara Foltz, Esq.

“An engaging mystery with a historically informative feminist bent.”

“It was a darn good read and an excellent mystery.”

“I envision Chinawoman’s Chance as a staple in the library of many historical mystery collectors.”

Lisa McCombs, Authorof I Have MS

In this exciting first Chinese fiction mystery novel from Musgrave’s Portia of the Pacific Historical Mystery series, emerges one of the best female heroine novels this year.

Clara Shortridge Foltz, Esq. is the first woman admitted to the State Bar of California. It is 1884 in San Francisco’s Chinatown.

Clara stands up against sexism and racism in 19th century San Francisco.

After losing her case in a sexist and racist kangaroo court, Clara learns to use street tactics to find the real killer.

Now you can see how it was in California before civil rights became an issue for anyone but males. 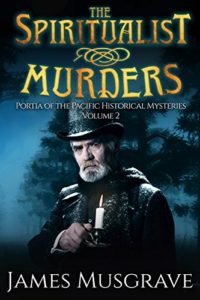 CLARA AND HER FAMILY MUST STOP A MESMERIZING MURDERER

Kirkus Reviews says, “In this second outing, Musgrave nicely orchestrates historical elements from this heady era, such as the Winchester house and Randolph’s ideas; they’re as strange and compelling as fictive paranormal abilities. The link between the occult and the suffrage movement is a captivating example of how politics makes strange bedfellows, since two of the few venues where women’s voices could be heard were churches and spiritualist meetings: ‘We support women’s rights under the guise of spiritual communication,’ says Clara.”

Women in 1886 San Francisco are killing their husbands. Attorney detective Clara Foltz uses an eighteen-year-old clairvoyant to track down the mysterious man using the powers of sexual magnetism and mesmerism to turn abused women into murderers. This becomes a family mystery, as Clara’s two oldest children get involved.

Clara’s assistant, AhToy, must also enlist the help of her evil uncle, Little Pete, because he also uses his paranormal abilities to control his harem of prostitutes in Chinatown. Ah Toy learns how he does it and leads Clara and her family inside the dark, seamy side of how women are controlled for nefarious purposes.

But the true confrontation comes when Clara joins together with her attorney friend, Laura de Force Gordon, to question witnesses who testified at the trial of Mrs. Rachel Wilson-Rafferty. They also pay a visit to the wife of the man who began the first Rosicrucian group in America, Dr. Paschal Beverly Randolph. They learn he taught sexual magnetism and the use of hashish and marijuana to help transfix his members in spiritual trances before they had sex with their partners.

As the wealthy and abusive husbands are murdered by their wives all over the United States, Clara and her team begin to close in on a variety of suspects. The supernatural climax leads to a final confrontation and the solution to the mystery, inside the Winchester house in San Jose, but not without several twists in the action, which place Clara’s daughter and son in immediate danger.

This second, much-awaited mystery in the Portia of the Pacific series shows how women used Spiritualism in order to further their rights as women and wives. In this case, however, women once again become victims of a sexist predator who will risk everything to achieve his misogynistic goals.

Excellent method to teach employees and students about the consequences of sexism and psychological manipulation (study guide provided).

“This is a powerful story, and it’s not something that should be read lightly. I enjoyed the premise of the story, and I read the first book in this series. It’s a unique story that mixes paranormal powers with historical settings. I read this book from beginning to end, and I just was so engaged with this story. “”We grow daily beyond our yesterdays and are ever reaching forth for the morrow…” sets the tone for the story, and this reader was definitely engaged. It’s a terrifying and interesting trek to figure out the truth behind women murdering their husbands. Full of entrancing mesmerizing intensities and mysteries of the mind, and control over someone else. I thoroughly enjoyed this story.”

“If you’re looking for a gripping mystery and some spooks along the way, then look no further than The Spiritualist Murders by James Musgrave.”

“Did a book ever just capture your mind and run away with it? That’s exactly what The Spiritualist Murders did to me. The characters were so familiar and Clara could’ve been my closest friend. Strong women and the paranormal make a wonderful combination. I cannot wait for a third book! Thank you again for running away with my imagination.” 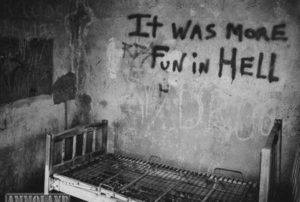 For complete details about the secret access and contest, please visit: