A Different, and Pleasing, Twist on the Werewolf Tale…

When the murderous Simon Rogers is killed in the act of committing a triple homicide, by his victims, the knock-on effects for Morgan Collins are profound.

As Morgan struggles to come to terms with what has happened to him and his closest friends, the truths of the stain that was left behind, slowly reveal themselves.

Morgan must fight with, and understand, what he is if his sibling Nalla, and anyone else in the city of San Francisco, is to be kept safe and sound at night.

With the realisation that no-one in San Francisco is safe, Morgan takes drastic, isolating decisions in order to learn how to deal with the after effects of Simon Roger’s attack.

“A refreshing new spin & perspective on werewolf idea, instead of the usual Hollywood myth! An American werewolf in London meets Ozark! A grippingly descriptive visual frenzy on your senses that takes you through the US & builds an empathy with each character you meet, & takes no prisoners! Hope the author gets time for some more ideas to pen on paper…Brilliant read thank you.”

“Great read, keep me on my toes, surprised it’s his first book, look forward to his next one, great ending.”

“Really enjoyed the book, was pleasantly surprised considering it’s not my normal go-to genre. The author does a particularly great job at developing the protagonist’s change in character throughout the story. The descriptive writing also paints a vivid picture in the readers head. Could clearly tell a lot of background research took place in order to ensure the finer details were accurate. Sure to keep you engaged until the end, would definitely recommend. Great first time effort from the author, look forward to the next one!”

“A different, and pleasing, twist on the werewolf tale presented, quite literally, from a different perspective giving a completely different view of how these stories are usually written.”

“A thoroughly good read. A modern version of an old fashioned werewolf story. Not the sort of book I normally go for after the Twilight series ruined it. But this is nothing like that. I really felt I knew the characters too, which made it hard to put down. Hope for a sequel now.”

‘It Waits,’ but you shouldn’t…get your copy today at: 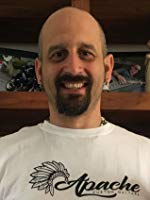 Chris Sharp wrote this first novel when serving in foreign lands with the RAF.
As a huge fan of author James Herbert, Chris sought to use his spare time on operations productively.

This story was born.

With high hopes for a future in literature, he aspires to follow this with other tales in the horror genre. 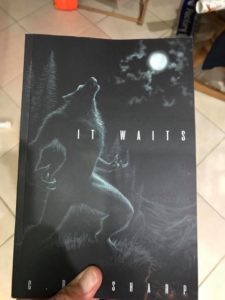 For more information about CR Sharp, please visit his site at: 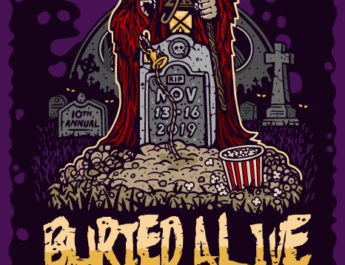