COULD YOU SURVIVE THE END OF CIVILISATION? 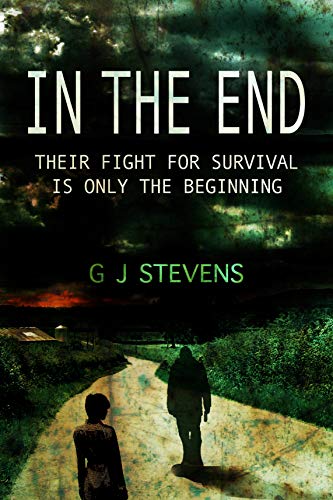 What if you woke to find the electricity off, the internet down and the streets deserted? What if you were forced to run for your life, no longer top of the food chain? What if the government had no interest in keeping you alive? Those around every corner were intent on hunting you down, but you’d found a reason to struggle on, a new meaning to this life?

Meet Logan. That’s me. The first to believe the world had changed forever. The first to urge our friends to run. The first to kill, but not the first victim. I was the first to see for myself as nature twisted before my eyes. With death surrounding, getting ever closer, they looked to me for answers.Can Logan overcome his fears and find what it takes to get them all to safety, or will it be the end for humanity?

In The End is the debut novel from GJ Stevens, a compelling apocalyptic thriller that will leave you breathless, immersing you in their fight for survival.

“If you like books in the zombie genre, then give this author a try. The zombie apocalypse happened fast. It caught main character, Logan, unprepared and stuck behind in the zombie zone. Enjoyed the two types of zombies, fights to survive, evil government officials, soldiers caught in the middle, and hope for a cure. Characters were well written and each important character had a chapter written in first person. This helped the tr reader get to know them quickly and become interested in their plight. I look forward to the next book!”

“This was a fast paced read of relentless action and compounding chaotic packed apocalyptic hell.”

“There was an awful lot to like about this book. The plot moves like a steamroller and I was completely caught up in the story. In fact, I contacted the author on Twitter to complain that I opened the book as I was getting ready to go to bed and 45 minutes later, I was still reading. The characters are well drawn out and I liked that we learned little bits about them, especially Logan, as the story progressed. It was clear the author really knew his characters and I felt that the narrative voices were well chosen and distinct.”

“The story of In The End is a sensational one because it encompasses everything good about literature. It has an outlandish, brave plot, enthralling characters and an incredibly well thought out story that will keep the reader wanting to read for hours on end. In The End is a unique and extraordinary book, it is special for the obvious reasons… that it encompasses everything great about the written word, but it is unique because of the plot. The plot of this novel is something I have never read of or heard of before, it reads like a movie, and you are able to imagine the details in perfect glory. Never before have I read a book that has a ton of action as well as intellectual depth. In other words, this book has brains behind it, it is not a senseless, quick, dystopian read and I admire this!”

Don’t wait any longer… buy, share, or preview ‘In The End’ at: 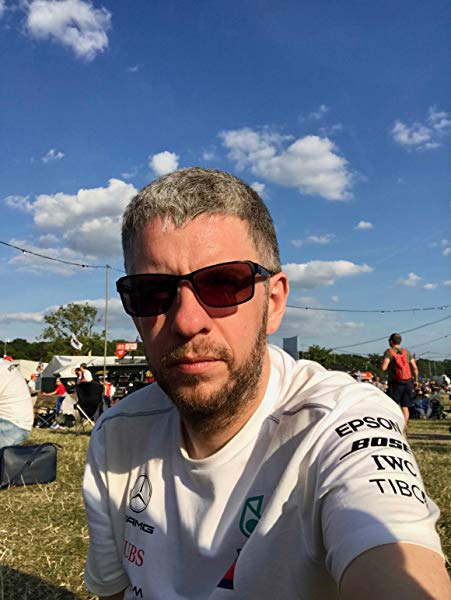 GJ Stevens started writing fiction at the age of thirty. He describes his style of writing as popular fiction which usually has some sort of Sci-Fi or paranormal element, but he is on a journey and won’t pigeonhole himself into one genre. Even as a degree level engineer with a large family and a full time career in a serious profession with plenty of adult responsibilities, he has always had an artistic and creative side. After years of self-suppression, the flood gates opened and his novel, In The End, is the culmination of many years of finding time from nowhere to learn the craft.

-Find out more about his book