Shudder, AMC Networks’ premium streaming service for thriller, suspense and horror, announced today that production has begun on its first long-form original TV series, Creepshow , in Atlanta, GA. Executive produced by The Walking Dead ’s Greg Nicotero, the horror series is based on the iconic 1982 anthology film written by Stephen King and directed by George A. Romero.

The six-episode season will feature an adaptation of an as-yet unannounced Stephen King story, as well as segments based on stories by other award-winning and acclaimed horror writers, including:

“Having the opportunity to embrace the spirit of Creepshow and expand on what George and Steve created is, without a doubt, a lifelong dream come true,” said executive producer Greg Nicotero. “Having grown up in Pittsburgh, Creepshow lives in a special place for me. I had the good fortune to visit the set as a teenager. I was able to look behind the curtain of filmmaking, and it changed me forever. I’m honored to continue telling the stories in the ‘comic book come to life’ world that fans fell in love with. This fall we will be ‘opening the coffin’ and unleashing upon the world our demented and ghastly stories, crafted by the best in business.”

In addition to his EP duties, Nicotero will direct some of the series. Other installments will be helmed by David Bruckner, director of the acclaimed horror film The Ritual ; Roxanne Benjamin, director of segments of Southbound and X X; and Rob Schrab, whose numerous TV directing credits include Ghosted and Community . John Harrison, who was the first assistant director for George Romero on the original Creepshow movie (and who also composed the film’s theme), will be directing a story he co-wrote with Nicotero.

“We’re thrilled to have Greg Nicotero on board to transform Creepshow into a series, featuring stories by giants in the horror field like Stephen King and Joe Hill, as well as a fantastic lineup of writers, directors and special effects wizards,” said Shudder GM Craig Engler. “This a dream series for fans of the original movies and for anyone who wants to experience ‘the most fun you can have being scared.’”

The DNA of the original movie is firmly embedded in the new series: in addition to King and Harrison’s return to the franchise, fans will recall that Joe Hill, King’s son, played comic-book-loving “Billy” in the 1982 film’s wrap-around segments. Nicotero also provided make-up effects on the 1987 follow-up, Creepshow 2, among his earliest screen credits.

Additional stories and directors, as well as key casting, will be announced later this year.

Entering his 35th year in the industry, Greg Nicotero has never forgotten his roots. Growing up in Pittsburgh in the 70’s, it never occurred to this young movie and special effects buff that Hollywood was literally in his backyard. Auteur director George Romero would be the first of many to recognize something within Greg and forge a relationship of collaboration as a special effects make-up artist.

Within 2 years he found himself in Los Angeles working with Sam Raimi, James Cameron and Wes Craven on landmark films such as EVIL DEAD 2, ALIENS and the NIGHTMARE ON ELM STREET series. The climate that embraced practical make-up effects allowed Greg to partner with Howard Berger and together they created the longest running effects house in Hollywood, The KNB EFX GROUP, Inc. Founded in 1988 and still as vital as ever, Greg and his team have worked on nearly 700 film and television programs that stretch through cinema as a who’s who of horror, science fiction and thrillers. With titles such as RESERVOIR DOGS, SPAWN, THE MIST, SCREAM and SIN CITY, this unique troupe of artists have brought life to stories and characters of all kinds, all the while innovating and perfecting their craft.

Partnering with directors such as Frank Darabont, Steven Spielberg, Quentin Tarantino, and Robert Rodriguez, Nicotero fine-tuned his craft as an effects artist and gradually moved into providing 2nd unit direction on several feature films. After a stint on a series of movies across

the globe (INGLOURIOUS BASTERDS, THE BOOK OF ELI, PREDATORS and TRANSFORMERS) Greg found himself in 2010 designing zombies for a series called THE WALKING DEAD. Within months he’d become the producing director on the hit AMC show and to this date has directed over 25 episodes of the series.

His work on THE PACIFIC, THE WALKING DEAD and BREAKING BAD have garnered him nearly a dozen Emmy nominations and 4 wins. As the zombie epic enters its ninth season, Greg has also had a hand in producing FEAR THE WALKING DEAD while supervising make-up effects for AMC’S PREACHER, and the upcoming Robert Rodriguez, James Cameron film ALITA: BATTLE ANGEL.

Founded in 2011 and run by partners Stan Spry, Jeff Holland, Evan Corday, Geoff Silverman, and Eric Woods, the Cartel is a feature film and television production, management, and financing company representing top-tier showrunners, show creators, writers, directors, producers and production companies in film, TV and new media. The Cartel has also been involved in more than 50 movie and television productions since inception, including the upcoming animated series “Twelve Forever” for Netflix, the upcoming unscripted series “Hunting Abroad” for A&E’s FYI, and previously production for the series “Ties That Bind” for Up TV, and “A Place in the Sun” for Discovery as well as several recent feature films, including “Switched for Christmas,” “Jeepers Creepers 3,” “Christmas Connection,” “Love at the Shore,” “Sun Sand and Romance,” “Love at First Glance,” and “Wrong Nanny,” to name a few. The Cartel recently signed a co-production deal with Reel One Entertainment to produce and co-finance 40 films over the next three years. In 2013, the Cartel purchased and renovated Tamarind Lithography Studios, which is their Los Angeles headquarters, as well as a full-service production and post-production complex. The Cartel also has offices in London, England and New York, NY. www.CartelHQ.com 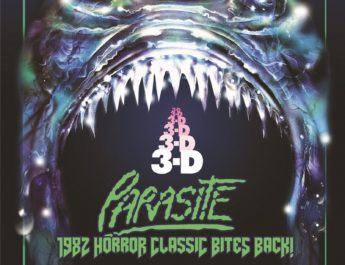