-Jacqueline: I guess it started with watching detective stuff, funnily enough. It was all about the details; blood, body parts etc… Also, certain stuff from history springs to mind too. Medieval torture. Even Grimms’ stories seemed to incur something a little menacing, albeit in a surreal way. A lot of terrible things have happened in history and I began to develop an interest. Then I began to read about people like Jeffrey Dahmer and Andrei Chikatilo.

-Jacqueline: Not really. My partner and I just had an idea one day. Why don’t we write a book? He said: Okay, let’s go. Five years later, here we are!

-Jacqueline: Personally, It means the world to me. In writing our novel, my partner and I wanted to dispel a few status quos about the role of the female. Firstly, women in horror, whether in fiction or movies, are generally seen as the victim, or the murder victim. Alternately, if there are women serial killers, they’re most likely to be an old lady or, at best, a young crazy tomboy type of female. We wanted to create a ‘lady’ kind of character for the future. A female character that sticks, that will be with people forever. Like a larger than life type thing. Rose Benoit is beautiful, confident and so totally totally wrong. She’s an amalgamation of Josephine Baker and a Cenobite.

-Jacqueline: Anne Rice is a genius. The way her sprawling narratives are so abstract and unnerving at the same time. Like psychedelic darkness almost. I love that macabre imagery. And her characters are amazing. Beautiful. She wastes no time in relating the details, like layers. And I like the way she actually loves her characters. Chelsea Cain is another favorite. Also Tananarive Due. Inspirational, talented women I really aspire towards.

-Jacqueline: It’s gotten a whole lot better, for reasons I mentioned earlier. Sex sells, and women in horror are getting a lot more provocative, more active. This is a good thing, as ultimately, it’ll give off a subliminal message of strength, power for the female role within the whole thriller/horror format. A message that says: Please tread cautiously around me. Examples: Knock Knock, Audition and The Loved Ones.

-Jacqueline: Rose Benoit has never been done before. She’s powerful, like myself. She’s black, like myself. But could I play her in a movie? Possibly (not)!!

-Jacqueline: I love all final girls, they’re all bad-ass! But Matilda Anna Ingrid Lutz was amazing in Revenge. Also Shelley Duvall in The Shining.

Favorite villain would be Elizabeth Bathory, the Blood Countess; debatable I know, but nobody really knows for sure if any of her practices actually happened, or just the stuff of mere legend, so I’d go for the latter.

Oh, and Barbara Carrera’s Fatima Blush in Never Say Never Again, which is what the ultimate femme fatale should like like. Absolute crush on her!

Plus, I love all the female characters in any season of American Horror Story. Particularly Angela Basset and Kathy Bates in Coven.

-Jacqueline: Our novel Somewhat Of An Animal is out now, available on Amazon. Also you could visit our website and maybe chat with us about all things graphic and horrifying.
We’re currently writing our second novel which is a sequel to the above. Links below:

We would like to thank Jacqueline Vincent for taking the time to answer our questions, but more importantly for her contribution to horror! 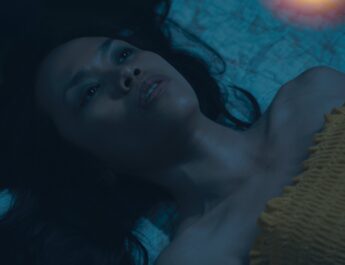