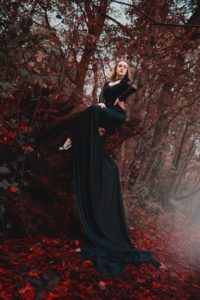 -Charlotte: Well I’m almost twenty-seven now. From being very young I had a big interest and curiosity for all things strange, alternative and horror themed. So when I turned 14 and my dad finally felt it was time to introduce me to some horror movies, I fell in love with them straight away, apart from of course also being very scared! The first one he showed to me was ‘A Nightmare on Elm Street’ which incidentally ended up being my favourite Horror film along with the recent 2017 ‘IT’ movie – which completely blew me away! Outstanding film. I think there’s a thrill to being scared, not knowing what’s going to happen next, that’s a big part of me being a fan.

-Charlotte: It was pretty instantaneous. Again from a young age I knew I wanted to be an Actress, but I decided straight away after being introduced to horror films that I both wanted and needed to be a part of this genre, and contribute to it. I would take time to watch behind the scenes footage of my favourite horrors, and replay my favourite scenes. I literally watched actresses like Amanda Wyss running from Freddy Krueger, or Sigourney Weaver taking on the Aliens and thought ‘I need to be one of those women!’.

So since becoming a Professional actress for almost the last ten years, I grab every opportunity to be a part of this genre. I was deeply inspired by every aspect of the filmmaking and acting, it was right up my street. Blood, screaming, dramatic soundtracks, it’s kind of my thing. My house is filled with horror memorabilia.

-Charlotte: It means a lot because I believe some of the most talented actresses have been showcased in horror movies, and yet in my opinion still haven’t received the full recognition that they deserve at times. So to have a “women in horror month” I’d say it’s great to dedicate a time to celebrating them and the roles they play.

The beauty of horror can be found in the story telling, the kind which has no boundaries or limitations. Some of the best loved Heroin’s, Final Girls, Villains and Damsels in distress have been brought to life by women.

Of course that’s not forgetting other aspects, if we’re talking collectively I’m delighted that ‘women in horror month’ also goes out to writers, bloggers, makeup artists, models and every other woman that plays a part in this. I’m all for it! They all rock. I’m a big fan of reading horror novels, a lot of the ones I’ve read so far have been written by women.

-Charlotte: So many, I can’t possibly name them all. I will say that I’ve always greatly admired Janet Leigh and Jamie Lee Curtis, they are Queens of the genre. But I did get to meet the wonderful Lisa Wilcox who plays ‘Alice’ in Nightmare on Elm Street 4 and 5, and I was thankful to be given the opportunity to tell her that both she as an Actress and her character were role models to me – especially growing up in my teenage years. Her character ‘Alice’ represents a young woman that stands up to her fears, and kicks ass! She was a lovely lady to meet, it was such a pleasure.

-Charlotte: Women have and always will have a huge part to play in Horror. Speaking from an Actors point of view, I don’t think film would be the same without them. My favourite Director Alfred Hitchcock spoke of women (especially blondes for him) being like ‘Virgin snow that shows up the bloody footprints’. Meaning they play a pivotal role, they bring something to a film which is a key ingredient. So for me I feel the roles of women haven’t necessarily changed but they’ve just grown and grown. It’s recognised more than ever what a vital part they play, whether that be the Heroin, Victim or the Villain. It doesn’t matter which role that may be, and it shouldn’t matter. What matters is the storytelling. Anyone who may think women should only play the strong, heroin roles these days is sorely mistaken, and that would be contradicting their own beliefs of equality. Whatever the role, it’s something to be proud of in the world of creating a horror film for people to enjoy. It certainly makes me proud, and I love every minute of it.

-Charlotte: My only hope for the future is that horror as both a genre and for its actors is recognised more for its brilliance. Unlike a lot of genres, horror has an immense amount of work put into it that can occasionally be overlooked because it’s not to everyone’s ‘taste’. There has been some tremendous roles from women in some of the more recent horror series that can be watched. I’m a big fan of American Horror Story, Hemlock Grove and The Walking Dead. There are women in those series that have such strong in-depth characters, amazing roles that I think audiences respond to really well, and occasionally can relate to. So with that in mind I should think the future for women in horror is only going to keep getting better and more interesting. It’s certainly inspiring for an Actress, at least from my perspective anyway. I guess my other hope for the future is that more talented Actors can be recognised and given equal opportunities for such films and projects all over the country. There is insane amounts of talent that gets overlooked because of the class system in the UK and it’s a crying shame. Most of us have to work twice as hard to do what we love and earn a living from it. Everyone deserves chances to thrive in what they were born to do. Men or women.

-Charlotte: Well there are two sides to this, as a person I’ve never had much opportunity to delve into another one of my big passions of horror and that is the special effects makeup. I have my own kit, I’m pretty good, so I’d love to get stuck into that more.

But as an Actress? In horror I usually play the roles of victims, or even the Heroin. I’ve done countless short films, promotional films, music videos, modelling and feature films where I often end up being hunted, killed, battling the demon or simply running for my life. As an Actress that’s amazing to play! I have always been drawn to those kind of roles because I find they are more challenging and rewarding to convey, more so than a one dimensional character that is too much like yourself in real life. However, I would like to perhaps be the villain some more? I’ve delved into it a few times in Theatre but not enough on screen. The psychology behind a ‘bad character’ is often fascinating to portray because it’s the complete opposite side of the spectrum. Anything I’ve never done? Well perhaps Eli Roth or Andy Muschietti could give me a call? I’ve never worked with them before! Scream Queens in the UK certainly dream of those opportunities and I admire them so much. Never say never!

-Charlotte: Tough call! Favourite final girl I think has to be Laurie Strode from Halloween, Jamie Lee Curtis is simply amazing. Although I have to admit I’m a huge fan of Jane Levy for her performance in the 2013 ‘Evil Dead’ movie. Her character ‘Mia’ literally goes through the most insane ordeal I’ve ever witnessed on screen and is still left standing by the end of it, hats off to that girl!

Favourite Villain? I’m not sure if she should be completely considered a villain, but Sissy Spacek in ‘Carrie’ will always be my best loved telekinetic killer. What a phenomenal actress, no doubt Stephen King was proud of her and the justice she brought to the character of Carrie.

-Charlotte: The best way to keep up to date with my upcoming projects, acting work, and even work as a Vocalist can be viewed on Youtube or better yet – follow me on Twitter. www.twitter.com/lottiehorror

Apart from me waffling on, I keep my followers tuned in with what I’m up to. I’m not allowed to reveal all the details yet, but I’ve just finished Recording an 80’s tune for the brilliant Rob Lane at ‘Straight to Video’, the song is from a soundtrack that I’m sure horror fans will appreciate, that’s coming up soon. I’m also set for more horror themed short films this year and various projects. I can also be found on IMDB.

We would like to thank Charlotte Handley for taking the time to answer our questions, but more importantly for her contribution to horror! 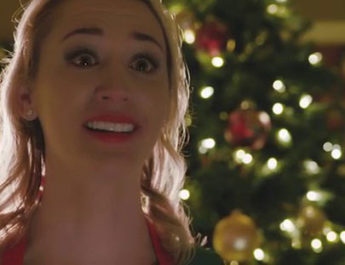 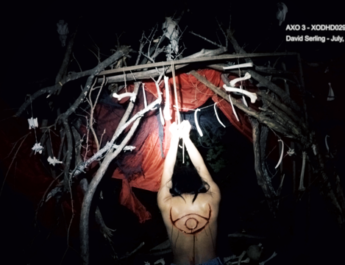