All He Wants Is to Live His Own Life

Lost Hollow constable Graham Gordon just walked into his abandoned childhood home for the first time in twenty years. Local teenagers have been spreading rumors about disembodied screams coming from inside. Now, thanks to a rickety set of cellar stairs and the hateful spirit of his dead father, he might never escape.

Meanwhile, Channel 6 News feature reporter Afia Afton—whose father is the victim of a local decades-old hate crime—is meeting with town administrator Patsy Blankenship. Her mission is to develop a ghost story feature for a special to air on the station’s Halloween broadcast. When Patsy tells her about the screams at the Gordon place, the past and the present are set on a collision course with potentially catastrophic results.

Can Graham come to terms with his father’s past and redeem his own future? Can the murder mystery that has haunted Afia for most of her life finally be solved?

It’s a fight for the future and the past when spirit and flesh wage war at the Gordon place.

The Gordon Place is currently available for pre-order from independent booksellers at IndieBound.org, Amazon.com, and other retailers. Copies can also be purchased directly from Isaac Thorne and Lost Hollow Books by visiting www.isaacthorne.com/gordon-place. Review copies of the book are available upon request in ebook or physical form. The novel begins shipping on April 15, 2019.

Isaac Thorne is an independent horror author who has previously published a collection of dark comic horror short stories titled Road Kills. The screenplay version of his short story Diggum, which appears in that volume, won “Best Short Script” in the 2017 Shiver International Film Festival and “Best Kill” in the 2017 Chemical Film Festival. Stories from Road Kills have also received praise from the likes of Jim Uhls, screenwriter of the 1999 film Fight Club, starring Edward Norton and Brad Pitt, and Danger Slater, author of Fungasm Press bizarro titles such as He Digs a Hole and I Will Rot Without You.

Thorne is a nice man who typically only wants to provide you with a few fun frights. The Gordon Place is his first novel. 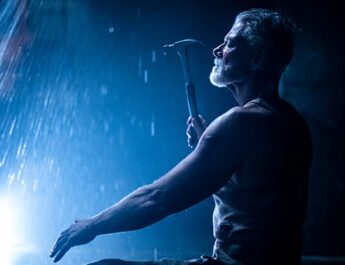