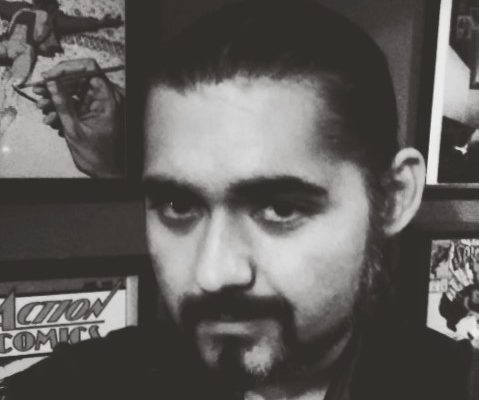 James Radcliff has written screenplays, short prose, and occasional dalliances with actual journalism. He has worked on films big and small and in television in one way or another since he was 15. Now he’s decided to take a turn at writing some horror in the form of his new book, ‘The Subcontractors: The Liberian Incident.’ We got the chance to talk to him about his book, its positive reviews, possible sequels, and much more… 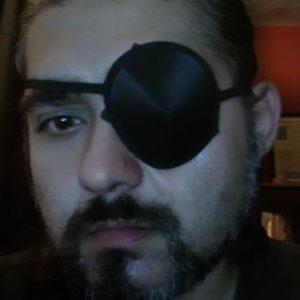 -PH: So what’s ‘The Subcontractors: The Liberian Incident’ about?

-James: In a nutshell its about a group of classified military subcontractors who work for the CIA cleaning up unnatural incidents that the public at large would be best served not knowing about, though occasionally they get enough warning that they have the chance to prevent these horrors from being unleashed… or at least mitigate some of the damage if they are too late. They are all selected from the military as well as the private sector and rarely a particularly useful citizen who seems like they might be able to handle a mission without losing their fucking mind their first time in the field.

-PH: Where did you get the idea for your book?

-James: The works of HP Lovecraft, a life long love of horror films (and always wondering why by the 4th or 5th sequel someone in authority had not figured out what was going on and sent in some heavily armed spec-ops troops to deal with it) growing up in a military family and hearing some strange stories (a lot o soldiers come back from deployment in remote parts of the world with very weird, very interesting stories to tell, that was the part of family get-togethers I enjoyed), also being a life long conspiracy theory enthusiast helps for inspiration as well. Not to be mistaken for someone who believes every theory is true (The Earth is not flat, our solar system is heliocentric, and the queen is not a reptile person… she has too much of a sense of humor to be a reptile person)

-PH: How did you go about combining the military and supernatural aspects of the story?

-James: That was pretty easy honestly. Once I figured out the backstory of how/when/why/where the US (and some others) became aware of the existence of the supernatural, and that in some cases you can’t just close your eyes and hope it goes away, and the threat such things would truly represent in the real world, it all sort of fell into place.

-PH: Can you tell us anything about some of the characters we will find in your story?

-James: Sure, one of my favorites is a local Liberian militia leader with serious delusions of grander who calls himself ‘General Chosen-Of-God’. A well dressed, well-read cocaine fiend who believes its his divine destiny to become the new dictator of Liberia.

Then you have the ultimate no-nonsense soldier commanding a contingent of United Nations Peacekeepers. A French Colonel with the most American last name of Cunningham, because her husband is American, so people are always taken aback by her thick French accent and zero tolerance for bullshit, from her subordinates or really anyone else for that matter. 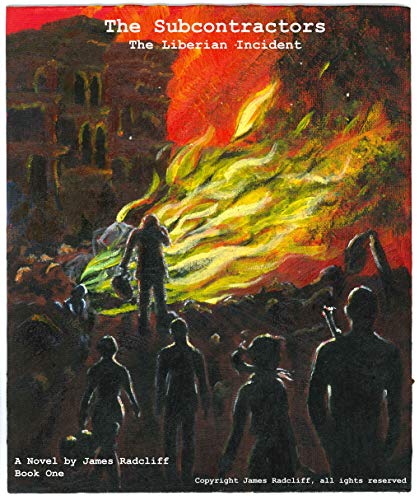 -James: Shocking to be perfectly honest. Its been sitting consistently at 5 stars on Amazon since maybe two or 3 days after its release. So fare only two reviews have been less than 5 stars, and they were both 4’s. Its a hell of a feeling considering this is my first shot at writing a full length novel.

-PH: With all the positive reviews, will there be a sequel? Will you be writing more horror soon?

-James: I started working on an outline for a sequel before the first book was published. Telling stories, its what I got me into the entertainment biz in he first place. As far as this series goes I realized pretty quickly that I had more stories I wanted to tell in this little world, with these strange-yet-fun characters.

-PH: You’ve worked in film, and screenwriting. Why write your own book now? How different was this experience?

-James: It was a lot different than I expected to be honest. I had written short prose before and full length screenplays, so I thought writing a novel, especially one based on a script I already wrote, would be cake. It wasn’t. As for why I wrote the book it was largely on a lark. I was going through my archive of screenplays I’ve written and picked out the one I was least likely to ever get to produce myself due to the budget. I loved the characters, the story, the world, but it was far too expensive to produce on a shoestring budget but I really wanted to see the story get out there somehow, so I decided to try my hand at writing as novel.

-PH: You’re currently living in Mexico. Has your time there given you any ideas for this book, or future ones?

-James: Ha! Oh yes. Hell, the photo of the the bombed out building and torn up street that acts a background image on the paperback edition was shot across the street from a strip club in Mexico I used to DJ at. Right next to the club, Vampiz (Its the Titty Twister, but the stuff are nicer, and not undead), next to them just out of frame is one of the best restaurants in Mexico, Santanna’s. Both businesses are family owed by some of the nicest people. There was serious road construction going on after a water main break and I took a few photos because I thought it looked neat. A few months later and it ended up standing in for a war torn street in Monrovia. As for future projects at some point I will probably write a short memoir of my time living here, which has been one of the most adventuresome and enjoyable times of my life. Mexico gets a pretty bad rap, but in truth I’ve lived in parts of Florida that were more dangerous than the US/Mexican border. As for the roads, I love Pittsburgh, but the quality of the streets in Mexico is about the same as it is in Pittsburgh for the most part… with some parts of Pittsburgh being worse. A pothole once very nearly totaled my car in Pittsburgh, nothing remotely that bad has happened here yet. 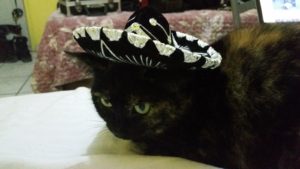 -PH: Why horror? When did you begin to become a fan of horror, and did you ever think you would be writing horror?

-James: I’ve been a fan of horror for as long ass I can recall. When I was 6 my mom gave me her old comic book collection which consisted mostly of Marvel superhero fare and DC titles like House of Mystery, Swamp Thing (during Alan Moores run), Sandman, and such. Not many guys will say their mother got them into comic books on purpose, but she knew I loved to read and had a hell of a collection. She was still reading comics right up until she passed away. As far as film goes the first movie I remember seeing and thinking “this is amazing” was Dan O’ Bannons ‘Return of the Living Dead, which is still my all time favorite film to this day.

As for why I honestly think Horror, and science-fiction, are the two genres where you can tell any kind of story you want with any sort of interesting backdrop you can think of. The possibilities are limitless. Superhero films, which in the last few years have become their own genre are the same only the studios and producers are just now finally realizing that. A perfect example is ‘Captain America: The Winter Soldier”, thats not a superhero film at all. Its a cynical post-Watergate 70’s style conspiracy thriller starring Captain America. Hell, they got Robert Redford to be in that one, a clearly deliberate nod to ‘All The Presidents Men’ and ‘3 Days of the Condor’.

-PH: Here’s your chance to promote anything we haven’t talk about. Let us know something more about your book, film experience, future works, or anything else you would like to mention.

-James: Well, there are two different sequels being worked on right now. One is a direct sequel to ‘The Liberian Incident’ taking place maybe 4-6 months later. The other book is a quasi-sequel-quasi-prequel. Its a collection of short stories set in the same world, with a few of the stories involving characters from the first book, but mostly original characters and situations. At least one entire chapter/story is based on a throw away gag from the first book about the Team fighting a group of stereo-typically punk-rock-Lost-Boys-Wannabe-vampires (whoever was in charge of the pack must have made them watch that film every day and said we should dress like that!). and one of the undead bears an uncanny resemblance to actor James Dean but they never get to ask since they were fighting for their lives. So one chapter in the anthology is devoted to answering the question of the ultimate fate of a Hollywood legend. Did he die tragically in his car ‘Little Bastard’ or did he somehow end up as a member of the undead, only to be burned to death on the Santa Monica pier just before daybreak by a foul mouthed alcoholic Jewish magician. I thought it would be a fun little background detail to explore.

As for my film experience its more extensive than IMDB would have you believe (PBS doesn’t post 80% of their projects on there, and that’s who I worked for the longest), and no matter how well the books do, film is not something I ever plan to abandon. You never forget you first love.

My future works will be continuing this series, as well as more creative non-fiction based on my experiences in Mexico. Is it inappropriate to plug my Patreon or PayPal accounts here? As despite the books critical success I’m still poor as hell. So, at the very least plug the first in the series which is not available as both an ebook and a fancy paperback, which I will happily sign for anyone. If you buy me a drink I’ll write whatever the hell you want in there. About how we were separated at birth at it was a true miracle to be reunited or how you have always been an inspiration to me, whatever your name is. There is little I won’t do for free booze.

Also, the cover of the book is painted in full by the very talented Sarah Botta. The short story anthology I mentioned will also be a collaborative effort with several artists, both well known and new, with each story (10, if it all works out) having an original piece in it based on a particular story. With Sarah Botta taking the cover art duties again, with any luck. The non-cigar-chomping Jack Kirby to my alcoholic Stan Lee, only she is a lot cuter than Jack Kirby (its true, I think her husband said that during their vows that he promised to love and honor her even if she slowly became the spitting image of comics legend Jack Kirby, he’s a romantic like that).

We would like to thank James for taking the time to answer our questions. Please check out his new book, which as we mentioned is getting nothing but great reviews. Also don’t forget to support him on social media and his Amazon page! 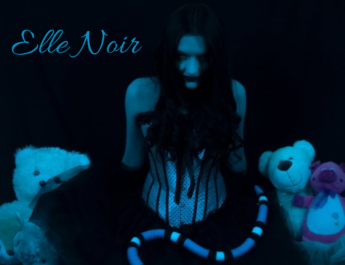 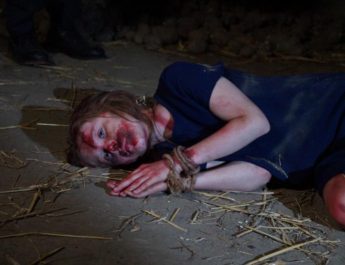 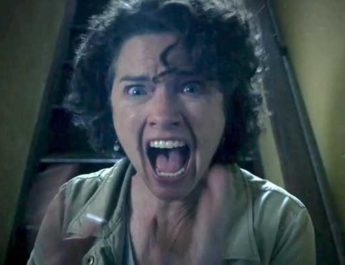