A teaser trailer and poster for new independent horror comedy Daisy Derkins and the Dinosaur Apocalypse have been released. 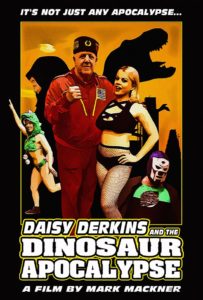 Written and directed by Mark Mackner (Daisy Derkins 1 and 2, Half Life Horror From Hell) and Bob Kaplan (Dollface: Road to the Apocalyspe), Daisy Derkins and the Dinosaur Apocalypse stars WWE Wrestling Legend and Hall of Famer Nikolai Volkoff in his final film role.

Daisy and Nikolai team up to fight dinosaurs in the Dinosaur Apocalypse. They also have to battle Silas and his evil crew, a demented henchman, The Mummy Cop, and so much more. There is even Women Wrestling action.

The movie, now in post-production, is expected to be released in early 2020.

Sypnosis: An Evil Sorcerer teams up with a mad scientist to unleash Dinosaur Hell on Earth, and only Daisy Derkins and a hero from the future can stop them! 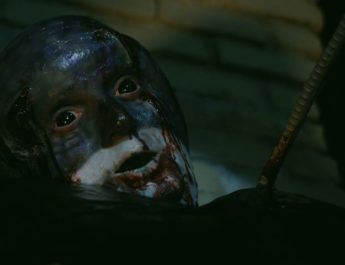