Here are some of the horror DVD/Blu-Ray releases for April 9th!

Though best known for their legendary BLOOD ISLAND Trilogy, the Philippine/U.S. production/distribution company Hemisphere Pictures was also responsible for some of the most provocative and insane films of the ’60s and ’70s drive-in/grindhouse era. THE BLOOD DRINKERS and CURSE OF THE VAMPIRES are the still-potent masterpieces from The Father of Philippine Horror Gerry de Leon. BRAIN OF BLOOD is the all-star Grade Z classic from infamous exploitation auteur Al Adamson. THE BLACK CAT and TORTURE CHAMBER OF DR. SADISM – starring Christopher Lee and Tarzan – are Hemisphere’s two most extreme acquisitions for the company’s notorious double-feature packages. The films in this collection have all been newly scanned in 2K/4K from the best – and often only – complete elements available.

Professor Van Helsing (Peter Cushing) and Count Dracula (John Forbes-Robinson) meet again in this spectacular kung fu horror thriller set in the village of Ping Kuei. After learning about the seven golden vampires of the village, Hsi Ching (David Chiang), Vanessa Buren (Julie Ege) and Mai Kwei (Szu Shih) offer to guide Van Helsing and his son to Ping Kuei to free it from the curse of Count Dracula. Throughout their journey, the group encounters several unwanted attackers until they arrive at the golden vampires’ derelict temple, inhabited by Count Dracula. In the temple, Van Helsing and the count begin a fearsome battle to the death an ultimate clash between good and evil!

Set in Dublin (a rather surprising giallo setting), Iguana opens audaciously with an acid-throwing, razor-wielding maniac brutally slaying a woman in her own home. The victim s mangled corpse is discovered in a limousine owned by Swiss Ambassador Sobiesky (Anton Diffring, Where Eagles Dare) and a police investigation is launched, but when the murdering continues and the ambassador claims diplomatic immunity, tough ex-cop John Norton (Luigi Pistilli, A Bay of Blood) is brought in to find the killer…

BLOOD LAKE is the most fascinating — and stupefying — shot-on-video slasher that ever escaped from 1987. A group of unhinged party animals, including adolescent horn-dog Lil’ Tony, embark on a weekend trip filled with Jet Skis, a keg of Busch, and an extended game of quarters. But look out! There’s a supernatural killer on the loose who wears cowboy boots and a silk shirt with a rose stitched on it! Made by real-life friends from Oklahoma on a real-life vacation, BLOOD LAKE is a rewardingly lethal collision of ’80s slasher video-vomit and twisted cinéma vérité madness. From false metal soundtrack hits to gratuitous scenes of people sleeping, this might be the only movie in history capable of receiving a stamp of approval from both David Lee Roth and Andy Warhol.

A television crew investigates a home where alleged paranormal sightings of La Llorona (The Crying Woman) have occurred. Soon, the group finds themselves in a life or death fight as one of the world’s oldest urban legends comes to life before their eyes.

An expecting Mother (Rachel) and husband (Matt) crash their car in the countryside and are offered shelter by a farmer and his wife. Rachel soon realizes the farmer’s children are in fact stolen. Just as they try to escape from the farm Rachel goes into labor…..

By 1971, drive-ins across America were clamoring for a new BLOOD ISLAND movie. But with de Leon/Romero busy creating the ‘machete maidens’ genre, Hemisphere instead turned to writer/producer/distributor Sam Sherman (SATAN’S SADISTS) and director Al Adamson (BLOOD OF DRACULA’S CASTLE) to deliver a comparable saga of gruesome shocks and mad doctor mayhem. The result – the only Hemisphere production to be shot outside the Philippines – remains the insane epitome of low-budget ’70s horror and one of Adamson’s most infamous epics. Kent Taylor (BRIDES OF BLOOD), Grant Williams (THE INCREDIBLE SHRINKING MAN), Regina Carrol (ANGELS’ WILD WOMEN), John Bloom (THE INCREDIBLE 2 HEADED TRANSPLANT), Angelo Rossitto (FREAKS) and Zandor Vorkov (DRACULA VS. FRANKENSTEIN) star in this “great bloody film” (Grindhouse Database) – also known as THE CREATURE’S REVENGE and THE OOZING SKULL – now featuring a new 2k CRI scan.

The first film to expose unsolved wildlife deformity outbreaks and where they may lead.

Thirty years after the release of THE TOXIC AVENGER, Mark Torgl aka Melvin the Mop Boy resurfaces at a horror-fan Cosplay convention to reveal the reason for his prolonged obscurity. But before he can explain, Mark is abducted by masked gunmen. When Mark is abducted, the convention erupts into chaos. Later a rumor that toxic waste found on the set of the original film is believed to be linked to a rash of deaths and Mark’s disappearance. Lloyd Kaufman – mastermind of the original cult-classic goes missing while searching for Mark and a bizarre conspiracy unfolds emanating from a toxic oasis located somewhere in the marshlands of New Jersey.

Zombie horror anthology. What happens when an uncontrollable virus turns the living into the living dead?

Addicted to Heroin and tortured by children, 8 Ball the Clown tries to end his life but he just can’t do it, so he tracks down the kids who have been crank calling him – hell-bent that they feel the pure pleasure and pain of his God.

In this pseudo-sequel to his masterpiece THE BLOOD DRINKERS, director Gerry de Leon (TERROR IS A MAN, BRIDES OF BLOOD) delves even deeper into themes of lust, guilt, faith and redemption within an aristocratic family cursed by vampirism. But this time, he adds rich gothic dollops of torture, incest, carnal depravity and blackface that “oozes sexual menace, brims with potent cultural metaphors and makes for unusually hypnotic viewing” (Senses Of Cinema). Amalia Fuentes (THE BLOOD DRINKERS) and Eddie Garcia (BEAST OF BLOOD) star in this “artfully executed vampire chiller” (Blu-ray.com) – also released as WHISPER TO THE WIND, BLOOD OF THE VAMPIRES and CREATURES OF EVIL – from “The Father of Philippine Horror” (DVD Drive-In) and now scanned in 2k from the only surviving film elements. 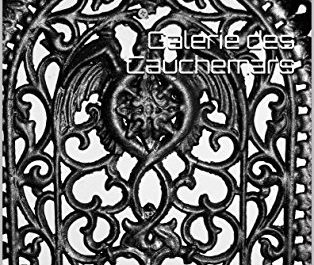