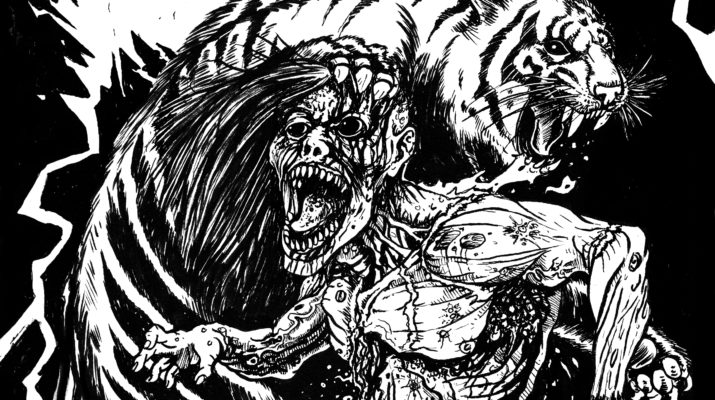 “Reyes writes excellent action scenes and if you are from New York at all, you’ll find yourself grinning at the characters and locales that populate his books. His descriptions are vivid, and he pays attention to the details of his world-building in a commendable way. If you like urban fantasy and cosmic horror, it’s definitely worth the time.”

“It’s a quick read, but it remains in your mind. You keep on thinking about Clock, about his fate, about his… eternity. I’m already recommending this book. Not only to horror readers but for paranormal and thriller lovers.” 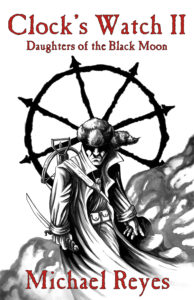 “All of the stories flowed together well. I’ve never been to the setting of the stories, but the author did a great job using descriptives so I could imagine I had been there before. Looking forward to reading the next set of adventures of this unlikely hero!”

“I’d very much recommend this, both considering the price and the quality of the work. The internal art is absolutely superb, and Reyes’ take on his world is both unique and interesting.”

“Reyes does a masterful job of weaving the everyday life of New York with the occult, pulling from a variety of traditions for his antagonists… and Clock himself.” 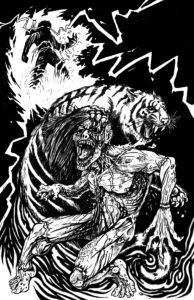 Clock’s Watch II: Daughters of the Black Moon. A novella of heroic dark fantasy and terror. Illustrations by Sean Bova. 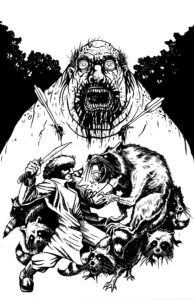 The positive recommendations continue even in French…

Regardless of your language be the next to give this awesome book a positive review after getting your copy at:

And if you haven’t read book 1 yet… 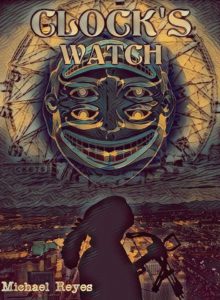 Clock’s Watch:
Chaos creatures attempting to breach our world possess the body of a young mother! Can a strange observer stop the threat from beyond, or will it spill out into Coney Island to devour all that’s in its path?!

The Black Balloon:
Spending his final days near Coney Island, Stefano Murphy has been noticing a mysterious character: Clock! Will Murphy’s past finally catch up with him, or will a demon Clock is hunting get to him first?!

Narrioch:
In his past as guardian of Narrioch, Clock has foiled the plans of powerful entities… The defeat of Mudiret has bought only a brief respite, and Clock soon finds himself the target of its master’s wrath!

The Indigo Mushroom:
Extra-dimensional entities have tampered with our universe, an alien mineral intelligence has arrived on Earth, and Clock’s buddy Sal has lost his job! Can Clock stop the vanguard of a mechanical invasion?!

The Cut Worm Forgives the Plough:
A lover’s tiff between Danny and his girlfriend reaches the next level when Maria is possessed by a demon! Can Clock reconcile the couple or are the blood and bodies strewn on the dance floor just too much!?

Crockett:
Clock hoped to have put the past behind him, his memories hidden as a perk of his job… But when the Indigo Mushroom calls out to him, Clock must confront a demon from his past or be destroyed by it!

“I really liked the stories themselves. The various demons and monsters were interesting and creative. The stories were also wrapped up in a good manner with each one self-contained.”
-Sci-fi & Scary

“I think if you like Weird Occult pulp, this sort of thing would be right up your alley—I think one thing that is strongly to Clock’s benefit is that rather than being a throwback in time, setting stories in the pulp era, Reyes takes the classic weird occult format and places it in the modern day. So rather than pastiche or homage, Clock feels more like a contemporary, new weird* (but not New Weird) occult adventure series.”
-Cirsova

“Reyes’ riotous creativity is almost overwhelming. So much weirdness goes on that, even though most of it’s explained, it’s difficult to really understand. Oftentimes, that sort of writing just irritates me, but here it’s incredibly valuable at creating the sense of a deep and dangerous world that lurks below the boardwalk and inside dirty motel rooms along the Brooklyn shore.”
-Fletcher Vredenburgh, Black Gate Magazine

“I enjoy this book, it gives me hope that there is someone looking out for us. Maybe there are notenemies of ours from other worlds or dimensions, but there is evil and enemies around the country, world, and who knows what else. I think that is the base of this story. We all want someone who can protect us, we all want someone who can shine a light when it’s dark. There are times, however, that we can’t be who we need to be for those we care about, for those we love, so why not have an invisible being who can help us in our time of need.”
-Fang-Freakin-Tastic Reviews

“One of the things I liked most about these stories is the prose itself. It has such a lovely rhythm to it and made for a great reading experience. Overall, I was pleasantly surprised by how much I enjoyed these stories. Honestly, this isn’t really something I normally would have expected myself to like as much as I did. I would recommend Clock’s Watch to lovers of dark fantasy, or folks that maybe want something a little different.”
-Way Too Fantasy 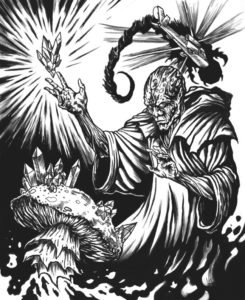 -Find more of his published stories in magazines

-Read about his plays

Check out his interview at The Bold Mom 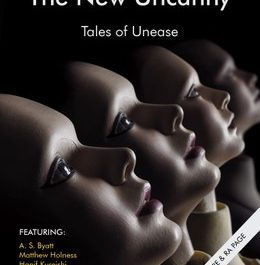 3 thoughts on “CLOCK’S WATCH II: DAUGHTERS OF THE BLACK MOON”