Here are some of the horror DVD/Blu-Ray releases for April 30th!

Feeding on cattle and humans, this towering tarantula has the people of Desert Rock, Arizona running for their lives. Can this horrifying creature be stopped or will the world succumb to its giant claws? This classic sci-fi film from director Jack Arnold (Creature From The Black Lagoon, It Came From Outer Space) stars John Agar (The Mole People, Attack Of The Puppet People) and Mara Corday (The Black Scorpion, The Giant Claw) and features a cameo by Clint Eastwood as a jet squadron leader!

A young mother living in the Irish countryside with her son suspects his increasingly disturbing behavior is linked to a mysterious sinkhole in the forest, and fears he may not be her son at all.

Imagine a pulsating mass of gray matter, expanding in size and strength as it takes control of human minds and devours human bodies. It could never happen, right? Just watch Independent Thinking, starring Dr. Anthony Blakely (David Gale, Re-Animator), a hot new TV program. But as the show’s ratings continue to soar, so does the suicide and murder rate among its viewers. What they don’t know is that Dr. Blake has teamed with an alien brain and plans to gain control of all humanity.

Chris Miller (former Spanish child star, Marisol) lives with her stepmother Ruth (Jean Seberg; Breathless) in a large secluded mansion in the countryside. Both women have been traumatized by the mysterious disappearance of Chris’ father but their isolation is soon interrupted by the arrival of a mysterious young drifter, Barney (Barry Stokes; Prey), who they take on as a handyman. All the while, an unknown scythe wielding killer has been stalking the area, leaving an ever growing body count, and it’s not long before the women grow increasingly suspicious of Barney…

Trapped in a mysterious boarding school, 16-year-old Vivien and Sophia embark on a dangerous search to uncover the horrifying truth behind their imprisonment. Soon running for their lives, the girls must save themselves or die trying. Featuring striking imagery and charismatic performances, this critically acclaimed, dystopian sci-fi thriller is an intense and furiously cerebral experience like no other.

David and Lynn have just lost their father. Now orphaned, the youngsters are sent to live with their grandparents in a beautiful victorian mansion. But no sooner than boarding the coach bus scheduled to take them to their new home do strange things start to occur, initially in the form of a mysterious woman who seems to appear and disappear in the blink of an eye. It’s not long, however, before murdered bodies are found in the area and, to make matters worse, David becomes increasingly fearful that his doting grandparents might be involved in the killings.

Janet has just returned home from college to visit her conservative family at their remote farmhouse, nestled deep in the countryside. What should be a happy reunion is quickly disrupted by the arrival of an unexpected guest: a mystery killer who photographs their unsuspecting victims before murdering them in a variety of brutal ways. As her family and friends are picked off one by one, Janet is forced to fend off the mysterious maniac, all the while uncovering unsettling secrets surrounding her family’s violent and perverse past…

In an unusual motel on the outskirts of Bangkok, four lives intertwine and change forever. A father with kinky and somewhat dangerous sexual fetishes brings his latest partner, a school girl, to his custom-made erotic chamber in Room 7. A former child actor in the midst of wild media speculations checks into Room 5, hiding from the aliens he believes are out to get him. Throw into the mix a motel staffer determined to start a new life by any means necessary, and a beautiful vixen determined to save her friend from a deadly sexual fantasy and chaos is destined to erupt. Motel Mistress, and the mysterious powers behind the motel, are now open for business. (In Thai with English Subtitles) DVD BONUS FEATURES will include interviews with the cast and crew (in Thai with English subtitles).

“A WRONG TURN and Sam Helling found himself lost in the city of Braddock. There he faced a terror so unspeakable that he left his own girlfriend Christine behind, trapped within its clutches. ONE MONTH LATER, and Sam is on the edge and suicidal. It took just one night and one bad decision to destroy his entire life. Now, with nothing to lose, he is going back. His plan – retrace his steps and search for clues to Christine’s fate. Along the way he will learn who is friend and who is foe, and receive help from an unlikely source. He will be chased through the streets, the residents unwilling to help, and fall within the vampire’s deadly lair itself. And in the end, he will have to face his own fears and disbelief if he is to unlock the mystery of the dead city, and learn what really happened to Christine on that terrible night… And once he finds her, ALL HELL BREAKS LOOSE!”

When a painter rents a secluded cabin to jump start her creativity, she has sex with a ghost and finds herself part of his plan to bring itself back to life.

The Owner house has been vacant for several years because of its very dark history — but a recent series of murders has taken the property to a whole other level of notority. A family who just moved in has been murdered, piquing the curiosity of a group of friends. Armed with handheld video cameras, the group decides to break in and investigate, leading to the worst decision of their otherwise fun-filled night. The resulting footage has been edited into the suspenseful ‘Unlisted Owner.’ We dare you to watch alone! 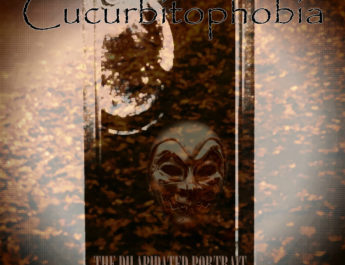