Here are some of the horror DVD/Blu-Ray releases for May 28th!

A young woman befriends a lonely widow who’s harboring a dark and deadly agenda toward her.

French dancers gather in a remote, empty school building to rehearse on a wintry night. The all-night celebration morphs into a hallucinatory nightmare when they learn their sangria is laced with LSD.

The story of True Norwegian Black Metal and its most notorious practitioners: a group of young men with a flair for publicity, church-burning and murder: MAYHEM. Oslo, 1987. Seventeen-year-old Euronymous is determined to escape his idyllic Scandinavian hometown and create “true Norwegian black metal” with his band, MAYHEM. He’s joined by equally fanatical youths – Dead and Varg. Believing that they’re on the cusp of a musical revolution, the group gets even darker, driven by the black metal dogma to spread evil. They begin burning down churches throughout the countryside and stealing tombstones for their record store. But when the press catches up with them and Euronymous takes more credit than he’s earned for the group’s violent acts, Varg, fresh out of jail, arranges a dark encounter to settle the score and ultimately determine who the darkest black metal musician is.

In 1977, legendary Amicus co-founder Milton Subotsky (ASYLUM, AND NOW THE SCREAMING STARTS) teamed with Canadian producer Claude Héroux (SCANNERS, VIDEODROME) for the anthology shocker CelluloidDiaries.com calls “highly entertaining… the best killer cat movie there is!” Peter Cushing, Ray Milland, Donald Pleasence, Samantha Eggar (THE BROOD), Susan Penhaligon (PATRICK), John Vernon (POINT BLANK) and Alexandra Stewart (GOODBYE EMMANUELLE) star in this grisly portmanteau about a paranoid writer (Cushing) who must convince his publisher (Milland) that all cats are unholy fiends based on three tales of kitty carnage. Directed by Denis Héroux (NAKED MASSACRE) from a screenplay by Michel Parry (XTRO) with cinematography by Harry Waxman (THE WICKER MAN), THE UNCANNY is now scanned from an inter-negative recently discovered in a London vault.

A young wife (Beverly Garland, Swamp Women, It Conquered The World) is abandoned by her husband (Richard Crane, Mysterious Island, The Lone Ranger) on their wedding day. Distraught, she tracks him down to his ancestral home in the bayous of Louisiana, where, amid the swamps and the deadly undergrowth, she discovers a terrible secret. Her husband was saved from death by an experimental medical procedure involving serum derived from alligators … and now he’s developing horrifying side effects. She’ll face any danger to help him including a brute with a hook for a hand (Lon Chaney Jr., The Wolf Man, Abbott And Costello Meet Frankenstein) but soon discovers her love may not be enough.

Five years after her own terrifying baby-sitting ordeal, Julia Jenz (Jill Schoelen, The Stepfather) is trying to put her life together when the past comes back to haunt her. Someone is breaking into her apartment, moving objects around and toying with her. The police think she’s just a hysterical coed, but student advisor Jill Johnson (Carol Kane), similarly victimized thirteen years earlier, is determined to nail Julia’s stalker. Retired detective John Clifford (Charles Durning), who saved Jill’s life before, must find and outwit the culprit before it’s too late in this riveting sequel that reunites writer/director Fred Walton with the stars of the original When A Stranger Calls.

From Koji Shiraishi, director of GROTESQUE, NOROI THE CURSE, THE SLIT-MOUTHED WOMAN and SEDAKO VS. KAYAKO comes A RECORD OF SWEET MURDER: Sang-joon has recently escaped from a mental institution and managed to amass a kill count in the high teens, a South Korean journalist and a Japanese cameraman are invited to an abandoned apartment to interview the murderer. They believe the wanted criminal has committed 18 murders, but the criminal claims he has already killed 25. He furthermore claims that if he completes the killing of all 27 on his list, not only will his dead friend be resurrected, but also all 27 will come back to life. Bonus features include: Still Gallery, Trailers

Swim deep into the blood-infested waters with this box set of shark tales. You’ll never go back in the water after this triple set of terror, including three classic horror shark themed features: Shark Exorcist, Sharkenstein and Raiders of the Lost Shark.

From the creator of NBC’ hit series “The Event,” comes a post-apocalyptic creature thriller in which mankind is nearly extinct. Humans engineered an ice age to eradicate a plague that was killing them off. The ice age turned out to be just as deadly. A rag-tag group of survivors led by Vargas (Eric Szmanda) are on a quest for the safe haven known as ”Shangri-La,” where their species has supposedly started rebooting civilization. They face many dangers on their quest including the frigid cold, a mutant cult and a pack of mysterious creatures known as Green Eyes.

Teenage twins Alan and Joseph are sent to spend time at their aunt’s farm. Little do they know that Aunt Lacy has an unhealthy obsession with her deceased husband, whose body she keeps in her home, and her handyman is a serial killer who dismembers his victims and stores their body parts in the barn. Don’t miss out on this new release of the micro-budget wonder Frank Henenlotter (creator of Basketcase) called, ”the only film with the guts to push the boundaries into new uncharted territory!” This shocking 1987 shot-on-video horror film achieved underground notoriety as part of the direct-to-video movement of the 1980’s and is now available in a two-DVD Limited Edition with these great bonus features: commentary by directors and stars Mark and John Polonia, ”Back to the Farm” making-of documentary, early 8mm Polonia Brothers Gore Shorts, ”Monster Movie”, the final film from co-director John Polonia, ”How to Make a Monster Movie” featurette, deleted scenes, John Polonia tribute, trailer vault, and booklet with new essay by Horror Boobs editor Matt Desiderio.

Balancing between a failed relationship, uninspiring studies and financial problems, headstrong textile student Irina finds herself stuck in the modern rat race. To overcome her problems she decides to accept an unexpected summer job offer at the secluded and self-sufficient village of Kyrsyä, aka ”Tuftland”. As Irina slowly comes to terms with her situation in the middle of the endless Finnish forest, the harmless and offbeat local hillbillies begin to reveal their true nature. Acclaimed at film festivals around the world, Tuftland, from director Roope Olenius, is a mix of terror, mystery, and extremely dark humor in the tradition of ”The Wicker Man” and ”Rosemary’s Baby.”

Candace is possessed by a demon, and her family has tried everything to save her. Her last hope may be a priest with his own dark secrets. 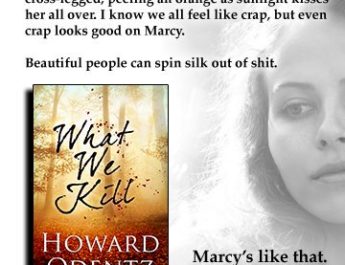 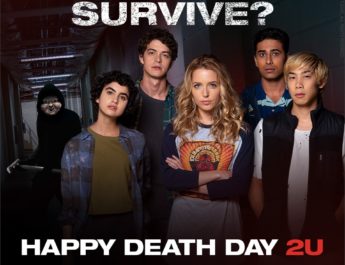 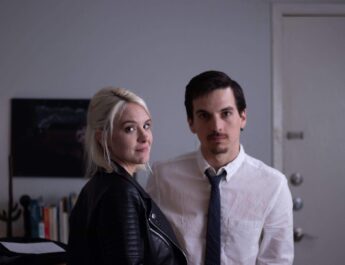