Here are some of the horror DVD/Blu-Ray releases for June 18th!

Horror icons Boris Karloff and Bela Lugosi created some of the most memorable characters in cinematic history. Their unforgettable performances as Dracula and Frankenstein’s monster terrified a generation of moviegoers and when these two legendary actors came together for a series of films in the 1930s, audiences could not get enough. This collection includes The Black Cat, The Raven, The Invisible Ray and Black Friday.

Rocks from a meteor which grow when in contact with water threaten a sleepy Southwestern desert community.

From Chan-wook Park, the director of Sympathy for Mr. Vengeance, Oldboy, Lady Vengeance and Stoker, comes a shockingly original vampire story with a chilling, erotic style. A blood transfusion saves the life of a priest (Kang-ho Song, Memories of Murder, The Host, Snowpiercer), but also transforms him into a vampire. He struggles to control his insatiable thirst for blood until a love affair unleashes his darkest desires in deadly new ways. Daring and operatic, Thirst is a truly wicked love story that takes classic vampire lore to twisted new heights. “A MAD LOVE STORY! Director Park Chan-wook’s richest, craziest, most mature work yet!” – Richard Corliss, TIME

The story of True Norwegian Black Metal and its most notorious practitioners: a group of young men with a flair for publicity, church-burning and murder: MAYHEM. Oslo, 1987. Seventeen-year-old Euronymous is determined to escape his idyllic Scandinavian hometown and create “true Norwegian black metal” with his band, MAYHEM. He’s joined by equally fanatical youths – Dead and Varg. Believing that they’re on the cusp of a musical revolution, the group gets even darker, driven by the black metal dogma to spread evil. They begin burning down churches throughout the countryside and stealing tombstones for their record store. But when the press catches up with them and Euronymous takes more credit than he’s earned for the group’s violent acts, Varg, fresh out of jail, arranges a dark encounter to settle the score and ultimately determine who the darkest black metal musician is.

Dr. Rand (Amber Benson) has her life turned upside-down by the suspicious disappearance of her star pupil. Bizarre and macabre dreams bleed into reality, as her obsessive pursuit for the truth endangers her career, wife, and sanity.

These people are crazy and they kill!

An all-female rock band decides to shoot their latest music video in an abandoned carpenter’s shop. Little do they know that the house was the location for a series of gruesome tortures and killings many years earlier, and it wants more. What starts out as a lark for the nearly-naked quartet turns into a weekend full of blood and pain when it’s discovered that they are not…alone. Directed by Brace Beltempo. In italian with English subtitles.

The global economy is hit by crisis and major political changes begin to upset local governments. Shaken by these social changes, Davide is a thirty year old man who lives in an isolated house lost in the hills of central Italy. Fired from his job, Davide sets out to find a way to vent all the frustrations of a life spent in precarious employment and the extremely strict education of his father. He finally finds that outlet when he kidnaps a local girl and locks her up in his home. MAD IN ITALY draws us into a chilling and disturbing reality, shakes our confidence, and forces us to examine aspects of mental deviation and fear we would rather not. Written and Directed by Paolo Fazzini and featuring amazing cinematography by one of the most talented Italian directors of photography, Mirco Sgarzi (House of Flesh Mannequins and Orgy of Blood), MAD IN ITALY also features chilling special effects and a dynamic soundtrack that make this nightmarish world come alive. In Italian with English subtitles.

‘Trainspotting’ meets ‘Let the Right One In’ in THE TRUANTS 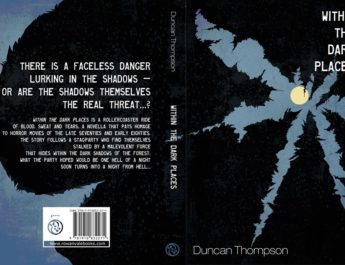 WITHIN THE DARK PLACES