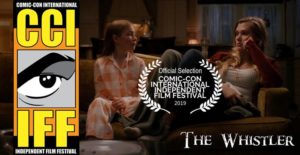 The Whistler, the latest indie fantasy-horror short film, from award-winning director Jennifer Nicole Stang of Round Table Pictures, will be screening at San Diego Comic-Con on Friday July 19th, 2019 at 7:20 pm PT at the Marriott Grand Ballroom 6 at the Marriott Marquis and Marina Hotel on 333 W Harbor Dr, San Diego, CA 92101.

Jennifer will be a part of a Q&A panel following the screening along with the film’s composter, Emmet Lee Stang. Special appearances may also be made by producer Sasha Filipovich and actor John Emmet Tracy.

Inspired by the story of The Pied Piper of Hamelin by Robert Browning, The Whistler tells the story of Lindsey (Karis Cameron) who is forced to babysit her younger sister Becky (Baya Ipatowicz) one night. After falling asleep, Lindsey awakens to find her sister missing. Someone has taken Becky and may be after Lindsey as well.

“Our intention with The Whistler was to portray a classic horror story of a night of babysitting gone wrong with an original Pied Piper like monster who has been stealing children since the founding colonies of America in the 1600s. It’s a suggestive piece that evokes questions about the time-old theme of purity and sin, a theme; that despite ideological changes, remains strong. I hope that viewers enjoy putting the pieces together and are surprised by a few jump scares as well,” says Jenny.

With her production company Round Table Pictures, Jennifer has directed numerous award-winning music videos and short films. Jennifer’s short film, El Lago (The Lake) was awarded Best Fantasy Film at the Mexico International Film Festival and 1st place at the Honolulu Film Awards. El Lago was also featured on Cinemakers and GAIA TV. In addition, Jennifer’s web series Englishman in LA starring Ashley Fink of Glee fame and Eddie Jemison of the Ocean’s franchise received rave reviews from In Touch Magazine and Broadway World, along with several accolades at the LA Web Series Festival, can currently be found streaming on Amazon. 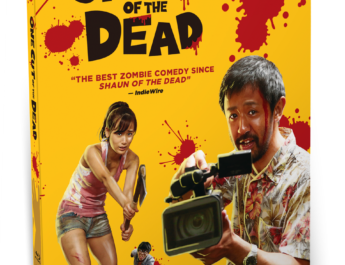 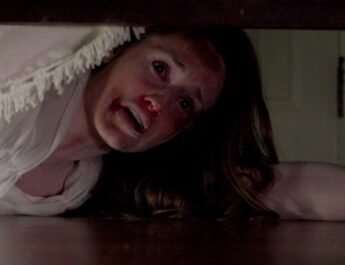