Charles Band’s iconic independent film studio Full Moon is set to appear this week at the juggernaut, four-day fest that is the San Diego Comic-Con International!

The 2019 San Diego International Comic-Con runs from July 18-21 at the San Diego Convention Center and Full Moon is pulling out all-the-stops, bringing a slew of wild merchandise and convention-only exclusives that should have weird movie aficionados losing their marbles!

First up, Full Moon’s much-hyped DEADLY TEN live-streamed feature film production project continues to swell, having wrapped their first two twisted tales – Danny Draven’s WEEDJIES and Chris Alexander’s NECROPOLIS: LEGION – and now the studio is prepping their third film, John Lechago’s BLADE: THE IRON CROSS! This stand-alone spin-off from Full Moon’s legendary PUPPET MASTER franchise goes to camera in August and fans can watch the movie being made LIVE only at www.DeadlyTen.com! And when fans drop by the Full Moon Comic-Con booth, Band (who will appear on all four days) and staff will be giving away FREE packages of limited edition DEADLY TEN collectors cards to every single person that signs up for FREE to the DEADLY TEN site!

The studio will also be teasing their upcoming line of DEADLY TEN comic books from Full Moon Comix! Each issue will feature a sidebar story from each individual feature film’s narrative; the ultimate way to go deeper into the DEADLY TEN universe, with stories written and illustrated by today’s top comic talents!

On top of all this DEADLY TEN awesomeness, Full Moon will also have a LIMITED stock of their AWARD-WINNING “Toulon’s Trunk” Blu-ray box sets on hand at a ridiculously low SDCC ONLY exclusive price! Plus, they’ll have copies of DELIRIUM #20 – Full Moon’s popular cult and horror film magazine – featuring a blow-out cover story feature on the SUBSPECIES films, an interview with Full Moon legend Phil Fondacaro and much, much more!

So come and meet Full Moon founder and living weird movie legend Charles Band, sign up for DEADLY TEN and get INSANE deals on loads of wicked Blu-rays, DVDs, comics, magazines, box sets, toys, clothing and MUCH, MUCH more! Only at SDCC 2019! 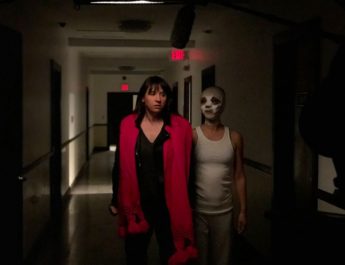 Seed&Spark on the Hunt for the Next Great Genre Film