Beyond belief lies the heart of science fiction and this fall, fans of the genre will assemble at the inaugural Dystopia Sci-Fi Con, a new interactive event featuring a cinematic lineup of sci-fi, cyberpunk, virtual reality, and future noir alongside special guests, panels, exhibitors, and more. The gathering will also host the first half of The 8th Annual Philip K. Dick Science Fiction Film Festival, a thriving platform for independent film in honor of acclaimed novelist Philip K. Dick. A number of celebrated actors, filmmakers, and speakers will appear including David Brin, Barney Burman, Elizabeth Karr, Julianna Robinson, Tim Russ, Saku Sakamoto, M.D. Selig, and John Alan Simon. Held at the Los Angeles Convention Center, the event will run from November 8-10, 2019.

Theorized that science fiction is the science of tomorrow, Dystopia Sci-Fi Con will serve as a captivating observation into the future. “Dystopia refers to a world out of balance where the human spirit is crushed under the weight of monopolistic corporations,” said organizer Daniel Abella. “Our event is a fascinating way of watching how our lives will be affected by what is to come.” With a slate of activities highlighting feature and short films, cosplay, and guests from across the genre’s spectrum, Abella promises an enjoyable and satisfying occasion. “We are brining back the look and sound of traditional sci-fi cons,” he said. “In such a welcoming environment, fans can express their interests and feel more connected to everything they love about sci-fi.”

As the West Coast home for The Philip K. Dick Science Fiction Film Festival, screenings will be held as part of its eighth annual outing that continues in New York City in March 2020. “Philip K. Dick created the modern spirit of rebellion through his questioning of a world run by conformity,” said Abella. “His work centered on the plight of humans keeping their dignity in the face of a dehumanized world and more than any other writer, he foresaw what is happening today.” The festival will present a lineup of independent films and a series of panels that explore revolutionary views and Philip K. Dick’s influence on science fiction. The timing of the gathering also honors a key work in the PKD universe with a noteworthy tribute planned. “Blade Runner takes place in L.A. in 2019,” said Abella of the 1982 film based on PKD’s novel Do Androids Dream of Electric Sheep? “For this reason alone, I cannot think of a better time than now to christen our sci-fi con.”

Central to the festival’s program are two early official selections including the World Premiere of M.D. Selig’s The Gunrunner Billy Kane, which follows a rogue professor in the arms trafficking business who funds scientific experiments to save the life of his dying daughter. Also screening is Wild Boar directed by Oscar-winning makeup artist Barney Burman in his directorial debut. The L.A. Premiere film depicts a hidden colony of mutant wild boars who prey on innocent people in a world where humans are no longer in control. “We are proud to have these films on our schedule because they show us that science fiction is the dress rehearsal of tomorrow,” said Abella. “They both speak of worlds with new and frightening living conditions after the balance between man and nature has been irrevocably lost.”

Dystopia Sci-Fi Con will also introduce Deep Interactive Cinematic Experience, otherwise known as “Deep ICE,” where film and theater blend together and communicate insights into the nature of reality. “The audience will get to participate in a cinematic living theater to uncover the mysteries that connect us to some of the most popular sci-fi films of all time,” said Abella of the multimedia method that follows a “Matrix-style” simulation. “A mega-narrative will be weaved before the audience and they will experience something that is nothing short of a personal transformation.”

Featured prominently throughout the convention will be a showcase of creative brands heavily influenced by science fiction. “We will have collectibles, graphic novels, comics, and artwork,” said Abella of the plans to have more than 100 businesses participating. “This is an important element because exhibitors being fans themselves are passionate about their products and services. They collectively represent another dimension of the sci-fi current.”

The full schedule will be announced closer to the event.

Wild Boar (2019) — L.A. PREMIERE
Director: Barney Burman
Run Time/Country: 97 min, USA
Synopsis: In a world where man is suddenly no longer at the top of the food chain, a group search in the desert for a bounty left by an eccentric billionaire but instead end up being hunted by a mutant boar with an axe to grind. Starring Augie Duke (Burning Kentucky), Daniel Roebuck (The Fugitive), Jessica Sonneborn (The Basement), Douglas Tait (Hellboy), Jim Nieb (I’m Dying Up Here), and Michael Reed (Brides of Satan).

Special Guests + Panels:
Panels devoted to film screenings, artificial intelligence, classic film and television, dystopian futures, genetic engineering, graphic novels, stem-based applications, time travel, UFO’s, and the legacy of Philip K. Dick will be held. The following attendees have been confirmed ahead of a full guest list slated to be announced at a later date.

David Brin — Writer/Speaker/Futurist
As a New York Times best-selling author and winner of Hugo, Locus, Campbell, and Nebula awards, Mr. Brin’s novels include “The Postman” (1985), “Heart of the Comet” (1986), “Kiln People” (2002), and the successful “Uplift Universe” novels which envision galactic issues of sapience and destiny. In addition to his writing career, he is a renowned internet security expert, business and governmental consultant, social media influencer, public speaker, and scientist with a Ph.D. in Physics.

Barney Burman — Makeup Artist/Director/Screenwriter
Winner of the Academy Award for Best Achievement in Makeup for Star Trek (2009), Mr. Burman is a highly acclaimed special effects makeup artist. He has worked on many notable productions including Body Snatchers (1993), The X-Files (1998), How the Grinch Stole Christmas (2000), Planet of the Apes (2001), and Bird Box (2018). For his directorial debut, his film Wild Boar (2019) will hold its L.A. Premiere at The 8th Annual Philip K. Dick Science Fiction Film Festival in 2019.

Elizabeth Karr — Actor/Producer/Teaching Artist
As producing partner for Discovery Productions, Ms. Karr has overseen numerous projects including the film adaptation of Philip K. Dick’s novel Radio Free Albemuth (2010). She produced the documentary The Good Breast (2016), which follows the journeys of four women and their surgeon through the course of breast cancer treatment and through her position as an executive member at Women In Film, is an advocate for female representation in cinema. In addition to working as a private acting coach and teaching artist, her acting credits include ER (2005), House (2005), Sleeper Cell (2006), and Women’s Murder Club (2007).

Julianna Robinson — Actor/Director/Producer/Screenwriter
A performer of noted depth, Ms. Robinson’s credits include The Undertakers (2014), The Funeral Guest (2015), Nun (2017), and The Gunrunner Billy Kane (2019). For her work as a director, producer, and screenwriter, she has taken part in the productions of Lucky Penny (2015), The Many Mishaps of Penelope and Ursula (2017), The Party (2019), and Hurricane Forecast (2019).

Saku Sakamoto — Animator/Director/Screenwriter
Skilled at the techniques of animation, Mr. Sakamoto has directed several short films including Denshinbashira Eremi no koi (2009), Mattsu, Yamma, and Moburi (2014), and Fisshâman (2016). He also created the digital effects for Ghost in the Shell 2: Innocence (2004) and wrote and directed his first feature film ARAGNE: Sign of Vermillion (2018), an official selection at The 7th Annual Philip K. Dick Science Fiction Film Festival in 2019.

M.D. Selig — Actor/Director/Producer/Screenwriter
Having served in the U.S. Marines, Mr. Selig is a decorated combat veteran of Desert Storm. His first feature film Southern Justice (2006), for which he wrote, directed, produced and starred appeared on all major video outlets and is currently streaming on Netflix. He has been associated with several projects including Zero Dark Thirty (2012) and his production of The Gunrunner Billy Kane (2019), which will hold its World Premiere at The 8th Annual Philip K. Dick Science Fiction Film Festival in 2019.

John Alan Simon — Director/Producer/Screenwriter
A highly successful director, producer, and screenwriter, Mr. Simon serves as the president and CEO of Discovery Productions. He is noted for the film adaptation of Philip K. Dick’s novel Radio Free Albemuth (2010), which won Best Science Fiction Feature at The Inaugural Philip K. Dick Science Fiction Film Festival in 2012. Over the course of his career, he has been involved in the financing, production, sales, and marketing of films including The Haunting of Julia (1977), Out of the Blue (1980), Howling II: Your Sister Is a Werewolf (1985), and The Wicker Man (2001).

About Dystopia Sci-Fi Con:
Dystopia Sci-Fi Con coming to Los Angeles in November 2019 is a three day presentation of films, panels, virtual reality, exhibitors, and more. The interactive event will serve as the official West Coast home of The 8th Annual Philip K. Dick Science Fiction Film Festival, an independent film platform which launched in New York City in 2012 in honor of novelist Philip K. Dick. Since 2013, the festival has held gatherings in France, Germany, and Poland with additional screenings in California in early 2019. Examining the fundamentals of science fiction, Dystopia Sci-Fi Con will offer a comprehensive look at modern society through the discoveries of totalitarian worlds, alternative universes, technological advancement, and the human condition. 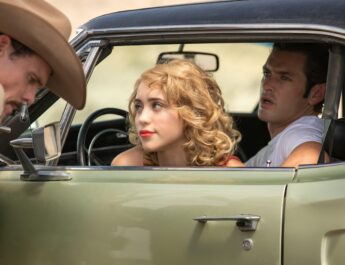 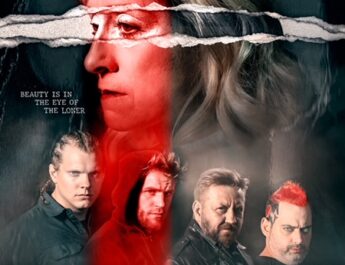 IF I CAN’T HAVE YOU Now Available from Midnight Releasing 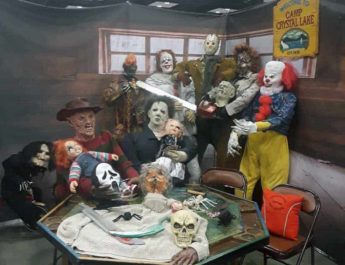