Here are some of the horror DVD/Blu-Ray releases for July 30th!

When a young married couple (Michael Ealy and Meagan Good) buys their dream house in the Napa Valley, they think they have found the perfect home to take their next steps as a family. But when the strangely attached seller (Dennis Quaid) continues to infiltrate their lives, they begin to suspect that he has hidden motivations beyond a quick sale.

From executive producers Joe & Anthony Russo (Avengers: Infinity War and Avengers: End Game), comes a coming of age story unlike anything you’ve ever seen. Set against the backdrop of late 80s counter culture, Deadly Class follows a disillusioned teen recruited into a storied academy for assassins. Maintaining his moral code while navigating a ruthless curriculum, vicious social cliques, and his own adolescent uncertainties may prove fatal. DEADLY CLASS is based on the smash hit comic series of the same name by Rick Remender.

A mysterious artifact is unearthed in London, and famous scientist Bernard Quatermass is called into to divine its origins and explain its strange effects on people.

Professor Quatermass, trying to gather support for his Lunar colonisation project, is intrigued by mysterious traces that have been showing up.

In 1830, forty years to the day since the last manifestation of their dreaded vampirism, the Karnstein heirs use the blood of an innocent to bring forth the evil that is the beautiful Mircalla – or as she was in 1710, Carmilla. The nearby Finishing School offers rich pickings not only in in the blood of nubile young ladies but also with the headmaster who is desperate to become Mircalla’s disciple, and the equally besotted and even more foolish author Richard Lestrange.

A seemingly tame leopard used for a publicity stunt escapes and kills a young girl, spreading panic throughout a sleepy New Mexico town.

Scientific experiments backfire and produce horrific mutations: half man, half fish, which terrorize a small fishing village by killing the men and raping the women.

In a Cornish village, various locals die from mysterious snake bites, but the coroner rules the deaths as heart attacks, until a family of newcomers starts an investigation.

Andrea Palmer (Katrina Zova) spends her days working as a cam girl. After having an online breakdown, she receives an unexpected and too-good-to-be-true offer to come to Los Angeles and work full time as an erotic model. Jumping on what seems like a perfect opportunity for financial independence, Andrea immediately travels to LA but no sooner than arriving, discovers that she’s been conned and finds herself stranded and alone. Relying on what she knows best, she begins working as an escort, losing a bit of herself with each new client and becoming more and more willing to perform the most vile of sexual services; a decision which can only end in tragedy and violence.

Decades ago, deranged Professor Jones (John Saxon) concocted a diabolical drug at a rural college called ‘The Nietzsche Experiment,’ designed to give its users telepathic abilities, but instead turned anyone who took it into violent lunatics. Now, 20 years later, Jones has returned to resume his experiments and avenge himself against those he feels wronged him and his work. Armed with a group of hideously deformed mutant slaves, it’s not long before the tranquil college becomes host to vicious violence and carnage.

Wendy, a part-time summer employee at a mountainous state park, takes on a rough trail assignment at the end of the season, trying to prove to her friends that she’s capable enough to do the job. When she takes a wrong turn and ends up deep in the backcountry, she stumbles upon what might be a potential crime scene. Stuck with no communication after losing her radio and with orders to guard the site, Wendy must fight the urge to run and do the harder job of staying put — spending the night deep in the wilderness, facing down her worst fears and proving to everyone — including herself — that she’s stronger than she thinks.

Hester Ramsey (Yvonne De Carlo) lives in a cavernous old house, with only her pet Rottweiler, Greta, to keep her company. Bitter and alone, Hester blames her estranged sister for stealing away her one true love, Sam, decades earlier. Following her sister’s death, Hester begins to plot a diabolical revenge, using her knowledge of the black arts to place a spell on her dog, and then gifting the satanic beast to her grief stricken niece, Audrey (Stephanie Dunnam). Soon, those closest to Audrey begin to get bumped off by her newly cursed pet in a series of increasingly violent ‘accidents,’ as Hester seeks to kill off all of her surviving family and leave Audrey to take the blame.

In Star Pilot (1966) aliens from the constellation Hydra crash-land on the island of Sardinia. A prominent scientist, his daughter, several young technicians, and a pair of Oriental spies are taken hostage. In UFO Target Earth (1974), an electronics expert searching for evidence of aliens picks up signals that he believes are from an alien spacecraft–and they are coming from a lake near town.

In the Thirsty Dead (1974), beautiful young girls are kidnapped off the streets of Manila by a death cult that needs their blood to remain immortal. In The Vampire Happening (1971), an American actress inherits a castle in Transylvania. What she doesn’t know is that her ancestor, the Baroness Catali, was in actuality a vampire countess, and emerges from her tomb to ravage the nearby village and Catholic seminary.

In A Bell From Hell (1973), a young man is released from an asylum and returns home for revenge on his aunt and her three daughters, who had him declared insane in order to steal his inheritance. In Delirium (1987), a former hooker runs a successful men’s magazine while an obsessed admirer systematically slaughters her models.

In Funeral for an Assassin (1974), a professional assassin has a vendetta against his former employer for their betrayal and his subsequent imprisonment. In Funeral Home (1980), a young woman arrives at her grandmother’s house, which used to be a funeral home, to help her turn the place into a bed-and-breakfast inn.

In Haunts (1976), a seemingly innocent farm girl is convinced that her slovenly uncle is the man responsible for the bloody scissor-murders of several local girls. In The Hanging Woman (1973), a stranger’s arrival to claim an inheritance is met with apocalyptic visions and other evil omens.

In Guess What We Learned in School Today (1970), parents in a small, conservative community don’t think that the sex drive is a normal thing for children to experience. In Poor Pretty Eddie (1975), a wrong turn on a jazz singer’s road trip results in her car breaking down near an isolated lodge run by a faded starlet and a young, homicidal Elvis impersonator.

In Lord Shango (1975), a tribal priest returns from the dead to take his revenge on non-believers. In Isle Of The Snake People (1971), an evil scientist runs a veritable army of LSD crazed zombies.

In Deadtime Stories (1986), a babysitting uncle tells his charges three horror stories about a killer witch, Little Red Riding Hood and a werewolf, and “Goldi Lox” and the three bears. In Deadly Harvest (1977), a farmer struggles to keep food on the table, and regain his son who has joined a gang of marauding city-folk during the world’s worst famine.

In Night Train to Terror (1985), God and Satan are on a train discussing the fate of three individuals. In Legacy of Blood (1978), three wicked sisters and their equally unsavory husbands attend the reading of their uncle’s will. One by one, the heirs are dispatched by an unknown killer.

In Bail Out (1989), a trio of hapless bounty hunters are recruited by a shady bail bondsman to try to keep a witness in drug trial alive to testify. In The Big Fight (1972), during WWII the Japanese occupied most of China and used the people for forced labor. They were notoriously cruel and some Chinese rose in resistance.

In The Witches Mountain (1975), a photojournalist traveling through the Pyrenees on assignment with a beautiful writer stays overnight at an ancient Spanish castle, only to hear that the adjoining mountain is occupied by a coven of witches. In Crucible Of Horror (1971), a mother and daughter hatch a scheme to murder their family’s domineering and sadistic patriarch. 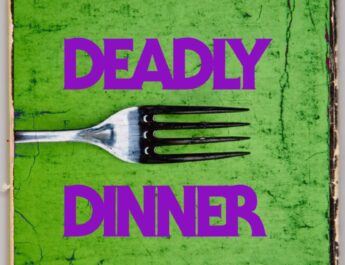