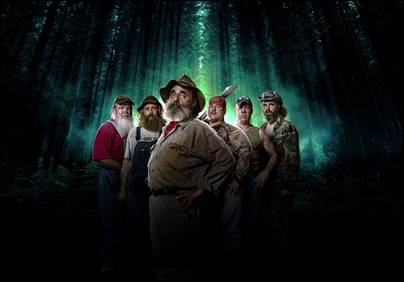 GHOST BROTHERS: HAUNTED HOUSEGUESTS
In “Ghost Brothers: Haunted Houseguests,” best friends and ghost hunters Dalen Spratt, Juwan Mass and Marcus Harvey respond to pleas from families experiencing paranormal activity in their homes. Traveling across the country to answer the calls for help, Spratt, Mass and Harvey move right in to embed themselves with different families for a weekend slumber party of spiritual proportions! The goal is to investigate each family’s paranormal claims and bring peace to the home’s inhabitants, both the living and the departed. [Hour-long episodes]

SERIES PREMIERE: “The Bad Man” – Premieres Friday, August 16 at 9 p.m. ET/PT
Disabled Marine Corp veteran Conrad Dowe had big dreams of renovating a historic mansion in Vassar, Michigan, dubbed “Wedding Cake House.” Almost immediately after carrying his new bride, Jessica, over the threshold, the spirits in the house revealed themselves and let the Dowes know they were not alone. For years the family, including their young son Xavier, has seen a dark shadow figure they named the “Bad Man,” and a female spirit who Jessica calls the “Protector.” This family needs protecting. One violent paranormal event landed Jessica in the hospital with life-threatening injuries. This family calls on the Ghost Brothers to help them find out why their dream home is a dangerous nightmare, and if they can make it safe for their young family.

“When Shadows Attack” – Premieres Friday, August 23 at 9 p.m. ET/PT
A Tennessee couple is forced to move back into a haunted house for financial reasons. They call on the team to rid the home of the aggressive shadow figures they fear will go after their young daughter.

MOUNTAIN MONSTERS
Deep in the Appalachian Mountains, creatures both legendary and terrifying lurk among the shadows, evading capture at every turn. Season Four of the cult-classic series, “Mountain Monsters,” reunites the fearless team of hard-core trappers to confirm the sightings of these fabled monsters. Calling themselves the AIMS team – the Appalachian Investigators of Mysterious Sightings – this rip-roarin’ group of self-proclaimed “hillbilly hunters” treks through the depths of Appalachia’s mountain forests, searching for creatures of mythical origins, determined to track down proof these monsters still roam this region today. [Hour-long episodes]

TWO-HOUR SEASON PREMIERE: “The Dark Forest Revealed” – Premieres Wednesday, August 21 at 9 p.m. ET/PT
Picking up at the exact moment last season left off, the AIMS members are on a race to flee the dark forest before it tears the team apart. After a heart-wrenching health update from Team Leader Trapper, the team members set out to finally get the answers eluding them. How did that skull get up Jeff’s nose? What secrets does the dark forest really hold? They realize they must head back and find an old barn that holds the key to all of the answers they so desperately need. But is the team finally ready for the truth?

PARANORMAL EMERGENCY
Police officers, paramedics and other first responders reveal their true encounters with the paranormal while on duty. Not only do these cases defy explanation, they terrify even the most seasoned men and women who have devoted their lives to serve and protect the living. [Hour-long episodes]

“I Wasn’t Alone” – Premieres Monday, August 12 at 9 p.m. ET/PT
A Chicago cop confronts an evil entity in a bar, a rookie officer patrols the haunted floor of a courthouse and paramedics aid a man possessed by a demon.

“It Wanted to Feed” – Premieres Monday, August 19 at 9 p.m. ET/PT
Paramedics feel an evil presence in an elderly woman’s home, a police officer helps a man being stalked by Bigfoot and an officer investigates strange sounds in a woman’s basement.

PARANORMAL SURVIVOR
In this revealing paranormal documentary series, survivors of paranormal experiences recount their terrifying and life-changing stories. Each episode features three remarkable stories interlinked by a specific supernatural theme while professionals in the field give expert insight into these extraordinary events. From dark shadows to demons, violent ghosts to the grim reaper, we document the stories of very different participants with similar experiences and journey with them every step of the way, as they recount the frightening process of what they’ve been through. [Hour-long episodes]

“Creatures From Hell” – Premieres Monday, August 12 at 10 p.m. ET/PT
Monica Paulino fears for her life when stalked by the Grim Reaper, a demon torments Brittany Robinson to the edge of sanity and an evil lizard-man terrorizes a single mother and her two daughters.

“Voices of the Dead” – Premieres Monday, August 19 at 10 p.m. ET/PT
Lee Bailey’s home turns from strange to scary as a pair of ghosts torment his family, James Creechbaum unwittingly becomes a beacon for lost spirits and a shadowy monster violently attacks a mother desperate to protect her children.

CODE OF THE WILD
Some of history’s greatest secrets are hidden in the world’s most treacherous corners, unforgiving locations that are inaccessible to all but a few. In Travel Channel’s all-new series, “Code of the Wild,” brothers Chris and Casey Keefer – extreme adventurers turned wilderness private eyes – tackle rugged territory that most wouldn’t dare, determined to track down the truth behind baffling mysteries. The brothers deploy their unique set of wilderness know-how, survival and tracking techniques, picking up where the trail for most would end, in search of answers that will finally put long-lost legends to rest. [Hour-long episodes]

“Alaska Triangle” – Premieres Tuesday, August 13 at 10 p.m. ET/PT
Casey and Chris Keefer trek into the heart of Alaska to recover a plane that disappeared while carrying two American politicians. The brothers battle the elements and conquer glaciers as they attempt to solve the 47-year-old mystery.

“Lost Race of Giants” – Premieres Tuesday, August 20 at 10 p.m. ET/PT
Chris and Casey Keefer travel to Ecuador to find a colony of giants. The brothers trek through the jungle, searching high and low for clues leading to the lost civilization.

UFOs: THE LOST EVIDENCE
In the new season of “UFOs: The Lost Evidence,” every episode uncovers the latest, never-before-revealed audio, video and documentary evidence of extraterrestrial contact from the most credible sources: government officials, the military and police, scientists and professors, along with eyewitness encounters. [Hour-long episodes]

“Extraterrestrials and Sacred Sites” – Premieres Wednesday, August 14 at 8 p.m. ET/PT
Native American myths steeped in the otherworldly go back thousands of years, but astonishing new evidence and modern-day UFO sightings have experts rethinking these extraordinary legends and depictions. The Native American cultures of the Southwest have a rich history in otherworldly and supernatural beliefs, but could new evidence and recent UFO sightings prove these are more than mere myths?

AMERICAN MYSTERY
“American Mystery” explores the mysteries that have never been solved – providing a deeper look into the stories and theories that surround them. Each episode will dive into the history of three different mysteries through interviews, archival footage and re-creation, as well as the theories behind each story and new facts and findings. What is the truth of what really happened? Opposing theories will be presented, letting the viewer ponder which one they believe. [Hour-long episodes]

“American Mystery: The Disappeared” – Premieres Wednesday, August 14 at 10 p.m. ET/PT
Shocking new theories may shed light on the fate of Amelia Earhart, D.B. Cooper and three prisoners who made a daring escape from Alcatraz.

THE DEAD FILES
Former NYPD homicide detective Steve DiSchiavi and physical medium Amy Allan are back on the case with a brand-new season of Travel Channel’s hit series, “The Dead Files.” In every episode, DiSchiavi and Allan first investigate each case separately. Utilizing his detective skills, DiSchiavi interviews witnesses and experts, and researches the history and facts behind each location. Allan, a physical medium who sees and communicates with the dead, assesses the property to identify what underlying entities reside there. Keeping their findings hidden from each other, the team avoids all contact with one another – coming together only at the very end to reveal their shocking discoveries to the property owners, and each other. [Hour-long episodes]

“Evil Comes Home” – Premieres Thursday, August 15 at 10 p.m. ET/PT
Steve DiSchiavi and Amy Allan travel to Colorado Springs, Colorado, to aid paranormal investigators who fear they brought violent activity home from one of their investigations. Both women have reached a boiling point and need answers before things turn deadly.

“Deadly Vessel” – Premieres Thursday, August 22 at 10 p.m. ET/PT
Steve DiSchiavi and Amy Allan travel to New Orleans to investigate violent paranormal activity at a church-turned-restaurant. The owners fear if the activity gets any worse, it’s only a matter of time before one of their employees, or guests, is seriously hurt.

STRANGE WORLD
Independent filmmaker Christopher Garetano, whose award-winning film “Montauk Chronicles” inspired the hit show “Stranger Things,” has spent a lifetime searching for the truth behind some of America’s most unusual stories. Now, in “Strange World,” he begins a boots-on-the-ground investigation into the legends, mysteries and first-person accounts that fuel this country’s creepiest conspiracy theories and unexplained occurrences. Garetano will immerse himself in a world of the weird and bizarre, exploring everything from the alleged curse of James Dean’s death car, Little Bastard, to the extraordinary and unexplained disappearances on California’s Mount Shasta, to the legend of Polybius, a 1980s arcade game supposedly created as a mind-control experiment gone amuck. [Hour-long episodes]

“Game Over” – Premieres Sunday, August 18 at 10 p.m. ET/PT
Christopher Garetano questions the future of gaming – and the nature of reality itself – as he investigates if society’s love affair with video games is being used to reprogram our minds.

“Without a Trace” – Premieres Sunday, August 25 at 10 p.m. ET/PT
Christopher Garetano heads to northern California to investigate the supernatural lore surrounding Mount Shasta. He searches for answers about the countless unexplained disappearances in and around the mysterious mountain. 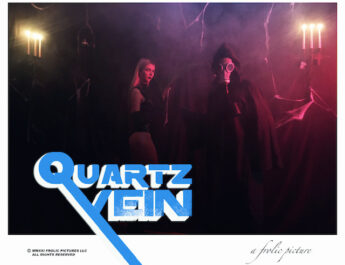 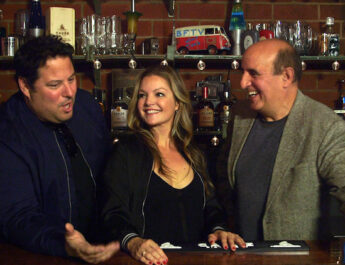 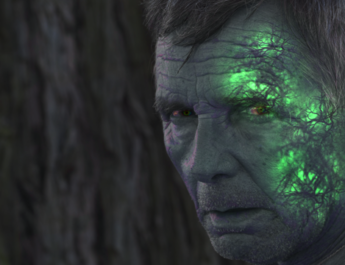 Exclusive Interview with “Evil Under the Skin” Director Jeff Schneider