Here are some of the horror DVD/Blu-Ray releases for Sept. 17th!

Sculptor Franco Serpieri (Lazenby) welcomes Roberta (Nicoletta Elmi, Deep Red) his young daughter from a failed marriage to Venice, unaware that a disturbed child-killer is stalking the city s canals. When Roberta s body is found floating face-down in the river, the lives of Franco and his estranged wife Elizabeth (Anita Strindberg, The Case of the Scorpion s Tail) are ripped asunder. Desperate for vengeance, Franco turns detective in a bid to track down his daughter s killer, and in the process unearths shocking evidence of depravity and corruption which implicates some of the most respected figures in Venetian society.

A supernatural tale following a young woman (Olivia Thirlby) who has faded from the world to the point of becoming invisible. After more than a decade existing in the shadows, Holly meets the one man who can see her, Shayne Blackwell (Alan Ritchson), a disgraced MMA fighter. Holly discovers that it was one of her tabloid photographs that caused his downfall, and that she must restore him to his former glory if she wants to regain a foothold in the world around her. With Shayne, Holly awakens to love but also to the reality that she may become invisible forever. Also starring, Jim Gaffigan, Maria Dizzia, Tito Ortiz, David Johansen, and Megan Fox.

A professor and four graduate students journey to a crumbling mansion to investigate paranormal activity and must battle ghosts, aliens and satanic entities. Bonus features include: 1st print run gets an exclusive detailed booklet on Nightwish, Trailers, 1st print run gets an alternate slip cover, Commentary with Paul White and Stephen Biro

Believe it or not! This is the first zombie movie made in Japan! In the too-near future, after a nuclear attack, Tokyo s entire female population is under siege and attacked by a lustful horde of hungry and horny male zombies who are infected by a virus that results in an insatiable appetite for sex and flesh! On the run, a business woman and a nurse seek shelter in a Shinto shrine where they meet up with a housewife and a schoolgirl. With few options, the brave women decide to stop running and take a stand against the growing, ghoulish, global threat. They arm themselves with assault rifles and explosives and prepare themselves for the final showdown to confront the monsters and destroy them to save what is left of humanity! An intentionally tasteless, over-the-top Walking Dead parody that goes where no other zombie movie would ever dare! Three complete movies! Not Rated. For Mature Viewers. Graphic nudity and gore.

Teenage babysitter Amanda (Susan George, Straw Dogs) arrives at the Lloyd home to watch their young son for the evening. But it seems that the strangely nervous Mrs. Lloyd is hiding a shocking secret … a secret that has just escaped from a nearby insane asylum and is now desperately trying to get inside the house. What must Amanda endure to survive the ultimate night of Fright?

After losing his parents, a priest travels to China to find meaning in life, but instead inherits a mysterious ability that allows him to turn into a dinosaur. At first horrified by this new power, a prostitute convinces him to use it to fight crime. And ninjas.

A woman boards a Murder Mystery train that derails. She, along with other surviving passengers find themselves trapped within the sinking wreckage. They discover what lies beneath the surface is far more terrifying as they fight to stay alive against a deadly predator determined to kill them one by one. DVD BONUS: Behind-The-Scenes Featurette

An ugly duckling yearns to leave her drab Liverpool life and move to swinging London to find her Prince Charming. But the big city holds some nasty surprises for the naïve young woman when she becomes obsessed with a handsome gigolo who may be a depraved serial killer!

A troupe of murderous circus clowns are trapped in a tornado by a witches’ spell and travel the midwest destroying everything and everyone in their path while seeking revenge on the woman who imprisoned them.

A con artist poses as a babysitter to steal from a wealthy occult enthusiast. One of the kids she’s sitting unwittingly summons a trio of witches known as The Three Mothers.

In a forest in the heart of Brazil, a young woman sees her life change as well as the lives of everyone around her when she finds the Lost Book of Cipriano, whose magic, besides granting power and wealth to whoever possesses it, can unleash a terrible Evil on the Earth. Bonus features include: Special collector’s edition Blu Ray, including a Cardboard Slipcover and Glossy 16-page Booklet, Making-of Documentary, Portuguese with English subtitles

Two complete Blu rays! In #Screamers, Internet Gurus Tom Brennan and Chris Grabow know what sells on the internet. They’ve built their viral video site into a money-making machine, primarily by providing the audience with web #Screamers – videos that distract the audience then scare them to death. When the two internet gurus investigate the authenticity of a series of these viral videos, they uncover something far more sinister and terrifying about the people behind them… In The Monster Project, aspiring horror filmmakers post an online casting call looking for real life monsters to interview for their upcoming documentary called The Monster Project. They find three individuals claiming to be a skin walker, a vampire, and a demon. Meeting these monsters at a remote mansion in the woods on the night of a total lunar eclipse, the filmmakers invite the three subjects to share their haunting, personal experiences. Working on the crew is a recovering drug addict who suffers withdrawal and paranoia. As a person of faith, he fears his friends underestimate the dark powers they are summoning. When the interviews turn deadly, he must battle the demons, inside and out, to escape the house and defeat the rise of evil incarnate. Bonus features include: #Screamers Audio Commentary with director Dean Ronalds and star/co-writer Tom Malloy, Behind-The-Scenes Making-Of The Monster Project (45 minutes long), The Monster Project Audio commentary , #Screamers: 4 Deleted Scenes with optional commentary, This loaded single disc Blu-Ray contains both feature length films and all the following bonus materials!, Smiling Man Web Series (11 episodes)

An ’80s horror throwback that tells of a rural legend of an evil scarecrow that slumbers until it’s evil cannot be contained, and it awakens and continually returns to unleash it’s unholy terror. However, a hillbilly prank gone wrong has resulted in a case of mistaken identity, and a night that a group of unsuspecting campers and townsfolk will never, ever forget.

An adaptation of H.P. Lovecraft’s works, “Dunwich Horror” tells the story of Wilbur Whateley (Jeffery Combs of Re-Animator, The Frighteners) and his sinister quest to procure a copy of the Necronomicon, an ancient, diabolical manuscript that will help him open a doorway to a dimension inhabited by unspeakable creatures known as the ‘Old Ones’.

A group of ghost hunters from a nationally syndicated TV show arrive for their latest assignment the mysterious “Wicker House” in New Orleans which has been the site of some of the grisliest murders in history. While the house has remained uninhabited since the 1950’s, locals know to stay away. Will they make it out alive or will this be the last and greatest episode of their ghostly TV series?

A lucky couple hits the jackpot when they purchase a 19th century plantation home for pennies on the dollar. Determined to get rich quick, they invite their friends up for the weekend to celebrate their good fortune. It’s quickly apparent that the plantation home’s former residents have not left and the unlucky youths suddenly find themselves running for their lives!

Three students strive to be initiated into a sorority on Halloween night. However, they soon realize that they must fight for their lives from ghosts that have invaded and the housemother that has embarked upon a killing spree.

Part 1…Prophecy (52:52, 3/9/95)…When a group of friends hold a séance in the basement of a London café they each receive a prophecy. Five years later and the prophecies have started to come true, but who made them and what is the connection with Oliver Halkin and his troubled son Edward? Part 2…Toby (52:12, 3/16/95)…Ray and Louise Knight tragically lose Toby, their unborn baby, in a car accident. Although Louise has not made love since the accident, she soon discovers she’s pregnant again. A routine scan reveals she is not pregnant, but her body insists she is. Incredibly, she goes to full term and even into labor, but to everyone’s bewilderment, there’s no baby. Then one night, Louise hears crying from the nursery and finds an old man with special powers who tells her that Toby is present and playing a horrible game with her. Part 3…Here Comes the Mirror Man (52:42, 3/30/95)…A social worker takes on a disturbed down and out but may have cause to regret it as her predecessor was murdered in mysterious circumstances. Part 4…The Man Who Didn’t Believe In Ghosts (52:54, 4/13/95)… Richard Cramer, a professional de-bunker of the paranormal, moves into Windwhistle Hall with his family, only to they find themselves involved in a series of unexplained events and accidents. They must uncover whether it is a series of bizarre coincidences, or hauntings of the former occupant’s ghost. Part 5…Number Six (53:12, 4/27/95)… Jack Taylor is the homicide detective investigating the murders of five children. Aware that the serial killer is likely to strike for the sixth time, he discovers a connection to an ancient Druidic site, and learns that the consequences of failing to stop the next killing would be far more horrifying and personal than he could ever have imagined.

A young man is accused of his ex-girlfriend’s murder. Before he’s formally charged by the police, he sets out on a two-day odyssey to find the real killer – tracking down his leads from the backseat of a rented limousine; which allows him to contemplate class society, life in the city, and the grime that runs in the small nooks and valleys of cosmopolitan life. Like the earlier works of Vince D’Amato for his Brivido Giallo trilogy, this wildly kinetic and erotic film moves through a world of contemporary, wordless, operatic imagery of sex and violence. Odissea della Morte features the talents of several cult film actors, including Momona Komagata (”Peelers”), Dan Ellis (”Bloodshock”), burlesque starlet Tristan Risk (”American Mary”, ”Amazon Hot Box”), and cult icon Lynn Lowry (”Shivers”, ”The Crazies”, and 1982’s ”Cat People”).

Brian Barnes returns to his mountain vacation home to sober up one final time. Most of the houses of this dwindling community sit empty during the snowless offseason. This ghost town seems like the perfect place for Brian to begin putting his life back together. His attempt to get clean is soon interrupted by a sadistic local Sheriff and ghastly visions of ghosts (that may or may not be hallucinations brought on by his withdrawal). Brian embarks on a terrifying quest to discover the horrible secret past of the very cabin he is sleeping in. As he pulls at the threads to the mystery, it may be his sanity that unravels first. Bonus features include: English Closed Captions, Spanish Subtitles, Collectible Reverse Cover Art , Remember Not To Kill: The Making of DRY BLOOD, Audio Commentary with Writer and Director, English 5.1 Surround Sound and English Stereo 2.0 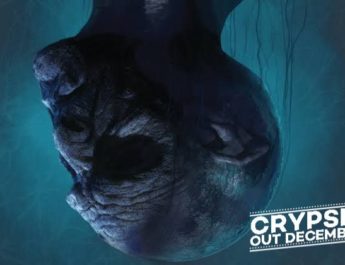 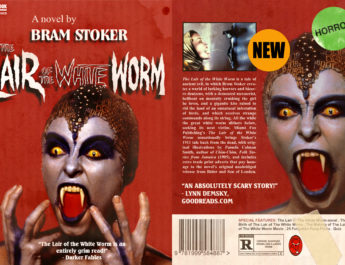