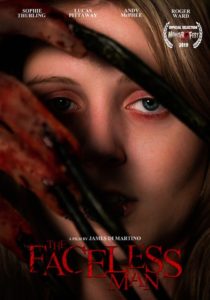 Three years after Emily has recovered from cancer, she struggles to adjust back to everyday life. Living in fear of redeveloping the fatal disease, a manifestation haunts her from the depths of her subconscious in the form of a faceless creature; her fear incarnate… Or is it?

Emily’s best friend Nina organizes a weekend endeavour with some friends to a holiday house secluded in an outback town as a way for Emily to loosen up and have some fun. What started as a casual party weekend soon turns into a series of unusual events.

The Holiday house rests in the town of “Orange Lodge” known far and wide as a good town with good people… However they have a strong no drug policy and will go to extreme lengths to prevent any drugs from entering this town.

The group experience first hand the unsettling and hostile nature the people of this rural town like to treat city folk. Emily and her friends find themselves terrorized by the faceless creature stuck somewhere between reality and subconsciousness, while simultaneously being harassed by both the locals so called law and deadly Russian mobsters trailing a specific package of stolen goods.

The Faceless man is a story that represents the fear we all share about getting cancer. The manifestation of this fear is shown as the titular parasitic monster “The Faceless Man”, a hideous beast that is our fear incarnate.

Drawing from my personal experiences of having cancer at a young age, The Faceless Man uses cancer as a concept to create a horror feature around the brutal truth of getting sick with cancer and the fear of getting it again. 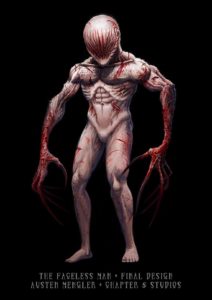 The six main friends all just want to have fun and go on a drug fuelled weekend away to avoid their problems. The protagonist Emily comes from nothing but trauma, having had cancer and being in remission for three years, only to start suffering a relapse. Or is it something more?

The friends group were moulded from slasher film stereotypes. You have “The Hot chick”, “The Party Animal”, “The Love Interest”, “The Leader”, and “The Jock”. This film throws those stereotypes into situations where they are deconstructed. What if the hot chick loses her mind and goes insane? 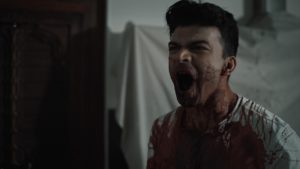 Brian Trenchard Smith said its “The New Face of Ozploitation”
“One of the best films of 2019” 10/10 Film Threat – https://filmthreat.com/reviews/the-faceless-man/

The film is scheduled to have a red carpet screening on Halloween in Melbourne, Australia. 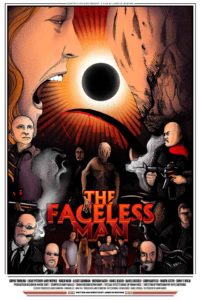 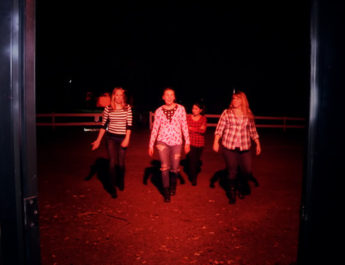