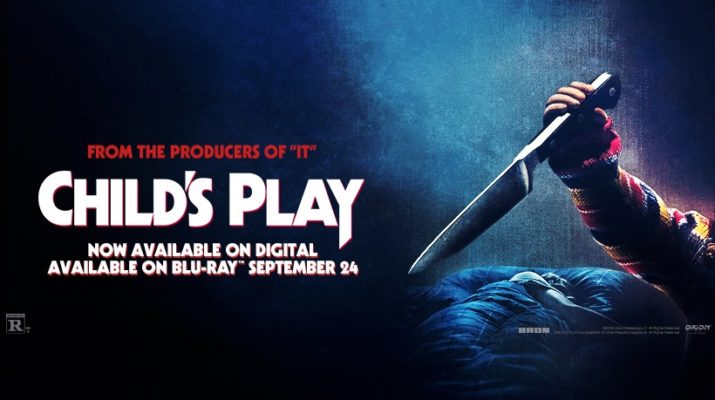 Here are some of the horror DVD/Blu-Ray releases for Sept. 24th!

A mother gives her 13-year-old son a toy doll for his birthday, unaware of its more sinister nature, he also kills people who disobeyed Andy.

After a deadly plague kills most of the world’s population, the remaining survivors split into two groups – one led by a benevolent elder and the other by a maleficent being – to face each other in a final battle between good and evil.

“Forget everything you’ve ever heard about vampires,” warns Jack Crow (James Woods), the leader of Team Crow, a relentless group of mercenary vampire slayers. When Master Vampire Valek (Thomas Ian Griffith) decimates Jack’s entire team, Crow and the sole team survivor, Montoya (Daniel Baldwin), set out in pursuit. Breaking all the rules, Crow and Montoya take one of Valek’s victims hostage – a beautiful but unlucky prostitute (Sheryl Lee). She is the sole psychic link to Valek and they use her to track down the leader of the undead. As Valek nears the climax of his 600-year search for the Berziers Cross, Jack and the new Team Crow do everything possible to prevent him from possessing the only thing that can grant him and all the vampires the omnipotent power to walk the world in daylight.

Based on his own novella The Hellbound Heart, Barker s Hellraiser sees Larry (Andrew Robinson) and his wife Julia (Clare Higgins) move into their new home, unaware that something evil lurks beneath the floorboards of the dilapidated house something that wants human blood…

Introducing the world to the iconic Pinhead and his sadistic band of Cenobites, Hellraiser became an instant genre classic upon release and remains one of the most frighteningly original visions in horror.

A motocross team on their way to trial a new super-fuel head out across the desert lead by Rachel, who, unbeknownst to the rest of the group, is a survivor of the cannibal clan which menaced the Carter family several years before. Opting to take an ill-advised shortcut across the desert, the busload of youngsters drive straight into the path of the remnants of Rachel s demented cannibal kin – the menacing Pluto, and a hulking, blood-hungry brute by the name of The Reaper.

Having escaped the clutches of Pinhead and the demonic Cenobites, Kirsty Cotton (Ashley Laurence) awakens to finds herself detained at the Channard Institute, a hospital for the mentally ill. But her torments are far from over the chief doctor at the institute is determined to unleash the powers of Hell to achieve his own twisted ends.

In the mid-’90s, Dario Argento approached a physically and professionally ailing Lucio Fulci to direct one final production, an over-the-top shocker about grisly murders at a Paris wax museum. But when Fulci passed away only weeks before filming began, Argento turned to Sergio Stivaletti – the FX genius on PHENOMENA, OPERA, DEMONS and CEMETARY MAN – to make his feature-directing debut. Original Grand Guignol director/performer Robert Hossein (RIFFIFI) and Aldo Massasso (CONTRABAND) star in what DVD Drive-In hails as “Old-timey luridness married to state-of-the-art gore.” From a screenplay co-written by Fulci with cinematography by Sergio Salvati (ZOMBIE, THE BEYOND), and now featuring a 4k scan from the original negative supervised by Stivaletti. Packed with Special Features that include rare behind-the-scenes footage, all-new interviews and more!

God has appointed three archangels to fight against Lucifer, who has assumed human features. Archangel Raphael, in the guise of Father Damon, kills Lucifer and ends his life in jail. But his sister, Archangel Mikhail, knows that one day the Devil will reappear. Eighteen years later, Lucifer returns, now in the form of Andrew, a brilliant but shy schoolboy who becomes conscious of his devilish nature on his birthday. Archangel Mikhail, allies with Gabrielle to defeat Lucifer in this “remarkably assured, personal and powerful film [that] is never less than gripping” (TV Guide)!

It’s hazing season at Phi Up and the boys are up to all sorts of nasty pranks on their hapless pledges, in between regular bouts of ‘wetting their whistles’ at the campus watering hole…with some of the area’s beautiful sorority babes. But this is going to be one literal ‘hell week’ as they unwittingly unleash the spirit of Acid Sid; an unfortunate pledge who was accidentally dissolved in acid during a hazing prank gone wrong some 20 years earlier. As the helpless fratboys and pledges fall victim to Sid’s wrath and seemingly indestructible towering zombie corpse, it’s up to the stragglers to figure out how to kill someone who’s been dead for two decades, or die trying.

After his brother returns home from war, Jacob Singer struggles to maintain his sanity. Plagued by hallucinations and flashbacks, Singer rapidly falls apart as the world and people around him morph and twist into disturbing images. A remake of the 1990 thriller starring Tim Robbins.

In a radiation-soaked wasteland, two surviving soldiers, Frank and Goose, search for essential supplies amid the rubble. After a violent confrontation, Frank is haunted by visions of an angelic young girl holding a giant egg, herself a refugee from another world altogether. Could the egg be the key to saving both their worlds?

Evelyn (Anna Chappell) runs the Mountaintop Motel, a cluster of ramshackle cabins nestled deep in the Texas countryside. But Evelyn isn’t ‘all there;’ instead she’s tormented by ghastly voices and visions which cause her to periodically lose her grip on reality, until one fateful day, lost in a bout of insanity, she unwittingly murders her young daughter.

A group of teenagers look to have the best spring break party ever before going off to college. But when friends begin to die, who’s to blame? Themselves? Or the demon they summoned? Charlie’s evil spirit creeps in and hands out the ultimate test of survival. Can they figure out a way to free themselves from his evil game? One night, one house, one chance at survival.

After ten years apart, six people are summoned to the isolated island estate of one of their former friends, now a famous horror writer. Once there, separated by guilt, yet bound together by a terrible secret, seven fractured adults try to reconnect with each other, and take stock of their lives.Outside, the storm clouds gather. Rain, lightning and wind isolate the house by washing out the road and knocking down the power lines. The group is stranded at the estate, and unable to get off the island. Then, they begin to be brutally murdered one by one.Someone is out there in the wind and the rain, someone who has waited ten years to wreak a bloody vengeance on this group. Seven friends find themselves in a struggle to survive and outwit a diabolical killer who is savagely committed to sending them all to an EARLY GRAVE. 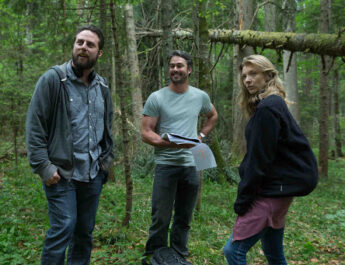 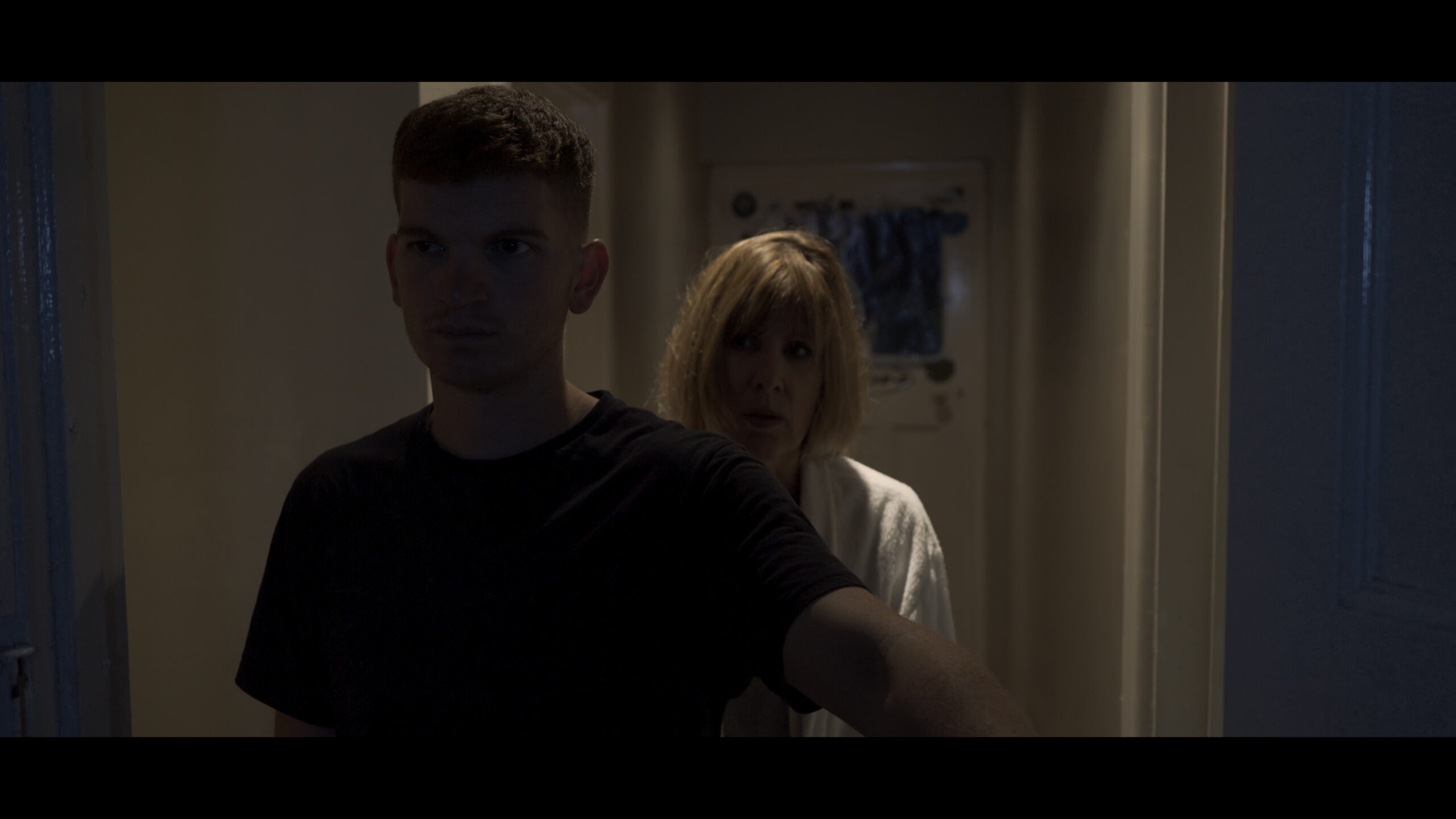