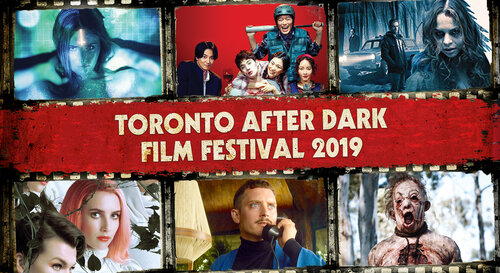 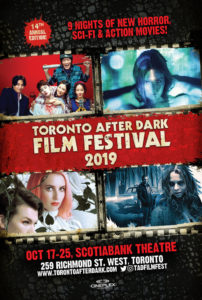 These new movies will all screen at Toronto After Dark as part of its 14th Annual Edition this October 17-25, 2019 at the Scotiabank Theatre, in the heart of downtown Toronto. Scroll down this page for more info on the films, trailers, and key info on the fest. See You After Dark!

Toronto Premiere. Director – Mike Ahern & Enda Loughman.
Don’t miss this hysterical, spooktacular opener to Toronto After Dark Film Festival 2019! In small town Ireland, Martin, a frazzled single father enlists the help of Rose, a part-time mystic, to try and communicate with the ghost that’s haunting him. It’s not long before the pair find themselves attracting the attention of another occultist (played by SNL star Will Forte) who has more sinister plans and then things get really creepy. Full of wonderful, funny, spooky moments and plenty of great Irish humour, EXTRA ORDINARY is worthy of its name and its numerous awards since its debut at SXSW.

Toronto Premiere. Director – Ant Timpson.
Over an increasingly bizarre weekend at a remote cabin by the woods, fan favourite Elijah Wood (LORD OF THE RINGS) tries to reconnect with his estranged father played by cult icon Stephen McHattie (PONTYPOOL). But dad seems to have got himself into all sorts of criminal trouble , and it’s not long before he’s also roped his nervous wreck of a son into a bloody, crazy and terrifying ordeal in this horror thriller that also has a good dose of dark comedy in it for good measure. Tribeca hit COME TO DADDY is the latest crowdpleaser from the twisted mind of Ant Timpson who previously produced Toronto After Dark hits DEATHGASM and HOUSEBOUND Sadly no trailer, but trust us you won’t want to miss it.

World Premiere. Director – Pearry Teo.
THE EXORCIST gets a terrifying modern day makeover with THE ASSENT, one of the scariest films at Toronto After Dark this year. After a series of disturbing supernatural events in his home, Joel a young single father, comes to suspect that his young son may be possessed. Soon Joel receives a visit from Father Lambert, a controversial exorcist in town whose last patient died during his treatment. As increasing chilling occurrences begin to unfold, the priest informs a resistant Joel that unless he can successfully perform an exorcism, the devil will soon take full control of his boy.

Toronto Premiere. Director – Alice Waddington.
Alice Waddington’s stunning debut feature, co-written by cult fave Nacho Vagalondo (COLOSSAL, TIMECRIMES), is an enticing dark sci-fi fairytale drawing on dystopian elements from THE HANDMAID’S TALE, WESTWORLD and THE HUNGER GAMES. Here the veil of paradise is presented to a group of young women sent to a lavish remote island facility. On the island, the ladies are expected to be transformed into more acceptable versions of themselves before returning to society. But it’s not long before sinister secrets at the facility including its conversion methods are revealed, and the group start to think about escape. Hypnotically beautiful, suspenseful and mysterious, this Sundance hit has so much for fans to enjoy, not least of which is an amazing cast that includes Emma Roberts, Awkwafina, and Milla Jovovich!

Toronto Premiere. Director – Lee Min-jae.
Following in the footsteps of TRAIN TO BUSAN comes the latest Korean zombie film sensation! Except this time it’s an outrageous undead comedy, closer in tone to SHAUN OF THE DEAD. Oblivious to the the upcoming zombie apocalypse, the eccentric Park family decide to adopt an undead stray and try to put the brain muncher to use in various get rich quick schemes in their rural town! As funny as it is quirky, full of bloody mayhem and silly hijinks, THE ODD FAMILY: ZOMBIE ON SALE is an absolute crowdpleaser, and refreshingly for fans, unlike just about any zombie film you’ve ever seen before, don’t miss it!

WITCHES IN THE WOODS (CANADA)

North American Premiere. Director – Jordan Barker.
In this chilling new horror flick, a bunch of students take a Winter roadtrip to the remotest woods they can find looking for the perfect untouched snow for a fun snowboarding adventure. But as they enter Stoughton Valley, home to a series of historic Witch Trials even more infamous than Salem, their SUV mysteriously breaks down. Soon the group realize they must not only avoid the deadly cold, but something far more terrifying in the woods: a sinister supernatural spirit, trying to possess them and lead them to their deaths!

Toronto Premiere. Director – Seth Ickerman.
Sci-fi fans are in for a glorious treat with this stunning new space epic about a bounty hunter in pursuit of a mysterious spaceship run by an Artificial Intelligence that has the ability to take on human form. Your eyes and ears will delight with the retro-future, cyberpunk sensation of BLOOD MACHINES. The film draws on vintage sci-fi art for incredible visuals. And the sound design inspired by John Carpenter amongst others, comes from acclaimed synth wave maestro Carpenter Brut. So strap in and prepare to blast off for the space journey of your life! As a special bonus, the film will screen with a prequel short film, the acclaimed viral sensation TURBO KILLER!

MUTANT BLAST (PORTUGAL)
Toronto Premiere. Director – Fernando Alle.
In this hysterically funny and bloody zombie action comedy, after a nuclear strike wipes out most of the city, a group of survivors find themselves in an epic bloody fight for their lives! Leading the heroic warriors is a fearless young soldier Maria and her super serum enhanced sidekick, code named TS-437. But they’re up against an impossibly massive horde of zombies and just as terrifying, some mutated humans that are taking on animalistic properties! One of the most creative and fun zombie action films you will ever see, MUTANT BLAST is a hoot for fans, loaded with wicked zombie kills, fantastic mutants, practical effects, and great one-liners, all set to an awesome 80s-inspired synth score. Don’t miss it!

THE FURIES (AUSTRALIA)
Special Presentation. Director – Tony D’Aquino.
Australian horror makes a bloody welcome return to Toronto After Dark with festival circuit hit THE FURIES! In this terrifying blend of THE HUNGER GAMES and THE TEXAS CHAINSAW MASSACRE, a group of kidnapped young women wake up in a strange woodland which they soon come realize is also a deadly arena. They’ve been automatically entered into a contest where they must fight for their lives against a group of masked psycho killers, each with their own signature method of killing. Full of twists and turns, shocks and incredible kills, THE FURIES will have your heart racing as though you’re one of its contestants!

THE WRETCHED (USA) CLOSING GALA FILM
Toronto Premiere. Director – Brett & Drew Pierce.
Join us for Toronto After Dark’s scary fun closing gala film THE WRETCHED from Brett and Drew Pierce, who previously delighted audiences with their zombie comedy hit DEADHEADS. After a young mom brings a dead animal carcass home from the woods, a ferocious evil force is unleashed that takes possession over her and her family. In the mould of cult classic FRIGHT NIGHT, only the teen boy next door notices something’s not quite right with the neighbours and he decides to fight the evil back, and hopefully win over a local girl he’s crushing on in the process. Alas no proper trailer, only a teaser that doesn’t show you how awesome fun the movie is. Just trust us when we say there’s a reason we made this film our Closing Gala. Packed with scary fun moments and a throwback vibe evoking classic 80s horror, THE WRETCHED is the perfect movie for horror fans!

ABOUT TORONTO AFTER DARK 2019
Toronto After Dark Film Festival is one of the world’s leading showcases of New Horror, Sci-Fi and Action cinema. Each October, the critically acclaimed event screens over 50 films, both features and shorts from around the world in front of over 10,000 attendees. This year’s 14th Annual festival runs Oct 17-25 at the Scotiabank Theatre, the biggest cinema in the heart of downtown Toronto, Canada. 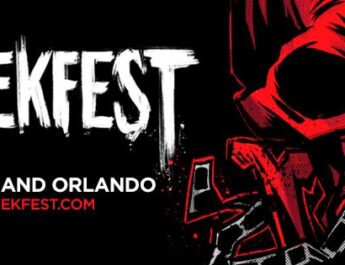 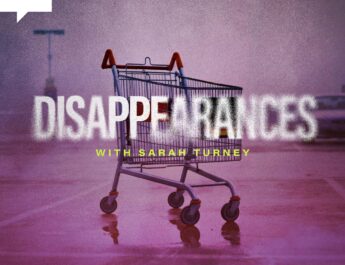