The Evil in You
Embrace your dark side.

The Evil in You is an hour of horror comedy that will make you scream with laughter and fear in equal measures.

We all have some evil in us: there is a Mr Hyde to our Dr Jekyll, a yin to our yang, a fig roll to our jaffa cake. Come to our evil lair and embrace your dark side with The Wight.

In 1584, in the old kingdom of Bohemia, a necromancer created the Wight, an undead create made out of body parts from both men and women. The Wight was given just one purpose: to become the most evil being that has ever existed. For 435 years the Wight has been roaming the Earth, permanently stuck between male and female, between death and life, between good and evil, between scary and stupid.

The Wight has just achieved its goal of becoming the most evil being that has ever existed, and would like to invite you on a tour through the darkest secrets of humanity.

‘A distinctively offbeat way of thinking, generating off-kilter punchlines that are hard to see coming’ – Chortle

Spanish comedian Isa Bonachera, 27, is one of the fastest rising stars of the UK comedy circuit. Isa started writing comedy in 2015 at the University of Cambridge, where she was a cartoonist for the satirical magazine The Porter’s Log.

Since graduating, Isa Bonachera became a member of the Soho Theatre Young Company, and the Free Association improv school. Isa’s debut solo hour Wow was transferred to Soho Theatre in 2017 followed by two critically acclaimed shows; Artchoholic in 2018 and The Great Emptiness in 2019, which received the following reviews: 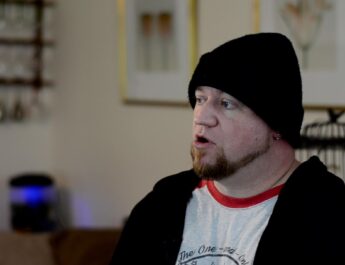