Travel Channel is upping the ante on what it means to be scared with its brand-new heart-palpitating series, “Destination Fear,” premiering on Saturday, October 26 at 10 p.m. ET/PT. The 10-episode series may be the most terrifying road trip ever attempted. Paranormal explorer and documentary filmmaker Dakota Laden – who has spent the last few years investigating the frightening unknown with the “Ghost Adventures” crew – is taking his sister, Chelsea Laden, and best friend, Tanner Wiseman, across the country in an RV to spend the night in the most haunted abandoned locations in America. Pursuing paranormal evidence, the team must first overcome fear itself.

Each hour-long episode follows Dakota, Chelsea and Tanner as they travel to a different destination in the United States, from asylums to prisons and more. The location remains a surprise to all but Dakota. Not knowing the haunted horrors that await them, it’s a road trip driven by suspense and fueled by excitement. The team explores each haunted location together, zoning in on areas of reported paranormal activity and using scientific equipment to try and capture evidence. Then, the luck of the draw determines where each one will sleep overnight – separated and alone. Armed with cameras and dread as their only companions, the team members will test the limits of their own fears in an effort to ultimately understand the paranormal.

“My sister Chelsea and I grew up in a house with paranormal activity and it’s gripped us, and my best friend Tanner, ever since,” said Laden. “The three of us have always loved exploring haunted locations but began to realize how much our fears of the unknown affected us and held us back from getting answers. So we’re hitting the road in a terrifying attempt to confront and overcome these fears head-on, night after night, as we sleep inside America’s scariest abandoned buildings.”

In the series premiere, Dakota surprises Chelsea and Tanner with the news that they are headed to Brushy State Penitentiary in Petros, Tennessee, known as the “Alcatraz of the South.” Bearing witness to more than 10,000 deaths and housing James Earl Ray, assassin of Martin Luther King Jr., as one of its former inmates, Brushy is rife with paranormal activity. But when Chelsea has a shocking confrontation with an entity inside Ray’s cell, and Tanner is threatened by something unknown, Dakota’s “fear” experiment takes a terrifying turn.

“Old South Pittsburg Hospital” – Premieres Saturday, November 2 at 10 p.m. ET/PT
Dakota, Chelsea and Tanner explore one of the most haunted locations in America: the Old South Pittsburg Hospital in Tennessee. There are hundreds of paranormal accounts at Old South Pittsburg, but the most frightening entity is a specter on the third floor that is said to attack only women. Dakota must prepare his sister, Chelsea, for this confrontation as he attempts to test her and the limits of her fear. Can Chelsea’s relationship with Dakota withstand this challenge? After a startling encounter, Chelsea courageously faces what is no doubt one of the most stressful experiences of her life.

“Sweet Springs Sanitarium” – Premieres Saturday, November 9 at 10 p.m. ET/PT
Sweet Springs Sanitarium in West Virginia may be one of the darkest and most terrifying locations the team has explored thus far. The site of a horrific massacre of a Native American tribe by one of George Washington’s colonels, the property has allegedly been cursed ever since. But before the team members even get to Sweet Springs, they have a haunting experience at an unusual pit stop: an abandoned amusement park in Lake Shawnee, West Virginia. The team members’ visit here is so unsettling, it sets them on edge. Almost instantly upon their arrival at Sweet Springs, they come face-to-face with some of the most unusual paranormal activity ever caught on tape, including unexplained screams, voices and terrifying chanting. With such a devastating emotional effect on the team, will they make it through the night?

“St. Albans Sanatorium” – Premieres Saturday, November 16 at 10 p.m. ET/PT
The team revisits a location they have been to before, a location so awful that Chelsea vowed she would never return. St. Albans Sanatorium in Radford, Virginia, is a looming monument and the site of a horrific colonist massacre, a brutal Lutheran boys school and a sanatorium that tortured its patients. Considered by many to be the most haunted place on the East Coast, it is said to be filled with hundreds of paranormal entities, including something so demonic that it allegedly possesses people. Chelsea is stunned by their return to St. Albans and fiercely objects, but Dakota refuses to let the team walk away from the location without overcoming it and seeking redemption. Can they finally conquer St. Albans? Or will St. Albans conquer them?

ABOUT THE TEAM
Dakota Laden was born in Burnsville, Minnesota, and started making amateur movies at the age of 7, with a home video camera his older sister Chelsea sold him! At age 12, he began sharing his videos on YouTube – which was primarily made up of comedy shorts and a few music, prank and experimental videos sprinkled in. It wasn’t until high school that Dakota realized that exploring scary and haunted locations was his true passion, and he began looking for exciting and scary new places to explore and film. In 2011, he made five YouTube videos to copy the style of his favorite TV show at the time, “Ghost Adventures,” which earned him an actual guest appearance on the show after he caught the eye of star Zak Bagans. In 2015, he made his paranormal documentary, “Trail to Terror,” with his sister Chelsea and best friend Tanner. Because of his interest in the paranormal and exceptional camera work, Dakota was invited by Bagans to become a part of the “Ghost Adventures” crew, which honed his paranormal investigating skills. Dakota’s YouTube channel currently contains 250 videos, with a combined 8 million views and 65,000 subscribers.

Chelsea Laden is currently an optometry student at Illinois College of Optometry. She was a Division I NCAA ice hockey starting goaltender for a top five nationally ranked team (Quinnipiac University ‘15). Upon graduating, she was the first goalie to sign in the inaugural season of the National Women’s Hockey League. In addition to playing in the NWHL, Chelsea also was part of the USA Women’s National Hockey Program. Chelsea has always been intrigued by, and excited to explore, abandoned and haunted locations. She loves the rush of being scared but also likes learning the history of the places she visits. Chelsea will always push herself to her limits but signing up for this experiment is one of the greatest challenges she has faced, both emotionally and physically.

Tanner Wiseman grew up with a passion for filming, comedy and Minnesota football. As a teenager, he created videos on YouTube with Dakota, and it was during this time he realized that his lifelong dream was to become a filmmaker and storyteller. Tanner attended Augsburg University in Minneapolis where he earned a degree in marketing and management while playing college football. Growing up, Tanner was intrigued by scary stories and abandoned locations, and would plan weekend trips with his friends to visit and explore haunted locations. Never one to turn away from danger, he jumped on the opportunity to once again join his childhood friends, Dakota and Chelsea, on this latest haunted trail, eager to face scarier stories and more terrifying haunts. 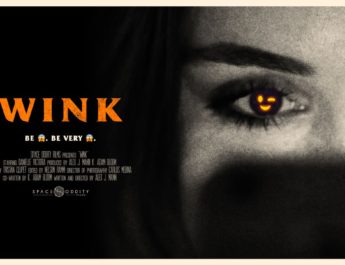