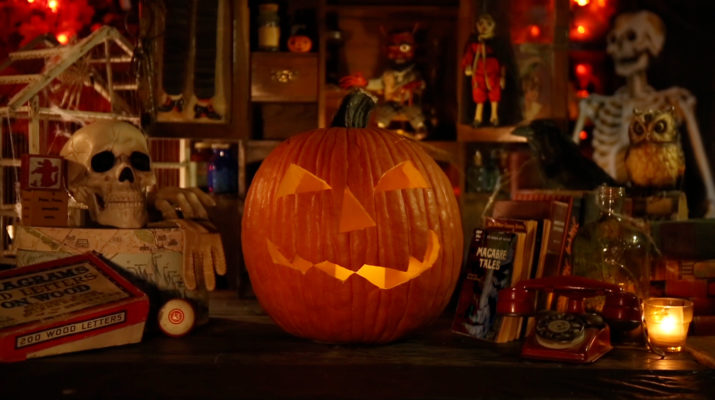 The Ghoul Log, Shudder’s beloved 24/7 streaming jack-o’-lantern, is back with a sequel for the Halloween season: Return of the Ghoul Log. Indie horror legend Larry Fessenden (Depraved, Habit, Until Dawn) created the new version, which has grown this year to include mysterious goings-on and strange occurrences.

Both Ghoul Log and Return of the Ghoul Log are now available on Shudder, AMC Networks’ premium streaming service for horror, thriller and the supernatural.

“Thanks to Shudder for bringing Halloween to Glass Eye Pix a little early this year,” said Fessenden. “Had a blast with pal Beck Underwood bringing spooky visitations, aural and visual, to this creepy tableau… don’t blink! You might miss something.”

The first Ghoul Log debuted on Shudder in October 2018, doing for Halloween what the famed Yule Log has long done for Christmas. The long, unbroken feed of a candle-lit jack-o’-lantern accompanied by spooky night sounds was an immediate hit among horror fans, who quickly incorporated it into their holiday decorations.

For 2019, Shudder reached out to Glass Eye Pix’s Fessenden who, in addition to his work as a director, writer, actor and producer, is also a co-creator of the critically-acclaimed Tales from Beyond the Pale, a long-running series of horror audio dramas that has recently launched as a weekly podcast. Fessenden’s Return of the Ghoul Log includes animations created by the director and Beck Underwood (Creepy Christmas Film Festival 2008 & 2018) with occasional digital enhancements by Glass Eye Pix’s James Siewert. Edit and mix are by Fessenden.

ABOUT GLASS EYE PIX
Glass Eye Pix (“one of the indie scene’s most productive and longest-running companies” —Filmmaker Magazine) is the fierce independent NYC-based production outfit headed by art-horror auteur Larry Fessenden (DEPRAVED, BENEATH, ABC’s of DEATH 2, NBC’s Fear Itself episode “SKIN AND BONES,” THE LAST WINTER, WENDIGO, HABIT, NO TELLING). Glass Eye Pix is responsible for narrative films, documentaries, books, comics, audio plays, and other unique work designed to inspire and contrast with corporate media. Fessenden (winner of the Someone to Watch Spirit Award) has operated the company since 1985, with the mission of supporting individual voices in the arts.

Glass Eye Pix established its reputation with a series of trend-setting genre films, starting with Fessenden’s first films, then the early films of Ti West: THE ROOST, TRIGGER MAN, THE HOUSE OF THE DEVIL and THE INNKEEPERS, as well as the gently macabre I SELL THE DEAD by Glenn McQuaid, and the vampire saga STAKE LAND (Jim Mickle — winner of the Audience Award at the 2010 Toronto Film Festival’s Midnight Madness.) Glass eye Pix has gone on to produce numerous critically acclaimed films in and out of the horror genre, including THE RANGER (2018, Jenn Wexler), LIKE ME (2017, Robert Mockler), MOST BEAUTIFUL ISLAND (2017, Ana Asensio), STRAY BULLETS (2017, Jack Fessenden), STAKE LAND 2 (2016, Dan Berk, Bobby Olsen), DARLING (2016, Mickey Keating), BIRTH OF THE LIVING DEAD (2013, Rob Kuhns), THE COMEDY (2012, Rick Alverson), WENDY AND LUCY (2009, Kelly Reichardt) and RIVER OF GRASS (1994, Reichardt)

Glass Eye also produces the critically acclaimed series of spooky audio dramas TALES FROM BEYOND THE PALE, created by Fessenden and Glenn McQuaid, and launched this month as a podcast, continuing Glass Eye Pix’s mission to haunt audiences’ dreams with boldly original work. 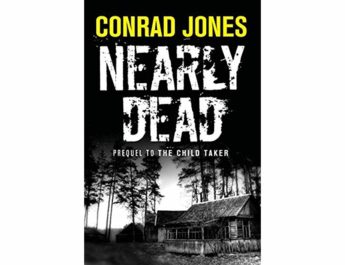