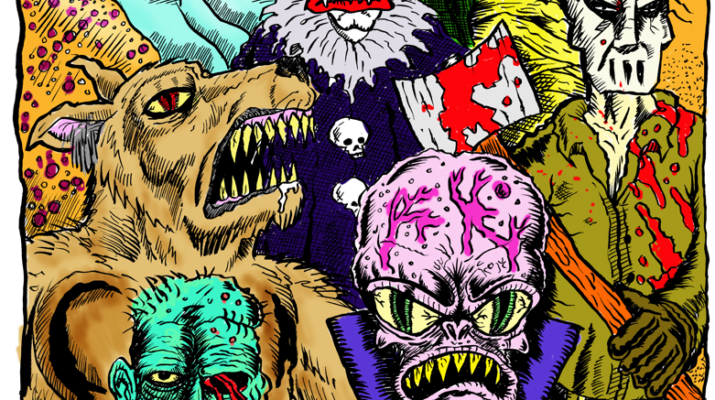 The S.O.S. Indie Horror Film Fest, now in it’s third year screens some of the very best horror that the Appalachian area has to offer in addition to some incredible horror entries from all over the globe. This year we have also added a feature film slate on top of our awesome horror shorts programming. 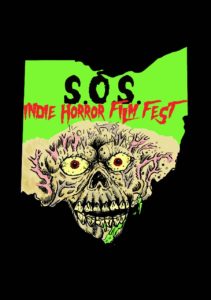 Horror icon of drive-in Fame Joe Bob Briggs said about the S.O.S. Fest “The bottom line is that I got a lot more than I expected from filmmakers that I have never encountered before and never heard of before. I’ve done a lot of, a lot of these short film programs and this one is pretty high quality.”

Watching horror films with Felissa Rose…how great is that???

So what films are showing? The selections have been made, and that announcement is coming soon! There will be certificates for top films as well and laurels for all selected films. Top films allow up to 60 days after the screening date to receive prizes.

New this year, winners of the S.O.S Indie Horror Film Fest will receive an InkTip Script Listing to promote themselves and their scripts to InkTip’s entire network of producers, managers, and agents.

Producers have made more than 375 films from scripts and writers found through InkTip. 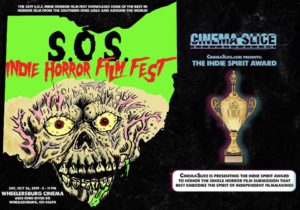 CinemaSlice is honored to partner with Southern Ohio Screenwriters to present the Indy Spirit Award at the 2019 SOS Indie Horror Film Fest!The single horror film submission that best represents the spirit of independent filmmaking will receive the Indy Spirit award. Tickets can be found here!

As one of several proud sponsors of the S.O.S. Indie Horror Film Fest, we hope you enjoy the show!!!