The biggest celebration of Canadian horror is back with a fresh slate of northern chills! Blood in the Snow (BITS) 2019 takes place from November 21 to 26 at the Royal Cinema in Toronto. With six nights of the best horror fare in the nation, including feature films, shorts, webseries, and the newly added podcast category, BITS 2019 is set to be our most exciting year yet.

The Festival opens with the comedy slasher PUPPET KILLER (dir. Lisa Ovies), featuring BITS alumni Gigi Saul Guerrero (The Purge, Culture Shock). A group of teenagers must discover if the psychotic killer stalking them is their emotionally damaged friend, or his murderous childhood toy.

BITS veteran Audrey Cummings (Darken, Berkshire County) returns with SHE NEVER DIED, the followup to 2015’s He Never Died staring Oluniké Adeliyi as the cannibalistic immortal Lacey, who must face her own inner demons while simultaneously finding her next meal.

Also returning is THE NIGHTS BEFORE CHRISTMAS (dir. Paul Tanter) where we revisit the killer couple of Santa and Mrs. Claus for another murderous rampage in this follow up to 2017’s Once Upon a Time at Christmas.

Montreal filmmakers Chris Bavota and Lee Paula Springer (Even the Darkness has Arms) make their feature BITS debut with DEAD DICKS, which took home the audience award for best Canadian feature for its world premiere at this year’s Fantasia Film Festival.

EMERGING SCREAMS features emerging Canadian filmmakers including the return of Kaw Tay Whee School (Frostbite) with SNACK TIME! We also see BITS’s first film from Newfoundland with NEW WOMAN directed by Benjamin Noah and the first from Nunavut with TRASH by Suzanne Ethridge.

The festival closes with our yearly “Bloodies” awards show followed by the exclusive World Premiere of NIGHT OF THE LIVING DEAD VR, both presented by Hollywood Suite. BITS fans will be able to try out this 360 degree virtual reality experience at our closing party at the Monarch Tavern. For the first time ever, fans will be able to interact inside the virtual version of the original house from the 1968 classic film by the late George A. Romero.

BITS 2019 is presented in partnership with Telefilm Canada and the Independent Production Fund and sponsored in part by McCam Insurance, Hollywood Suite, Spacefy, FlexDay, Henderson Brewing and the Peacock Public House and Pub.

About Blood in the Snow
Now in its 8th year, the Blood in the Snow Film Festival (“BITS”) is a unique and imaginative showcase of contemporary Canadian horror, genre, and underground cinema, that exists to challenge social boundaries, explore artistic taboos, and support and exhibit independent Canadian genre media artists. 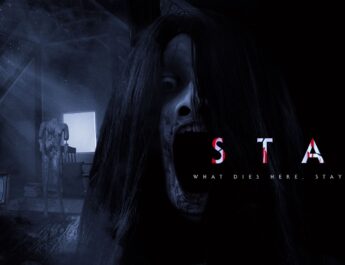