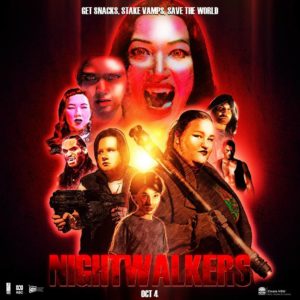 Centuries ago a great war was fought between two vampire clans. Lazarus, the first of the Daywalkers searches for a vial of blood, his blood, that has been taken from him by the Judas clan. Unable to find the vial, Lazarus disappears.

Eight hundred years later in Western Sydney, Vampire slayers Sam and Charlie Corey have been brought to Blacktown’s Skyline Drive-ins by long time informant and constant thorn in their side, Johnny Slayer. With the increase of Vampire related activity in Western Sydney, the slayers discover the Master of the city is on the hunt for ancient artefact that would give any vampire invincible powers.

The slayers race against time to stop a vampire apocalypse.

A vampire series love letter to honour the 80s horror genre.
This a unique project in terms of Australian content for a number of reasons:

It is Australia’s first Vampire horror series that mashes itself with action and comedy.
The first Indigenous Vampire with actor Bee Cruse. Who was also a producer in this series.
A cameo performance from horror legend Ken Foree, Dawn of the Dead 1978, From Beyond 1987 and Chainsaw Massacre 3 1990.

It is currently on ABC IVIEW and for international audiences it is available ABC Comedy YOUTUBE. 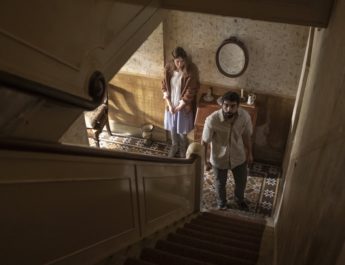 AMULET Now In Theaters and On Demand 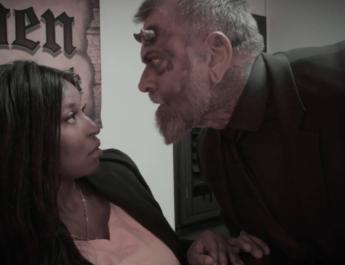 New Trailer for THE DEVIL’S HEIST – On Digital December 8