Abandoned House Productions is proud to announce that after popular demand: two of their acclaimed short films are now on YouTube!

On a cold and foggy night in NYC, while waiting for his brother’s arrival from Ohio, a young bartender named Jeffrey (Clay von Carlowitz) is greeted by Aurora (Asta Paredes) , a mysterious and beautiful woman who says she’s there to perform for open-mic night. Charmed by his visitor, Jeffrey closes down the bar and watches Aurora perform in the back. After a few drinks, however, it becomes clear that the two already know each other. As Jeffrey discovers Aurora’s true identity, he begins to wonder where his brother is.

See What the Critics are Saying:

“Everything about “The Shadow Scarf” is hypnotic…(reminiscent of David Lynch in the best way) ” via F This Movie!

“Bathed in reds, it carries a reminiscence of the 1977’s Suspiria but ‘The Shadow Scarf ‘is at once, both; spooky and mesmerizing….” via Indie Shorts Mag

​​“The Shadow Scarf is by all accounts one of the best examples of modern film noir I have ever seen.” via That Moment In.com

“…an emotionally involving and mesmerizing drama… [that] explores what happens when a dark secret from the past strikes back in unsuspecting ways.” via Villain Media

“Oftentimes a short film is a stand-alone effort; an idea that is able to fully offer a story within a condensed amount of time. Some are able to expand into larger entities, as was the case with Andy Muschietti’s Mama, and there are others that are used as a type of portfolio of talents. The Shadow Scarf feels a bit like all three.” via Short and Sweet Reviews

Romantic post-apocalyptic drama short written and directed by McKegg Collins, and puts together real-life married duo Asta Paredes (Return to Nuke Em High, The Shadow Scarf) and Clay von Carlowitz (Return to Nuke Em High, My Bloody Banjo) as our leads. Fittingly, the pair portray a couple – Evan and Sarah – who find themselves faced with the greatest challenge of their lives when one of them gets bitten by an unseen foe. As the drama unfolds, we learn more about what brought these two together, and we are forced to ponder whether their love will survive this unbearable predicament.

“With two charismatic leads, Eros Point: A Story of Undying Love cleverly uses it post-apocalyptic setting to focus on the emotional arc of this tragic couple.” via Villain Media

“While this may not sound like it has the makings of an indie horror short, Collins takes Eros Point in some unique directions…the film [has an] interesting story and involving cast [ Asta Paredes & Clay von Carlowitz].” via The Independent Critic

“….well-orchestrated chemistry that’s hard to miss.‘Eros Point’ is worth its time, and is a recommended short for those interested in unusual love stories.” via Indie Shorts Mag

​“Both Paredes and von Carlowitz do an amazing job with their performances and I love the way the narrative flashes back from more happier times to the tragic present… [reminiscent of] A Ghost Story.”
​-Vern’s Video Vortex 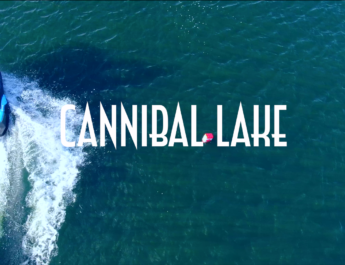 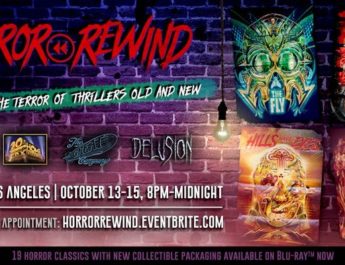 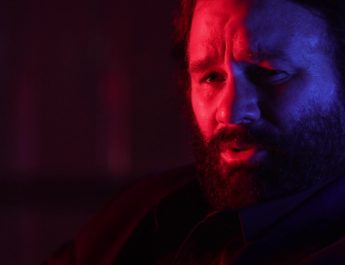 He’s Back! “CRY HAVOC” Set for May Premiere