The Search For The Truth Continues Here… 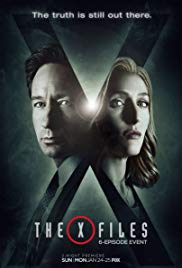 The X-Files is the second longest running sci-fi series in television history, a record that will likely never be broken, especially now that television is moving to streaming and binge watching an entire season in a matter of days. That alone earns it a place in television history but The X-Files is more than that. It is as big as the fandom, The X-Files is a sci-fi mystery, echoing Kolchak: The Night Stalker, with it’s monster of the week episodes. It is the mythology for some and a love story for the shippers. It has saved lives and also changed lives, whether that be by providing a foundation or anchor or with it’s world renowned “Scully effect”. The X-Files has brought fans from all over the world together from the very beginning with AOL chat rooms and still today at the many different conventions. The X-Files is it’s creator Chris Carter and the actors/actresses that we all know and love. It is the writers and producers, the camera man, and prop masters, the sound and lighting guys and the soundtrack. (Thank you, Mark Snow.) and we the fandom are now a part of this pop culture phenomenon. 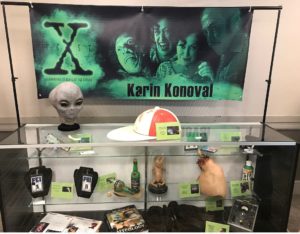 This collection is a passion project of ours. Jim has been a fan and collector since The Pilot episode aired on Sept. 10, 1993. He was instantly hooked by the Kolchak vibe and the show became a foundation for him to rebuild his life. Once he began collecting, he never stopped. He began with commercial items, moved on to promotional items and crew gifts, and finally to production pieces and screen used props and wardrobe. 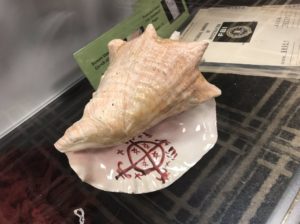 THE X-FILES PRESERVATION COLLECTION is possibly the world’s largest collection of screen used props, wardrobe, and set dressing from The X-Files. The collection is home to thousands of pieces of The X-Files history, many of which are iconic to the show. Some of the more notable items are: several pieces of furniture from Mulder’s office, an alien cryopod from “Fight the Future”, burnt doll from episode “Chinga”, a suit worn by Mitch Pileggi as Skinner, tattered shirt worn by David Duchovny as Mulder in episode “Field Trip”. The list goes on and on.

The purpose of this collection is to Preserve these items for the fandom. The goal is to provide a permanent space where these items can be properly preserved and displayed for the fans. Some items come to us in need of restoration. We do our best to repair these items. We are constantly adding items and we never sell. Once an item is added to the collection it has a permanent home.

So many of you have told us that you would like to be a part of this. We have received so much support from the fandom and celebrities and so many of you have encouraged us to open a museum. We are asking you to help us bring THE X-Files Preservation Collection Museum to fruition. We are planning more that just a place to view these items, we are planning a place for you to experience the History of The X-Files. This museum will be located in the Saratoga Springs area of New York. 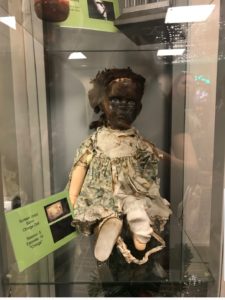 It might be hard to believe some of the strange things that happened on “The X-Files,” but you can believe this will happen with enough support from fans like Jim, and YOU! Support this campaign today at:

-A combination of all the perks

Visit “The X-Files” Preservation Collection” on Indiegogo to…

-Learn more about the collection and museum

-Read more about the perks