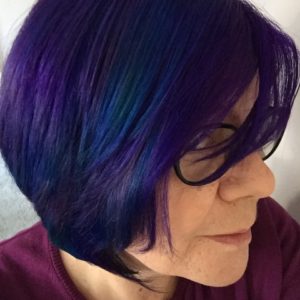 -Patricia: When I was about ten years old, my cousin spent the night. We were allowed to camp downstairs in front of the only television set. (Yes. It was a long time ago.) The midnight movie was the 1963 version of The Haunting, based on Shirley Jackson’s The Haunting of Hill House. It scared the crap out of both of us, and the worst part was that we never saw the monster or ghost or whatever it was. In my memory, we are two little girls huddled together on the living room floor, unable to look away. Even at that age, I knew that if they would just show us the Big Bad, the fear would lessen. I loved it. My cousin still refuses to watch or read horror and sleeps with a baseball bat under the bed. Sometimes I remind her of all the things that bat won’t protect her from. Someday, she’ll have it with her and hit me with it.

My seventh grade English teacher kept her own paperback lending library on the classroom windowsill, a sneaky ploy to trick snotty adolescents into picking up books they might otherwise never read. On that windowsill I found The Haunting of Hill House and We Have Always Lived in the Castle. Before reading Shirley Jackson’s work, I had a crush on the creepy. Jackson—and Mrs. Peake—turned that crush into a full-blown love affair.

Then I heard an adult talking about how William Peter Blatty’s The Exorcist was awful and dangerous and should be banned. Of course I read it immediately, followed by Thomas Tryon’s The Other and Harvest Home, and Ira Levin’s Rosemary’s Baby and—well, there you go. There was no escape.

-Patricia: It—more or less—happened naturally. Years and years ago, back in the Paleolithic age when all submissions had to go through snail mail and include a SASE (self-addressed stamped envelope for the post-Stone Age generation), I submitted a short story to a Big Name Publication. I thought of it as Spec Fiction. I received a personal rejection. (I was too young and stupid at the time to realize how wonderful that was.) It stated (in part) “the story is just too dark for us”—a perfectly valid reason for rejection and no surprise considering the reading material I mentioned above. However, it went on to say, “especially when written by a woman,” which is not so valid and pisses me off even more in retrospect than it did at the time. Everything I’ve written since then (except for the picture books) has taken the same turn. Even my cozy-ish mystery (written as Kay Charles), which I think is pretty light and fluffy is too dark for a lot of cozy readers. I blame Shirley Jackson.

-Patricia: Well, first, I doubt any publication would send a rejection with the afore mentioned line, even though there may still be a few out there who might think it. I’ve noticed more writers who identify as women choosing to write under decidedly feminine names, rather than using their initials or masculine-sounding pen names. Simply having this choice available rather than feeling they must to disguise themselves in order to succeed is a step in the right direction. A baby step, but still a step. Women have always written horror (Monster, She Wrote by Lisa Kroger and Melanie R. Anderson is a wonderful romp through the history of Women in Horror. I can’t recommend it highly enough) but they’re more visible now, which I think leads to more women writing and publishing horror. And, and as far as I’m concerned, this has led to some really good reading.

-Patricia: I think, I hope, it’s bright. Women who have been writing horror for years are gaining more recognition, and the genre is full of wonderful writers with long careers ahead of them. Gwendolyn Kiste, Sarah Read, Michelle Renee Lane, Stephanie Wytovich, Sara Tantlinger, Kristi DeMeester—just to name a few. These women and their writing will inspire more women. Basically, I’m hoping for a snowball effect, and I think I will happen. 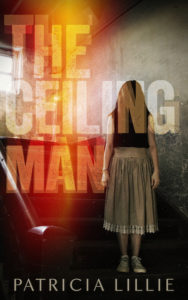 Learn more about Patricia in her bio below:

Patricia Lillie grew up in a haunted house in a small town in Northeast Ohio. Since then, she has published picture books, short stories, fonts, and two novels. Her short stories have appeared in Nightscript (Vols. 1 & 5), Vastarien, and Supernatural Tales among other places, and her debut collection, The Cuckoo Girls, will be published by Trepidatio in April 2020. As Patricia Lillie, she is the author of The Ceiling Man, a novel of quiet horror, and as Kay Charles, the author of Ghosts in Glass Houses, a cozy-ish mystery with ghosts. She teaches in Southern New Hampshire University’s MFA program and is addicted to coffee, chocolate, and cake. She also knits and sometimes purls. Find her on the web at www.patricialillie.com or on Twitter @patricialillie.

We would like to thank Patricia Lillie for taking the time to answer our questions, but more importantly for her contribution to horror!

Trailers of Terror: “The Curse of La Llorona”