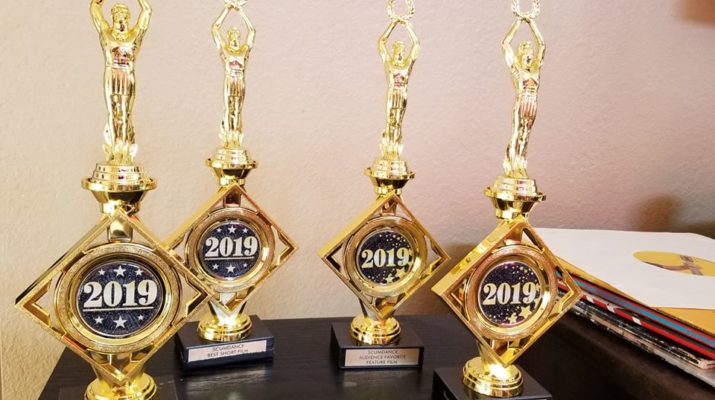 Scumdance Film Festival 2020 is now accepting submissions as they celebrate their fourth year of bringing you the very best in underground filmmaking. They are proof that small festivals can make a big impact of in any genre. Travis Calvert’s Scumdance continues to bring amazing selections in Horror | Grindhouse | Splatter | Exploitation | Punk | Rock&Roll | Hot-Rod | Biker | Underground. This 2020 festival season will be no different as Scumdance is expected to be more bad*ss than ever!

Scumdance is a one day film festival that takes place on July 11, 2020. Genre filmmakers are encouraged to send in their most entertaining live-action, stop-motion, and animated films by the early-bird deadline of March 31, 2020.

In 2018 Scumdance featured: The God Inside My Ear, Fags in the Fast Lane, and Slave to the Grind, while short films included Puzzle, Oddness in Innards, Song of Hands, Third Wheel, Midnight in Her Eyes, Tazerton, The Old Stripper, Crude Picnic Drilling, Family Game Night, The Kvlt is Alive, The Jerry Show, Compulsion, Limit, Shagfoal, The Eve, Whimsy & Hester, Entropia, and Deadline.

In 2017 Scumdance featured: Black Cat, Hell!, and Red Christmas, with short films including Goddamn Sensitive Man, Shout at the Ground, Obsession, The Dark Hunger, Dead Fuck, My Ass Is Bleeding 2, The Last Movie, The Weed Whacker, Massacre, and The Gates of Hell.