Avail TV a brand-new, ad-based streaming platform that brings a new look to traditional programming with both Live TV and pre-recorded shows, has launched – complete with some of the best the genre has to give! 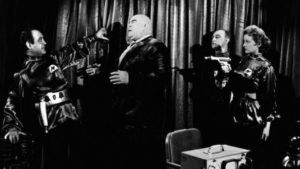 Horror and sci-fi titles available include :
PLAN 9 FROM OUTER SPACE – In this classic cult hit from 1959, evil aliens attach Earth and set their terrible Plan 9 in action.
THE SATANIC RITES OF DRACULA – In London in the 1970s, Scotland Yard police investigators think they have uncovered a case of vampirism. Stars Christopher Lee, Peter Cushing
THE LAST MAN ON EARTH – When a disease turns all of humanity into the living dead, the last man on earth becomes a reluctant vampire hunter. Stars Vincent Price
SLIPSTREAM – Bounty hunter Matt kidnaps a murderer out of the hands of two police officers. Stars Mark Hamill, Bill Paxton.
MORBID STORIES – Featuring 5 horrific tales from 5 up-and-coming indie filmmakers. Stars Courtney Akbar, Krystal Pixie Adams
ASTRO – A billionaire and his team with a private space exploration program, returns to Earth with an abducted extra-terrestrial from a newly discovered alien planet, with hidden secrets of his own from this world. Stars Gary Daniels, Christopher Showerman.
THE BUTCHER – Thaddeus Hyatt is a chef who has mad cow. He kidnaps foreigners, kills them, injects his own blood into them, then feeds their meat to unexpecting folks in his restaurants. Stars Maria Olsen.
DARK IMAGE – A girl is possessed and kills her own twin sister.
THE NIGHT SHIFT – A security guard gets hired to guard an empty mansion until the owner will arrive in the morning. Little does he know, he has been set up as a human sacrifice to placate the various Demons who live in the house
DREADTIME STORIES – A party turns bizarre when a malevolent book makes its way into the hands of the attendees who reveal its tales of monsters, madmen and the supernatural.
SCARRED – Four models go on a photo shoot at an abandoned house previously belonging to the infamous Kandie family. Little do they know that Jonah Kandie still lurks there, seeking horrific revenge on trespassers.
HELLINGER – A fallen man of the cloth forever bound to the fires of Hell by a pact made with Satan is unleashed to torment humankind.
ALICE SWEET ALICE – In 1961 suburban New Jersey, a withdrawn adolescent girl is suspected of her younger sisters brutal murder during her First Communion, and a series of subsequent stabbings. Stars Brooke Shields.
PHENOMENA – a young girl, with an amazing ability to communicate with insects, discovers her unusual capability might help solve a string of murders. Stars Jennifer Connelly.
TAG – Billy leads a pack of homeless teens. He has an Aids like virus, which he has passed on his blood brother Jacob. Billys philosophy takes a dark turn when he decides to infect strangers with the virus, but Jacob will fight to stop him at all cost. Stars Christopher Mintz-Plasse. 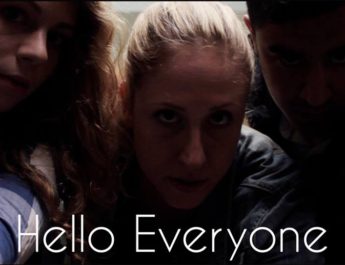 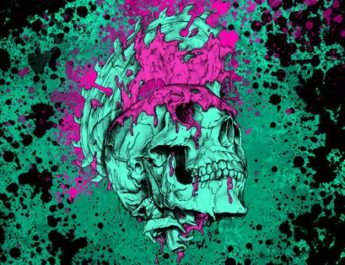