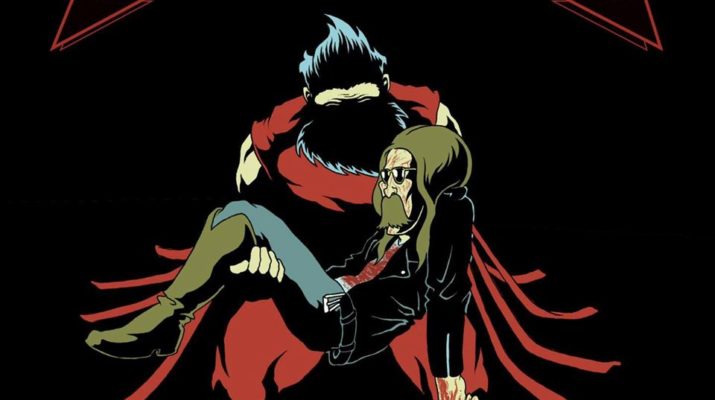 As if people weren’t obsessed enough with the apocalypse before Covid-19, now the top content on streaming services include titles like “Contagion” and “Doomsday Preppers”. The dudes from MF Ruckus, on the other hand, posit that, just because it’s the end of the world, doesn’t mean we can’t have a laugh.

The Front Lines of Good Times is a comic series created by the international power-rock combo, MF Ruckus as part of their expanding creative universe. The story, now in its third chapter, features the members of MF Ruckus as they attempt to survive and thrive in the post-apocalyptic hellscape of the year 2040. Chapter 3, titled “Acropolis Now!” finds the band just after a harrowing road-battle with a psychotic marauder chieftain named Evel. They have limped their way into the makeshift trade center known as “Scrappertown” where they have come seeking supplies and repairs on their damaged van. A pick-up gig at the local speakeasy known as The Acropolis starts out as an opportunity for a few quick bucks, but quickly turns into a bloody gunfight costing the band a heavy loss and forcing them to put their trust in a couple of dodgy strangers.

This chapter, like chapters previous, features the usual humor MF Ruckus has become known for, but also touches on themes of loss and regret from a very real place. This installment in the series, written by MFR vocalist Aaron Howell and illustrated by This is Heavy Metal creator Jake Fairly, was crafted during a series of very intense events, both for the band and for the world. During this time, Howell saw the birth of his son, the sudden death of his younger brother as well as the highly acrimonious departure of longtime friend and bandmate Parker Meehan. On top of all these personal and professional hurdles, the book just happened to be finished during the terrifying and rapidly accelerating Coronavirus Pandemic, making for a somewhat timely release.

Currently, Chapter 3 is available as a high quality readable PDF available for free download on the band’s website, mfruckus.com/comics. In the coming months, the world can expect an audio version as well as an animated motion comic featuring cameos by several of the bands own fans and Patrons as well as a few characters of notoriety from the music world including Blaine Cartwright and Karen Cuda of Nashville Pussy fame as well as double-time rapping, Tech-N9ne protege Rittz. The audio version is slated for release in the next couple months whereas the motion comic is tentatively set to debut this Summer/Fall on the American Horrors Channel program Groovey TV.

Limited prints of the comic will also be made available soon, but for now, fans of Rock n Roll and Comics alike can enjoy the first 3 chapters in the series by visiting https://mfruckus.com/comics. 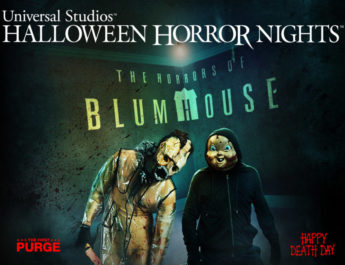