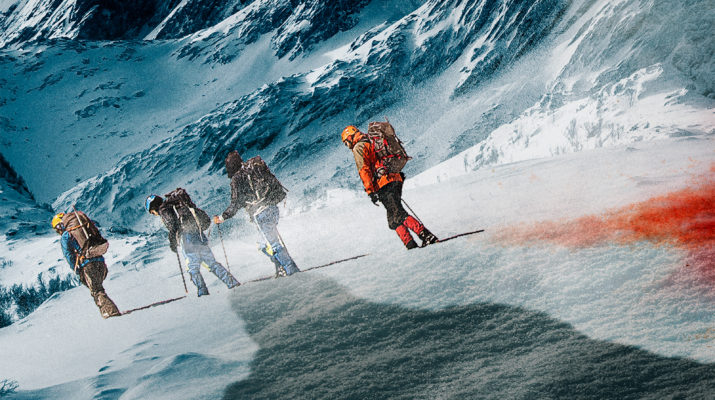 Here are some of the horror DVD/Blu-Ray releases for April 14th!

“A lot of fun, a great mix of horror and adventure made with a great cast by a talented director” – Ian Jane, rockshockpop.com In a small village in the remote English countryside, several young maidens have been found dead – their beautiful faces horribly aged almost beyond recognition. Suspecting a supernatural evil at work, the local doctor calls on Army friend and famed vampire hunter Captain Kronos, an expert swordsman formerly of the King’s Imperial Guard. Aided by his expert assistant, Professor Grost, the two quickly confirm the gruesome murders are the work of a unique type of vampire, one who drains its victims not of their blood, but of their youth! After forging a lethal new sword from an old graveyard cross, the vampire hunters set out to put an end to evil’s reign of terror in this Hammer Films horror classic.

Widely recognized as the source of the Frankenstein myth, the ancient Hebrew legend of the Golem provided actor/director Paul Wegener with the substance for one of the most adventurous films of the German silent cinema. Suffering under the tyrannical rule of Rudolf II in 16th-century Prague, a Talmudic rabbi (Albert Steinruck) creates a giant warrior (Paul Wegener) to protect the safety of his people. When the rabbi’s assistant (Ernst Deutsch) takes control of the Golem and attempts to use him for selfish gain, the lumbering monster runs rampant, abducting the rabbi’s daughter (Lyda Salmonova) and setting fire to the ghetto. With its remarkable creation sequence (a dazzling blend of religion, sorcery and special effects) and the grand-scale destruction of its climax, The Golem was one of the greatest achievements of the legendary UFA Studios, and remains an undeniable landmark in the evolution of the horror film.

Obediah Lazarus is the son of Judah Lazarus, the original Hanukiller. In 1983, Judah terrorized NY for seven nights and was preparing to sacrifice his eight year old son, Obediah, on the eighth night. Judah was convinced it was God’s will, like Abraham and Isaac, to sacrifice his only son to God. Luckily for Obediah, police tracked Judah down and stopped the sacrifice, but Judah was gunned down in the process. Warped by hatred with no guidance, Obediah Lazarus becomes a religious extremist, intolerant of non-Jews, ”bad Jews”, and those he perceives to be enemies of the Jewish faith. He is about to unleash eight nights of horror. A group of Jewish teens are getting ready to party for the holidays, but are in for a Festival of Frights. With the help of a wise Rabbi, they deduce that the murder victims have violated Judaic law and that their only chance at survival is to embrace their faith.

After an outbreak of a new strand of the rabies virus turns the population of Venezuela into crazed, bloodthirsty cannibals, a young doctor finds himself separated from his son with the rapidly decaying city and sprawling countryside standing between then. Navigating through the plague-infested streets and marauder-filled backwoods roads, he must use every resource at his disposal to find his way back to his only child and hopefully unlock the secret to a cure for the deadly disease.

A research team embarks on a journey to obtain a plant that can advance medical research by centuries. They find evidence of the previous expedition and discover that a Yeti creature hides in the mountains and will do anything to protect its terrain.

Sarah Michelle Gellar (The Grudge 1 & 2), leads an all-star cast including Lee Pace (TV’s Pushing Daisies) and Michael Landes (Lakeview Terrace) in the year’s most mesmerizing thriller. Newlyweds Jess (Gellar) and Ryan (Landes) seem to have it all until a car accident renders both Ryan and his brother Roman (Pace) comatose. But things spin even more eerily out of control when Roman awakens and tries to convince Jess that he is her husband. Beside herself with fear and grief, Jess grapples with one question: Could the man before her actually be the man she lost….or does something far more sinister await her in his arms?

The clip-trip carnage continues in VAMPIRE SLAUGHTER: EATEN ALIVE, the fourth entry in FULL MOON’S BUNKER OF BLOOD, the gory, go-for-broke films series featuring some of Full Moon’s bloodiest moments from their most fearsome franchises framed by a new, bone-chilling narrative! After regaining consciousness on DeathHead Island, The Gore Collector, Tape Head and the now fully-assembled Molly board a ramshackle raft made with wood taken from the actual crucifixion of Christ, and start their trek across the Blood Sea. But first, the creepy crew encounter the inhabitants of the island: a tribe of drooling albino vampires! As the Red Gortex sucks our heroes into its crimson depths, Molly pops in yet another terrifying tape and insists The Gore Collector lock his eyes on the screen… Framed by a motion comic that literally illustrates the evil adventure, FULL MOON’S BUNKER OF BLOOD is an 8-part feature film series designed to turn the toughest stomachs and make your eyeballs bleed. VAMPIRE SLAUGHTER: EATEN ALIVE features the reddest scenes from classic Full Moon flicks like SUBSPECIES, VAMPIRE JOURNALS and DECADENT EVIL and weaves them together in a tapestry of spurting shock. Shine-up your crucifix and chop your garlic and prepare the wildest BUNKER OF BLOOD yet! It’s got BITE! Bonus features include: Full Moon Features Trailers

A group of friends break into an abandoned house for a weekend of partying only to discover a mad scientist in hiding … who just happens to need subjects to try out his new monster-making formula. When some of that serum turns one of the group into a hungry, murderous were-beast, all hell breaks loose and everyone is on the menu.

While adjusting to a new life in a quiet suburban community, a recently divorced mother and her two teens receive mysterious red letters instructing them each to kill or be killed. As the bloodshed begins, they find themselves in a race against time to protect the ones they love from the people they thought they knew. Bonus features include: Audio Commentary with Director, Executive Producer and Cinematographer, Her Eyes My Dance through the movies with Actor Tiffany Helm, Suburban Skirmish The Making of Red Letter Day, Theatrical Trailer and film teaser

After renting a new apartment, a single mom finds a spirit board buried in the backyard, which conjures the ghosts of a group of evil entities who haunt her and her family. A local priest is enlisted to help her put these souls to rest forever before they break free and create hell on earth. DVD BONUS FEATURES: Creator Interviews, On Location Interviews, Trailers

This one-of-a-kind, eight-part anthology brings together the leading names in shot on video horror from the past 30 years, including directors Tim Ritter, Brad Sykes, Donald Farmer, Todd Sheets, Chris Seaver, Ron Bonk, and Marcus Koch, who were all challenged to go back to their roots, using only analog equipment, in order to tell eight brand new tales of gore and terror. Bonus features include: Trailers and Teasers, Making Of Hi-8 Documentary, Commentary Track with Producers Brad Sykes and Josephina Sykes, Behind the Scenes Image Gallery, The 8 Simple Rules of Hi-8

Tamara Miller has planned a weekend lake getaway with her two best friends. When she gets kidnapped by a backwoods cult, eerie and unexplained occurrences arise. Will she make it out alive or become the treasure of these deranged lunatics?

Culled from Full Moon’s most carnage-filled killer cranium classics, DEATH HEADS: BRAIN DRAIN is indeed the third chapter in the splat-tastic horror film series spotlighting some of the studio’s strangest and sickest sequences framed by an all new, all outrageous narrative, This time, we follow the further adventures of a masochistic drifter trapped in the lair of The Gore Collector, a sadistic curator of carnage who was has chosen the drifter to be the heir to take over his evil operation. The new guru of goreand his evil analog guide Tape Head encounter Molly, a verbose mannequin head that sucks the wide-eyed voyeur down a wet, red rabbit-hole of vile scenes of vein-spurting terror from Full Moon’s freaky past. Bookended by illustrated comic book panels that set up the sanguinary shocks, FULL MOON’S BUNKER OF BLOOD is an 8-part descent into surreal slaughter like only Full Moon can deliver. DEATH HEADS: BRAIN DRAIN features horrific highlights from classic flicks like SKULL HEADS, HEAD OF THE FAMILY, TOURIST TRAP and TROPHY HEADS, all bashed together in a full-blown assault on your fragile psyche. Bonus features include: Full Moon Features Trailers