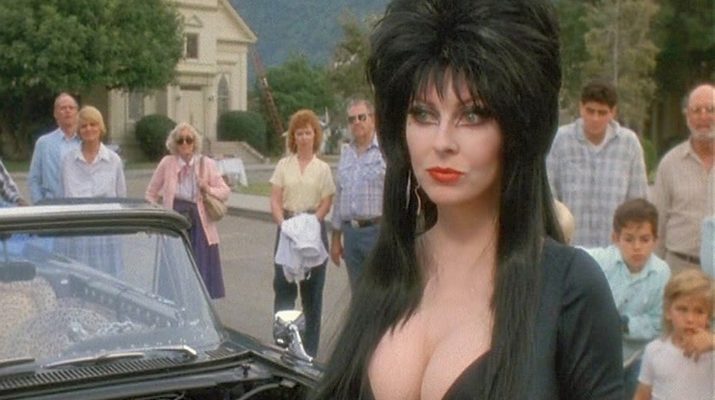 Here are some of the horror DVD/Blu-Ray releases for April 28th!

Having just quit her job as a Los Angeles TV horror hostess, Elvira receives the unexpected news that she s set to inherit part of her great aunt Morgana s estate. Arriving in the small town of Fallwell, Massachusetts to claim her inheritance, Elvira receives a less than enthusiastic reception from the conservative locals amongst them, her sinister uncle Vincent, who, unbeknownst to Elvira, is in fact an evil warlock secretly scheming to steal the old family spellbook for his own nefarious ends

When mystery novelist Sian Anderson (Meg Foster, They Live) arrives in the remote Greek town of Monemvasia, Elias Appleby (Robert Morley, The African Queen), the pompous British landlord of the house she s renting warns her of two dangers: the wind, which gets dangerously strong at night, and Phil (Wings Hauser, Vice Squad), his sleazy and suspicious American handyman. As night falls and the wind starts howling, Sian witnesses the shocking sight of Phil burying Elias s dead body in a shallow grave in his front garden! Trapped indoors from the raging, tree-branch-breaking wind, Sian must play a deadly game of cat-and-mouse with the murderous Phil, who ll stop at nothing to silence this inconvenient witness!

“There is hardly another Hammer picture [that] features the sheer madness within, like a psychedelic dream come to life or something straight from the mind of Terry Gilliam … the sheer unpredictability … keeps you glued to your seat and your eyes on the screen.” – The Telltale Mind The passengers of an old freighter en route to South America find that their voyage is truly damned! The nightmare begins when Captain Lansen (Eric Porter) attempts to transport illegal explosives and their rusty tramp steamer becomes stranded in the vast floating swamp of the mysterious Sargasso Sea. Under the cover of night, the terrified travelers encounter unspeakable monsters, man-eating seaweed, vicious mutant pirates and stupendously endowed women. All aboard for this “marvelously absurd, straight-faced anthology of comic-strip plots, dialogue, devices and special effects” (The New York Times)!

A decade before THE BLAIR WITCH PROJECT redefined the horror landscape, there was THE MCPHERSON TAPE. On October 8th, 1983, the McPherson family gathered together to celebrate the 5th birthday of Michelle, the littlest member of their household. Everything was captured on VHS by Michael McPherson and his new camcorder. Including the alien invasion. Shot for $6000 by first-time filmmaker Dean Alioto in 1989, this movie blends the production design of a Jaycees haunted house with a dead serious tone to forge a fun, hypnotic nightmare that upends the concept of reality. Due to a warehouse fire at the original distribution company, THE MCPHERSON TAPE was never legitimately released. AGFA + Bleeding Skull! are proud to present the world home video premiere of this important milestone in shot-on-video horror history, newly preserved from the original 3/4″ master tape.

A brutally sadistic rape leads to a series of bizarre gory murders during a midnight disco bowl-a-rama at a popular bowling alley. One by one, players of two teams meet blood-drenched gruesome deaths at the hand of a black bowling-gloved masked killer. This alley runs red with blood by sunrise. Bonus features include: Pin-etration Edition, Photo Gallery, Commentary with director Ryan Nicholson, Massive amount of out takes!!!, Behind the Balls, Making of Gutterballs, Behind the scenes, Interviews

Bimba (Katell Laennec) lives in a gothic castle with her family. However, after her family conducts a seance to communicate with her dead mother, Bimba begins acting in increasingly strange and perverted ways. With her father at a loss for what to do, he invites a beautiful nun who resides in the castle to try and help get her under control. However, the Sister soon suspects that Bimba has become possessed by an insatiable, sex-starved demon which will stop at nothing, including murder, to fulfill its depraved and unholy desires.

GOD’S BLOODY ACRE: Three mountain-men brothers living in an uninhabited forest area love their simple lifestyle. When a construction crew shows up to clear the way for a park, the brothers are prepared to stop at nothing to defend their lifestyle – even murder. Newly restored and remastered from the only surviving 35mm print provided by the star of the film and cult movie legend Wayne Crawford.

SO SAD ABOUT GLORIA (1973): A young woman just released from a mental hospital moves back in with her family. However, she is soon troubled by disturbing visions in which she commits a series of axe murders. Newly remastered with extensive scene by scene correction.

Steven Lessey (Stephen Young; Soylent Green, Patton) makes his living as a horror writer who has learned that the bloodier the story, the bigger the market. But Steven has also hit a personal crisis wherein he yearns for artistic recognition and an escape from the brutality he conjures up to earn a living. All the while, his horrifying and murderous fantasies begin to blend into his day-to-day life, numbing him to his crumbling marriage, until a shocking tragedy occurs, from which he has no escape…

Man has split the atom and ushered in a new era. But how could he know he would also create Them? Them! is a landmark movie about giant radiation-mutated ants that gets better with age and boasts remarkable, Academy Award®-nominated special effects. Starring James Whitmore, James Arness and Edmund Gwenn, Them! begins in New Mexico with a child wandering in shock, a ransacked general store – and a battered corpse full of enough formic acid to kill 20 men. It ends with an epic struggle in the 700 miles of storm drains under Los Angeles, where the insect hordes are beaten. But they’re not conquered, because they spawned a generation of films about radioactive creatures. Some approximate the terror, but few have equalled the artistry of Them!

The Back Lot Murders takes the slasher genre and twists it! Blending horror and satire, it tells the story of Wiseguys, a rock band on the brink of stardom, shooting their first video on the back lot of the world’s most famous movie studio. Little do they know that they are their beautiful girl friends are targets of a deranged psycho killer! One by one the cast and crew begin disappearing into the night only to turn up as ghastly victims. Featuring an all-star cast including Priscilla Barnes (Mallrats), Charles Fleischer (Who Framed Roger Rabbit) and Corey Haim (The Lost Boys) in this Hollywood send-up with an entirely new take on the classic horror slasher genre!

The curse of the evil Mermaid is an old legend surrounding a lake in a small town that many thought was fiction, but when four friends tempt their fate and conjure the demons of the lake, they learn the hard way that some legends are real.

An innocent video becomes documentation of a tragedy as Kevin and Vickie approach the anniversary of their son’s suicide and discover a horrifying truth – Kevin’s grief has invited something evil into their home.

This ghoul just wants to have fun! She also wants an occasional bad guy to sink her fangs into – because she never, ever takes Innocent Blood. Anne Parillaud is Marie, a vampire who imperils Pittsburgh when she fails to kill one of her victims, mob boss Sal Macelli (Robert Loggia). Sal realizes what a lucky stiff he is: a vampire with deadly powers! If Marie and her undercover-cop boyfriend (Anthony LaPaglia) can’t stop the mobster’s new “family” of goons, Pittsburgh will be the pits. As in his An American Werewolf in London, director John Landis saw in Michael Wolk’s script many possibilities to be outrageous – and transforms them into outrageous screen reality.

A young woman is committed to a psychiatric hospital claiming that her newborn has been abducted by a secret society called the Dark Red — an ancient, underground cult that harvests and controls an incredibly rare blood type that gives one the power to hear and guide another person’s thoughts. She says that she is special: that she carries a pure and powerful strain of the blood like nothing seen before, and that the society sees her and her child as its next evolution — or perhaps its greatest threat, should she turn against them.

SHED is an independent horror movie with skin-stealing monsters. But really, it’s about love. A mysterious old man hosts a rollicking Halloween party where the main attraction is his story — a chilling tale of parasitic monsters masquerading as everyday people. Throughout one bloody night, the truth behind the story is slowly revealed. Loyalties and affections are tested. Love and relationships get defined and redefined.

From the creator of the cult hit Die You Zombie Bastards! Frank Bellini’s life is a mess – and it’s going to get worse. After a series of events send his life out of control, Frank is forced to embark on a surreal journey through an alternate reality Los Angeles to find his kidnapped wife. Human spiders, robots, Mormons, aliens and fairies collide in this epic and bizarre death trip.

Sandra, a private investigator on maternity leave is disturbed by Jenny, her own assistant to meet Olga, a Russian ex-pat whose son is missing. Little do they know that they will have to venture into one of the most sinister stories that a little island like Malta has to tell. Kurt, Olga’s son, is not the only person missing. A mysterious man is breeding worms inside their bodies, the most atrocious way. 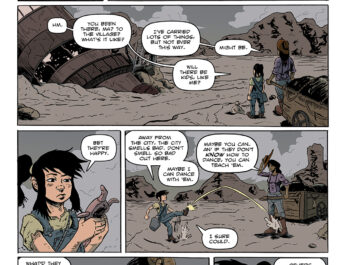