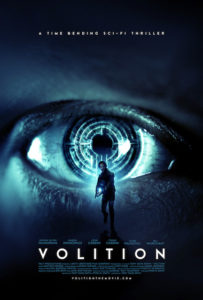 In this time-bending cerebral science-fiction thriller, a man afflicted with clairvoyance tries to change his fate when a series of events leads to a vision of his own imminent murder. Awarded as BEST FEATURE at the Philip K. Dick Film Festival, among a slew of other awards and critical acclaim, VOLITION is a tightly-wound puzzle of a ride.

I have always loved social and cerebral science-fiction, from The Twilight Zone to Black Mirror. What I love about these stories is how they position a character in direct opposition to his/her belief system – forcing them to look at their lives in often the most desperate of ways. I’ve also been fascinated by the existential debate of fate vs. free-will. If we have free-will, do we exercise it? How do we know we aren’t fated to do so? This led me down the dark rabbit hole of parallel universes, concepts of time and all the types of geekery that I constantly delight in.

On the surface, VOLITION fits into this mold. It’s is a cerebral science-fiction thriller about a man afflicted with clairvoyance, who is spurred into action after seeing a vision of his own imminent murder. From its origin, this premise had enough of a hook to grab me, yet it’s not what drove me to spend years developing the story alongside my brother Ryan W. Smith (co-writer and producer). What compelled me was something far deeper and, ultimately, something entirely primal and personal. Like the character in VOLITION, there was a time in my life when the world felt fated and deterministic. The more I leaned on a belief that I “knew” how my future “should” transpire — the less active I became. My worldview became a self- fulfilling prophecy. For me, VOLITION works as a metaphor, challenging us to face our greatest fears, very often our own thoughts, and to take a leap into the unknown. 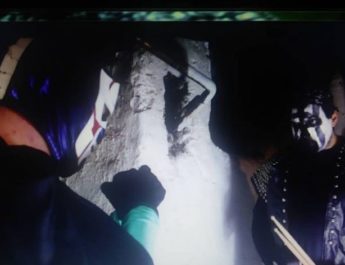 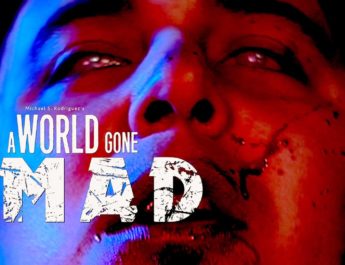