Here are some of the horror DVD/Blu-Ray releases for June 16th!

RIP into the chilling UNCUT EDITION of Friday the 13th. With the addition of unrated footage, and insightful special features, plunge deeper into the film that spawned eleven sequels and the genre’s unstoppable bad guy, Jason Voorhees. A new owner and several young counselors gather to reopen Camp Crystal Lake, where a young boy drowned and several vicious murders occurred years earlier. They’ve ignored locals’ warnings that the place has a death curse… and one by one they find out how unlucky Friday the 13th can be as they are stalked by a violent killer.

Get Ready for More Thrills and Chills! Volume 5 of the Universal Horror Collection includes four tales of terror from the archives of Universal Pictures, the true home of classic horror. A mobster’s brain is transplanted into an ape who carries out his revenge in The Monster and The Girl. A mad scientist turns an ape into a beautiful, but deadly woman in Captive Wild Woman. Jungle Woman, the sequel to Captive Wild Woman, is an eerie thriller with all the danger of wild animals on the loose and a sexy killer on the prowl! And in the Jungle Captive, a scientist has experimented on re-animating animals … but now he has decided to go one step further and re-animate a human!

Emerson Graham’s nights as a cab driver are filled with annoyances and inconveniences, but until tonight, never attacks and disappearances. After picking up a mysterious passenger her evening goes from working a job to performing a quest as they must race against the clock to stop demons from invading the world. BONUS FEATURES – Audio Commentary, Deleted Scenes, Interviews, Outtakes

After a black hole strikes, it opens up another dimension in a rural Wisconsin town, and soon there is an invasion of gigantic arachnids who crave human flesh. NASA scientists Dr. Vance (Steve Brodie) and Dr. Jenny Langer (Barbara Hale) try their best to save humanity as a romance blooms between them. Meanwhile, local Dan Kester (Robert Easton) squabbles with his wife, Ev (Leslie Parrish), and has a dalliance with local bartender Helga (Christiane Schmidtmer).

Produced in 1960 as BODY IN THE WEB, it became a notorious Adults Only feature throughout Europe (though banned in the UK). Three years later and sheared of its nudity, it was repackaged for American audiences as a brain- melting monster movie filled with stripper-cat-fights, skimpy lingerie and radioactive arachnids. Alexander D’Arcy, whose Hollywood career ranged from Leo McCarey’sTHE AWFUL TRUTHto Al Adamson’s BLOOD OF DRACULA’S CASTLE, and ‘The German Jayne Mansfield’ Barbara Valentin (BERLIN ALEXANDERPLATZ) star in “the ultimate exploitation movie” (PsychotronicReview.com), produced by Wolf C. Hartwig of BLOODY MOON and SCHOOL GIRL REPORT infamy.

Anne De Carlo (Kim Delaney, NYPD Blue), a military research scientist, is working on a formula that will make human skin impervious to bullets. While experimenting with the formula, De Carlo injects it into a man who has been in cryogenic suspended animation for twenty years. What De Carlo doesn’t know is that before he was frozen, the man was contaminated with the blood of a werewolf, and now she’s created a bloodthirsty beast that can’t be stopped with a silver bullet! Featuring an all-star cast that includes Barry Bostwick (Megaforce), Musetta Vander (O Brother, Where Art Thou?), Carole Davis (If Looks Couls Kill) and horror legend Kane Hodder (Friday the 13th Part VII: The New Blood, Jason X) as ”Metalbeast” in this unforgettable sci-fi / horror cult classic that ”sets out to entertain and it does that in spades” (Wicked Horror).

The year is 1993. Earth’s fuel sources are rapidly decaying. A recently established top-secret government project regarding the deep space mining of a revolutionary new energy source is under way- independently financed and protected at any cost by a mysterious corporation who motives may not be as pure as the gullible public is lead to believe. Code named: HELLFIRE, this new energy source in its stable form is 100% manageable – no fallout, no acid rain, no ill effects. In its unstable form, however, HELLFIRE is capable of igniting human flesh and completely disintegrating the body.

While mourning the death of his mother, a troubled teen discovers a nightmare world of restless spirits, supernatural vengeance and occult terror with “an intense creepiness that stands the test of time” (The Jakarta Post). Ruth Pelupessy (THE SNAKE QUEEN) and W.D. Mochtar (MYSTICS IN BALI) star in this “classic from the Golden Age of Indonesian horror” (Monster!) – whose 2017 Joko Anwar remake became an international festival favorite and one of Indonesia’s biggest hits ever – now scanned from the original negative and packed with all-new Special Features.

After a bacterium killed 31 million people, a group of rebels set out on a mission to find a cure and destroy the pharmaceutical company responsible for the outbreak. After breaking into the company’s facility, they discover a young girl being held captive. But when they help her escape, the mutation inside her body manifests itself, and the rebels discover why she has been kept under lock and key all this time.

When a group of young microbiologists head deep into the Australian wilderness to test water samples, they inadvertently enter the domain of a mysterious local. As they travel through the marshes, he stalks their every move, determined to kill anyone who enters his land.

A small-town sheriff (William Sadler) and an ex-priest (Courtney Gains) team up to protect a resident artist (Aria London) from an obsessive rapist and the malevolent ghost of a murder victim – only to have her resist their efforts when she finds herself falling in love with the seductive ghost (Dakota Aesquivel). Following several erotic spectal-sexual encounters, she abandons the town, the sheriff, and the ex-priest, and finds herself on the run with her ghost-lover after the rapist is found dead in her cabin. The only problem with her new liberating sexually-charged relationship is that her ghost-lover may be hiding his own violent past, even from her. Bonus features include: Includes behind the scenes documentary, Special Edition Blu Ray

FULL MOON’S BUNKER OF BLOOD screams open for its seventh and penultimate episode. This time we’re not clowning around as we drag The Gore Collector and his eerie entourage into the cotton candy-colored guts of KILLJOY’S CARNAGE CARAVAN, a three-ring circus of freaky frights and evil effluvia! In between the very walls of time itself, the sinister group of Draconian doctors known only as the Circle of Psycho Surgeons continues to perform horrific experiments on unwitting subjects. But one of their tormented patients has returned for revenge! Now, The Gore Collector, and his multiversal traveling companions, Molly and Tape Head, have finally uncovered the whereabouts of the Psycho Surgeons and get set to exact the bloodiest of revenge. But what does this mean for the The Gore Collector himself? As he returns to where it all started – the Bunker of Blood – he will find out what this splatter-soaked road trip across a a fevered nightmarescape has REALLY done to his mind AND body! KILLJOY’S CARNAGE CARAVAN comes armed to the grease-painted gills with outrageous scenes from far-out Full Moon classics like KILLJOY 3, KILLJOY GOES TO HELL and KILLJOY’S PSYCHO CIRCUS and also jams in some of the strangest sequences from other clown-centric cult films like EVIL BONG 666 and much more. Get ready to lose what’s left of your mind and enter KILLJOY’S CARNAGE CARAVAN if you dare! Bonus features include: Full Moon Features Trailers

Two teenage girls on a mission to find drugs at a rave get more than they bargained for. One is sexually assaulted and they are both tortured in horrific ways. The attackers seek refuge in the parents’ of one of the victims’ homes.

Randy is an awkward groundskeeper who is obsessed with professional wrestling. Longing for a sense of belonging with grandiose dreams of becoming a wrestling superstar, he is only met with abject humiliation. A brutal shaming at a local wrestling school pushes Randy over the edge and sets out on a blood soaked rampage to punish those who wronged him.

When Dani, an innocent southern girl, vacations to Los Angeles to escape her complicated personal life, she learns that running from the past isn’t as easy as she hoped as a voodoo curse put upon her slowly destroys her from within. Soon after, the curse literally sends her into the pits of hell where torture and misery await in one of the most disturbing final 30 minutes ever committed to film.

Sarah Logan is a survivor of the Jonestown massacre and is still plagued by nightmares. She returns to the abandoned settlement hoping to put the past to rest but discovers the cult’s former home is a breeding ground for the supernatural.

After the discovery of an illicit affair, a journalist falls in love with a seductive, sultry, young woman he meets on the beach. Infatuation turns into obsession, as she takes over him and he gets drawn in to her powers. The more he falls for her, the more he will learn the dangers of falling in love with a siren.

Dracula escapes mortal enemies in the 1800’s by jumping through a rift in the fabric of time and space, only to land in Frosburg, MD (pop: 8000) in the early 2000’s. Quickly joining forces with a modern descendent of the original Dr. Frankenstein, the two join forces in a plot to reanimate the legendary Frankenstein Monster. Meanwhile, a popular cabaret singer goes on a quest to locate her missing sister, apparently one of the doctor’s test subjects/victims. She meets her sister’s slacker friends and the runs afoul of the legendary vampire, as well as this new Dr. Frankenstein’s bizarre henchmen.

Garrett tries to recover a lost memory that took place at his family’s vacation home in Vermont on his tenth birthday, when he was found in a non-responsive state by his parents and institutionalized. But revisiting the past sometimes calls the darkness as well, and Garrett will soon learn that some memories are best left lost and buried forever. 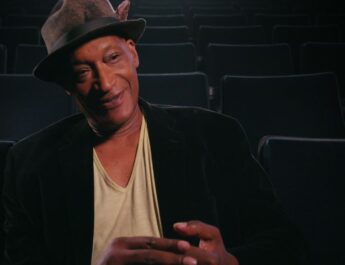 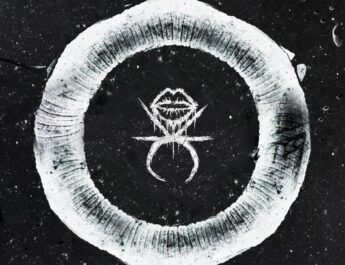