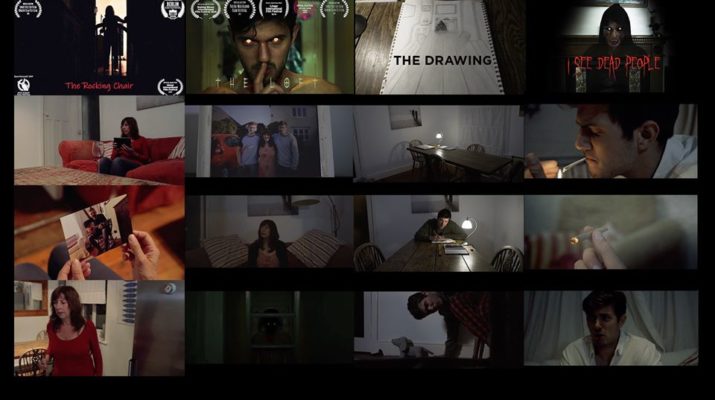 Grose Horror, a YouTube channel specialising in short, low-budget horror films, is proud to announce the release of its latest creation: The Drawing. The Drawing asks the simple question: What happens when your artistic vision becomes real? It’s now available to watch on the Grose Horror channel, and, as of 23 June at 7:00pm, it will also be available on the YouTube channel Fear Crypt. 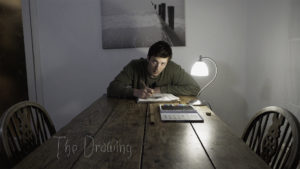 Grose Horror is the platform for films made by Dominic Grose, an award-winning British filmmaker who began making horror shorts in 2018, not long after graduating from the University of Winchester. His first release that year was The Rocking Chair, and The Drawing is his fourth film. Dominic writes, directs, edits and (mostly) films his shorts himself. “I occasionally enlist the help of my friend and fellow film student from university, Tom Harden, for a second camera or an additional actor.” The Drawing, a single-character story, features Dominic’s brother, Christian Grose, who has also acted in two of his other films.

“I try to adopt the little, to no dialogue approach, as I know dialogue can be tougher to shoot (especially when the film stars non-actors), and it also makes them more universal, as anyone in the world can watch and understand them. I think this also improves my technique to tell stories visually.”

Dominic, 24, typically takes only a day or two to shoot his films — all of which have so far been shot in his family home — but then spends up to two months on edits and other post-production work.

“I am very nit-picky when it comes to VFX, sound and the tightness of the edit itself but overall,” he explains. “I think it’s worth taking that extra time to make it better. My goal is not to compete with big budget films, but to make low-budget look the best it possibly can.”

Dominic’s inspiration for The Drawing came during the coronavirus pandemic lockdown. Because both his brother Christian and his mother dabble in art, he wanted to use that medium to involve them in the project.

“The whole idea of something moving in a picture has been done many times before, so I wanted to add my own element to it and hopefully that has been achieved,” Dominic says. “I really like old-school horror and ghost stories, so I definitely strive to make films in that part of the horror genre.

“My hope is that more people start seeing these and enjoying them. The rewarding part for me is just hearing that people get a good experience out of them.”