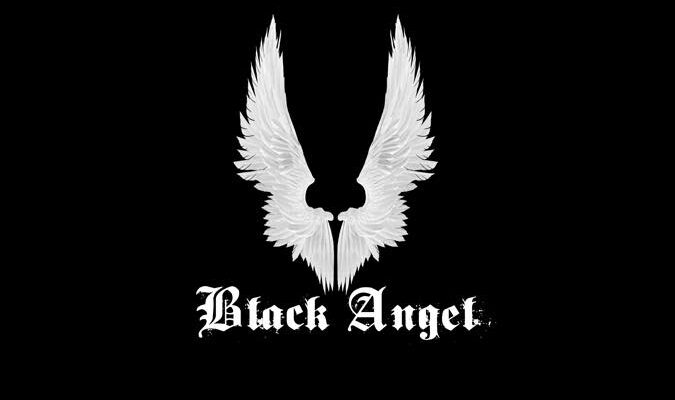 For fans of: SISTERS OF MERCY, BAUHAUS & THE CULT

Kiss of Death is an album that is all about love. Whether it be unrequited, a lost love or a love out of reach. “Animal,” the first single from the album fits into this theme by addressing the topic of passion.

Kiss of Death is available on CD and digital formats NOW.

“Late to the party’”
“Back in the 80’s, my brother Dan introduced me to the goth genre. He took me to a club in Bristol called ‘The Whip’ in 1985. Bands like the Sisters of Mercy, The Cult, Bauhaus and The Damned were all being played. I loved the music and the lifestyle. During the next 30 years I produced and mixed many albums trying to break out as a producer. But I guess my heart just wasn’t in it.

In 2017 I rediscovered my passion for this genre. I started listening again to those goth bands from the eighties. I was totally reinvigorated. So I put down all of my keyboards, picked up my guitars and started MY goth band, BLACK ANGEL. Now here we are: two albums later. People say BLACK ANGEL captures that sound and feeling from 1985. I love the process which is what is most important. This is what I do now. And as they say, the rest is history…..I guess I was just a little late to the party.”
– Matt Vowles – (BLACK ANGEL)

BLACK ANGEL came onto the goth / post-punk scene in 2018 with their true 80’s style debut goth album The Widow. It was well received and inspired them to get back to writing and back into the studio during 2020, working on their follow-up record, Kiss of Death.

English musician and producer Matt Vowles grew up in the 80’s listening to BAUHAUS, SISTERS OF MERCY, THE DAMNED, THE CULT, etc and has always been influenced by what he sees as the true goth period. The great challenge and direction with Kiss of Death was to capture that essence of the 80’s goth style but to not sound outdated or like a carbon copy of other bands. BLACK ANGEL captures that sound of the era but also brings something new.