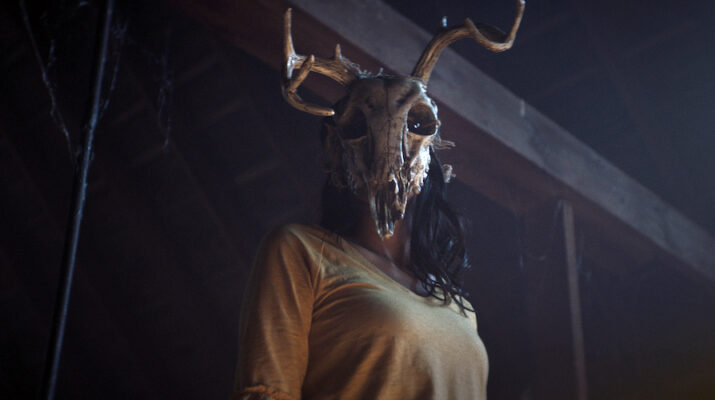 Here are some of the horror DVD/Blu-Ray releases for August 11th!

Following his parents’ separation, a rebellious teenage boy, Ben, is sent to live with his father for the summer and work at the local marina in order to gain some form of discipline. The idyllic tourist town offers little solace for him, however, as he is forced to deal with the local, privileged teens and his father’s new girlfriend. Ben’s problems grow increasingly disturbing when he makes a chilling discovery about the family renting the house next door. A malevolent spirit from the woods has taken a hold of the parents and starts playing a sinister game of house, preying upon the children and wiping away any trace of their existence. Ben’s suspicions of the supernatural horrors go unheeded and he launches a perilous crusade in order to put an end to the skin-walking witch’s reign of terror. Chilling and suspenseful, THE WRETCHED offers a modern update to the retro young hero’s mission like that of The Goonies, and promises to make viewers wary of every dark corner they encounter after witnessing its terrifying tale.

Mikey Kelvin (Brian Bonsall, Blank Check, ”Family Ties”) has been a bad boy, only nobody knows exactly how bad. Tragic and Deadly ”accidents” seem to happen all around Mikey. So, from foster family to foster family and from school to school he goes, leaving a trail of unanswered questions. Of course, everyone knows Mikey is just a sweet, misunderstood little boy. But… remember… Jason and Freddy were once kids too!

“… [a] haunting thriller in the classic mode.” – Film Daily Herbert Lom stars as The Phantom in Hammer Films’ celebrated production of Gaston Leroux’s horror classic. Mysterious mishaps bedevil a London opera house, but when tragedy strikes during an opening night performance, it’s clear that these “accidents” are the deliberate work of a deranged madman – The Phantom. When Christine (Heather Sears), the young star of a new musical is contacted by the shadowy specter, her producer investigates, tracking the ghostly Phantom to his secret underground lair. More than an evil apparition, The Phantom proves to be a brilliant composer. Disfigured and nearly destroyed, he now demands his hellish revenge. Christine, his new star, is his one weakness, and he pays the ultimate price to keep his love alive.

A young woman goes searching for answers after her friend mysteriously vanishes in Whitehall, NY, an Adirondack town known for its Bigfoot sightings. She quickly learns that hiding in the woods is an evil more sinister than she could ever imagine. DVD BONUS FEATURES: Audio Commentary

This stunning film from director Shinya Tsukamoto (Tetsuo, NIGHTMARE DETECTIVE) is set in Tokyo in 1910. Dr. Yukio Daitokuji (Masahiro Motoki), is a former military doctor who has taken over a successful medical practice from his father. He appears to be living a charmed life: he is respected in the local community and is married to the beautiful Rin (Ryo). His only problem is that she suffers from amnesia, and her past is unknown.

THE LADY KILLS tells the story of Françoise Frémond, who travels across Europe on an apparently random killing spree, bumping off a series of increasingly odious men. From swinging London to the eternal city of Rome, she leaves a trail of dead bodies and the question – why? A mystery film as only Jean Louis Van Belle could make it, THE LADY KILLS is a blast from start to finish with an amazing soundtrack of gloriously groovy psych-rock.

PERVERTISSIMA is a bizarre – and possible unique – combination of mondo movie and mad scientist flick. A beautiful woman is hired by a scandal sheet editor to research and write a report on “Love in Paris”. Her quest takes her from a lesbian sauna to a secretive club of masked swingers, via stints as a street walker in a seedy Paris back alley and a strip-tease artist in an upmarket cabaret. Her final outing leads to the clinic of the dangerous Dr. Vilard, who aims to create sex robots out of human flesh, and mate them to create a race of super-humans to take over the world!

A group of paranormal investigators in the UK come face to face with the American legend Bigfoot and must fight for their lives while trying to capture proof of the creature’s existence. Bonus features include: Trailers, Scene Selection, Commentary

While on a stakeout, hardboiled cop Eddie Boone gets injected with a dangerous new designer drug causing nightmarish side effects. As he searches for his missing partner, Eddie discovers the urban streets full of mutants, monsters, and mayhem orchestrated by the mastermind behind the lethal narcotic! Produced and directed by J.R. Bookwalter (“The Dead Next Door,” “Robot Ninja”), “Ozone” is the shot-on-video epic Videoscope calls “an exciting, fast-paced action-horror hybrid that never lets up the momentum.”

A nameless psychopath who videotapes the horrific murders of beautiful, young women discovers that he may actually be a character in someone else’s snuff film. Bonus features include: Commentary track, Trailers

Regine is a fragile young woman trying to build a new life – safer and happier than the one she had as a child. Escaping her trauma is not so easy however, and when her grandmother is brutally murdered, Regine must return to the village she once left and revisit the gruesome horrors of her past to protect herself and her family.

A young horror-movie fan (Alexis Wawerka) is caught sneaking into a graveyard. The Keeper (Jean-Claude Dreyfus from City of Lost Children) doesn’t immediately call the police, instead reading to him from The Book of Tombs – the most bizarre and frightening stories linked to the ancient cemetery. What follows are six macabre stories, filled with evil creatures and unearthly events, which will test the young man’s sanity before the dreadful night is over. Also stars scream queen legend Linnea Quigley! Bonus features include: Photo Gallery, SRS Trailers, Making Of, Trailers, English and German Subtitles

After the sudden death of their wealthy father, two estranged sisters return to their family home to sort out the estate. To the shock of plain, conservative sister Billie, their father has willed the bulk of his assets to her, leaving the sultry and rebellious Harriet with just a small monthly trust fund payment. As Harriet schemes to get a bigger share of the money and their father’s attorney maneuvers to curry favor with the sisters, Billie begins hearing strange, unearthly noises in the house. With her delicate mental state unraveling from the strain, she must confront a horrible childhood secret that she shares with Harriet, one that will lead her to face the ghastly supernatural creature known as “The Barghest”.

For the insatiable Horror Freak, there is no other box to behold, not even the dybbuk box has the power of The Horror Box!The handle cranks, the box opens, you hear the shrill cackle of the Horror Box Gremlin unleashing its evil upon the universe. Includes the films Blood Tales, Self Tape and Terror on Film.

TERROR FILMS Teams with FILMISNOW for the Release of Twenty-Three Horror Titles! 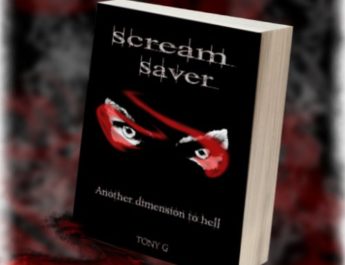