This Fall the Monsters are Real! 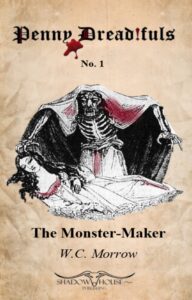 Now, Shadow House Publishing unleashes 200 years of terror onto the 21st century! Penny Dread!fuls reimagines this tradition by combining the best horror stories of the 19th and 20th centuries with modern technology and convenience. 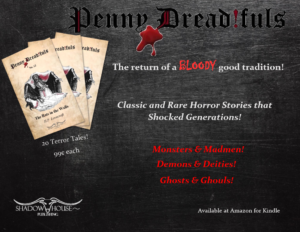 An exclusive e-book series, each volume features an introduction and author biography for literary and cultural context. Designed for today’s whirlwind lifestyle, each is readable in a single setting and costs only 99¢!

From the screaming excesses of gothic fiction to visionary cosmic horror, PENNY DREAD!FULS focus on quality, craftsmanship, and diversity. Collected from the 19th and early 20th centuries, there is something for both the new fan and the dark devotee. Macabre masters are featured alongside neglected authors, some of which make their e-book debut in this series and have not been reprinted for over a century. 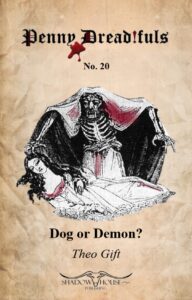